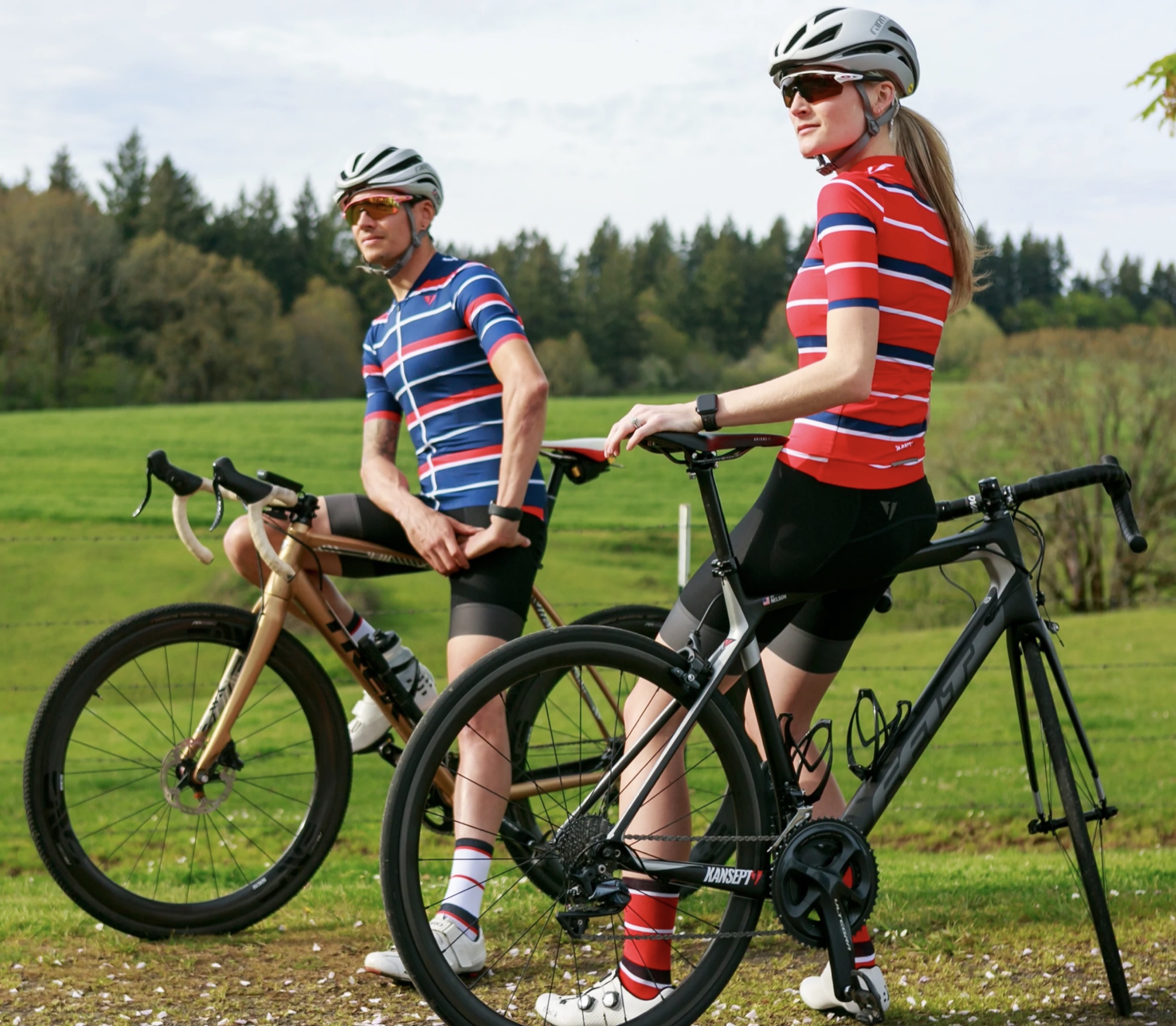 Nelson’s resume in the apparel design field includes brands like Pearl Izumi, Patagonia, DaKine, Fox Racing, Merrell and others. He graduated from Rhode Island School of Design then moved from Boulder, Colorado to Portland in 2004 to work as senior apparel designer for Nike’s ACG (All Conditions Gear) brand.

The company’s initial offerings include a selection of jerseys ($120), bibshorts ($175), socks and t-shirts for men and women. The collections went live last week.

Nelson says Kansept1 brings two of his passions — cycling (especially the competitive side of it) and product design — “full circle”. “I first started bike racing when I lived in New York City back in the late 80’s and early 90’s,” Nelson shared in an email yesterday. “For most of my time in NYC, I didn’t own a car so my bike provided an escape on the weekends out of the city on long club rides and races up to Westchester County and Nyack and out to Long Island and New Jersey.”

Nelson, now 58, still loves to ride and race and still designs products he’d wear. Asked how he’d describe Kansept1’s aesthetic, Nelson said, “That’s always a tough one to answer without sounding a bit pretentious isn’t it?  But I suppose it would be ‘modern classics’.”

Cycling apparel is an extremely competitive market and Nelson will fight for customers along brands like Rapha, MAAP, Le Col, Eliel and many others. That’s a far cry from Nelson’s early days at Pearl Izumi. “There were really only a handful of genuine players in the industry and, to be frank, they really weren’t doing a great job on the style and fashion side of it,” he says. “Today’s cyclist is more sophisticated and better informed and they’re demanding more and better choices, style and quality.”

The first collection from Kansept1 is road/gravel focused, but Nelson says a much larger offering is in the works. 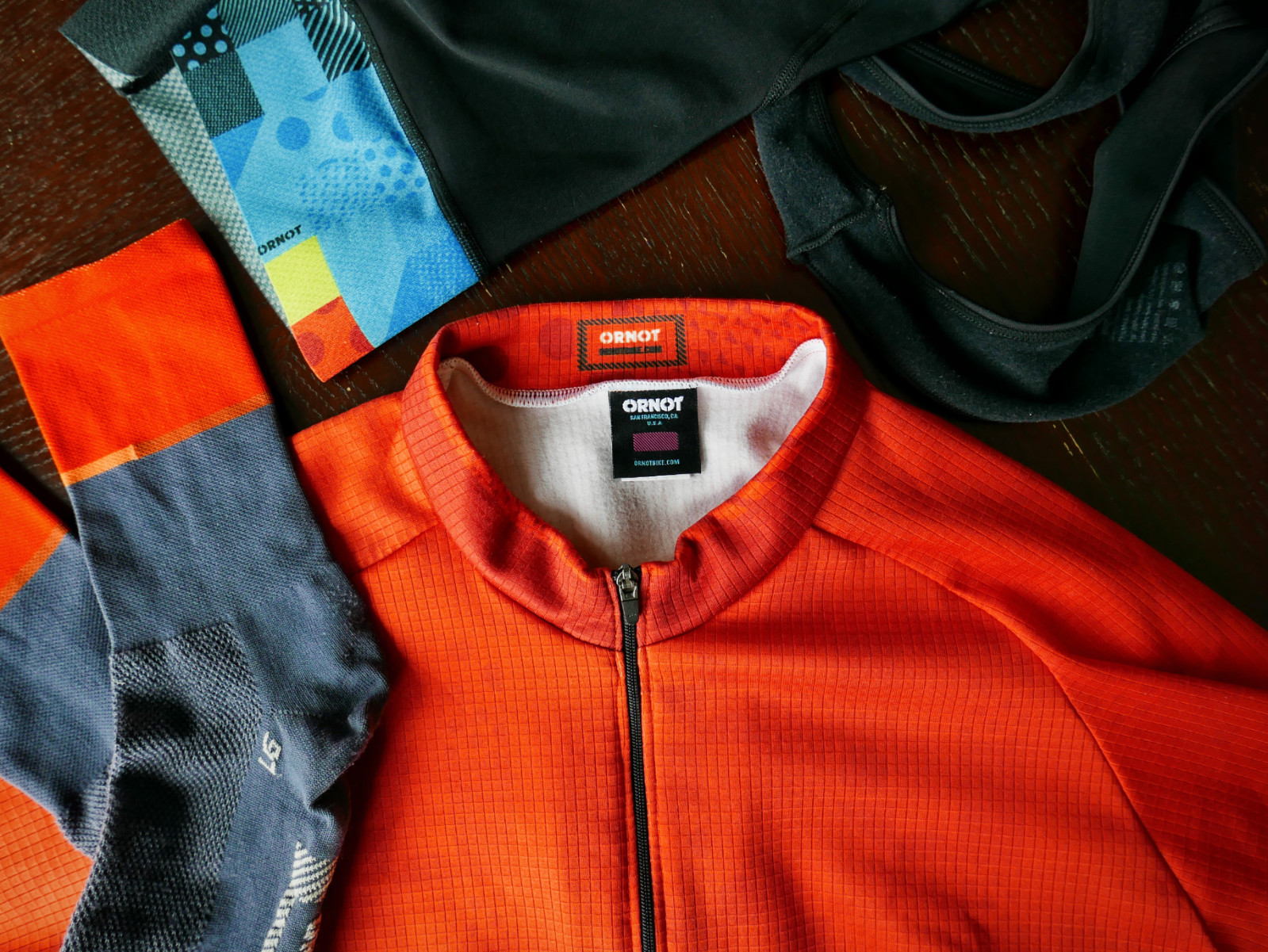 Pretty psyched for a change of season, I ordered up some new gear.

I needed some new colder weather kit and wanted to try something different, so I grabbed a few things from Ornot, a smaller San Fransisco company that has been around for about four years. Ornot’s brand stuck in my mind from the play on words in their clever marketing campaign: “You can be a rolling billboard, Ornot.” The whole point being that their kit has no logos, no sponsors, no massive branding. In the cycling world we’ve all been subjected to logos everywhere on cycling kit — some tastefully done, some not. Browsing through the website you see an array of products all with minimal branding and really nice patterns and designs.

I ordered up some winter bib shorts, a winter jersey and socks for the full matchy-match look.

Here are my impressions…