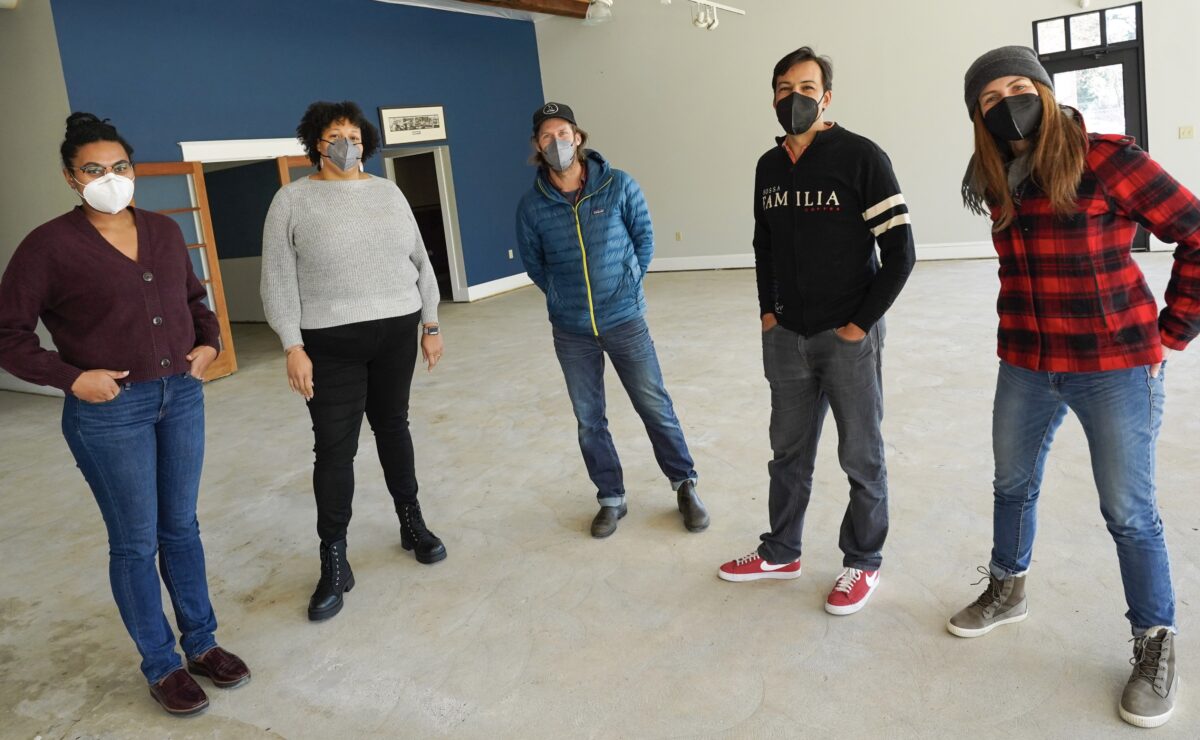 A nonprofit bike shop that serves the southeastern edge of Portland will move to a larger space in the Mill Park neighborhood. 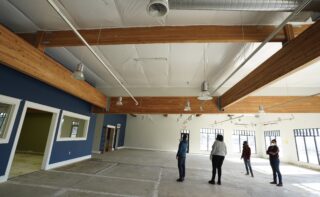 Bike Works by Pear has operated alongside the Rosewood Initiative, a community development nonprofit, in a space on Southeast Stark and 162nd for the past four years. The two organizations have now teamed up to lease a much larger space further west on Stark at 141st that will allow both organizations to expand their footprint and their missions.

Bike Works is a program of Pear Works, a nonprofit that supports homeless youth with mentorship opportunities. The program includes a mechanic school that operates from the Pear location in northwest Portland. When participants graduate from that program, they can get paid internships at the bike shop.

Rosewood Initiative Executive Director Sabrina Wilson credits Oregon Senator Kayse Jama and House Representative Andrea Valderrama for helping to secure federal American Rescue Plan funds for the project (the zip code served by Rosewood was one of the hardest hit by Covid in the state). Engkjer said the partnership with Rosewood and grants from East Portland Action Plan have helped prime the bike shop for this opportunity.

Bike Works by Pear is a full service repair shop that sells used bikes and also runs the Everybody Bikes program that provides free bikes to people in need. “And it’s not just us handing out a bike,” Engkjer shared when I met him and other partners at the new space in January, “It’s really that partnership with Rosewood and other members in the community. They know the need, and then are coming to us with a referral.”

Wilson says the new space, “Is an opportunity to really put down roots as an organization long-term so we can continue the work.” “The main point of this is to ensure that we’re here forever and that we can have community ownership over this space. That’s really important.”

Part of Rosewood’s work has always included advocating for a healthier and safer built environment — and that includes road infrastructure. Wilson said the people she serves suffer from a dangerous, disinvested, and disconnected transportation network and that creating more access to mobility options like bicycles is key to their mission. Looking out the large windows of the new space onto cars speeding down SE Stark street, Wilson said, “It’s a car-dominant area where you have people who rely on public transportation and walking to get to the places that they need to get to, so we need to think about having sidewalks where you can walk and their aren’t cars flying 50 mph past you.”

More access to bikes ticks a lot of boxes in Rosewood’s work. “Going back to the economic development piece of it, people rely on these transportation options to get to their jobs and things like that,” Wilson said. “And so we work very closely with the Portland Bureau of Transportation and Metro to constantly be pushing forward improvements in this area so that they can come to places like this community center and feel safe getting here.”

They’ll have plenty of work to do given the grisly legacy of SE Stark.

Wilson is also excited about how the lot has green space and safe places for people to gather. She referred to their current location — that has no green space and is located in a retail mall facing a large public parking lot — as “an island of concrete.”

Engkjer said one of the ideas is to build a bicycle skills area and pump track in the unpaved part of the lot.

Pear Development Director Brandie Rajbhandari was also at the site visit in January. “As far as thinking about public health and being able to have accessibility to bikes in this community, for an area that honestly is not as pedestrian friendly as other parts of the city, is going to be really important.”

Having great coffee on-site will also be really important. That’s where Nossa Familia Coffee has stepped in. They’ve already worked with Pear on their coffee window in Old Town, and Engkjer is very enthusiastic about building a coffee shop or at least having a coffee cart at the new community hub.

Nossa Familia Founder Augusto Carneiro has already committed to help. “We live here and we breathe here, and I always think, how do we as a business create a net positive impact in the community we’re in?,” Carneiro said. “We can make people happy with coffee, but we can’t really fix societal problems with coffee, so we started partnering with local organizations like Pear.”

For the month of March, Nossa will donate 50-cents from every bag sold of their Full Cycle roast to Bike Works by Pear.

Construction on the new space is already well underway and the community hub and bike shop are expected to be open by this summer.

This is fantastic. Looking forward to visiting perhaps with a contingent of BikeLoud folks this summer. Stay tuned…

Cool Hami. I’d be happy to connect you to Nathan when the time is right.

Awesome! Would love that. Thank you.

They will need very good security in that part of town.

Rosewood has been a great partner in East Portland and the area deserves some attention. Unfortunate there is no bikeway of any sort to get you to the new facility. There must be a back way in?
Safer Outer Stark should be completed in 2024, but Outer Division Safety project was supposed to be completed in 2018, so maybe by 2026 for Stark?

Augusto and Nossa Familia have ALWAYS been community-oriented. Even when they were just starting out they gave back to the community – either in time, coffee, or $. Nossa was also one of my favorite Cycle Oregon vendors/supporters back in the day. So much respect for how they choose to do business!