Closed after Gorge fire in 2017, the Oneonta Tunnel is now open and ready to ride

(Left: East end of the Oneonta Tunnel in 2017 after the Eagle Creek Fire. Right: All cleaned up and ready to ride today! Photos: ODOT)

Almost four years after it was burned and badly damaged in the Eagle Creek Fire, the Oneonta Tunnel on the Historic Columbia River Highway State Trail is once again open for biking and walking.

When fire ripped through the Gorge in September 2017 one of its victims was this historic tunnel. First opened in 1914 as part of the legendary highway, it was closed to all traffic in 1948. ODOT restored it in 2009 for use as a biking and walking path and it became a signature piece of the Historic Highway path.

The Oneonta Tunnel is about 2.3 miles east of Multnomah Falls. ODOT announced the reopening of the tunnel yesterday.

Here are before/after images of the west end of the tunnel: 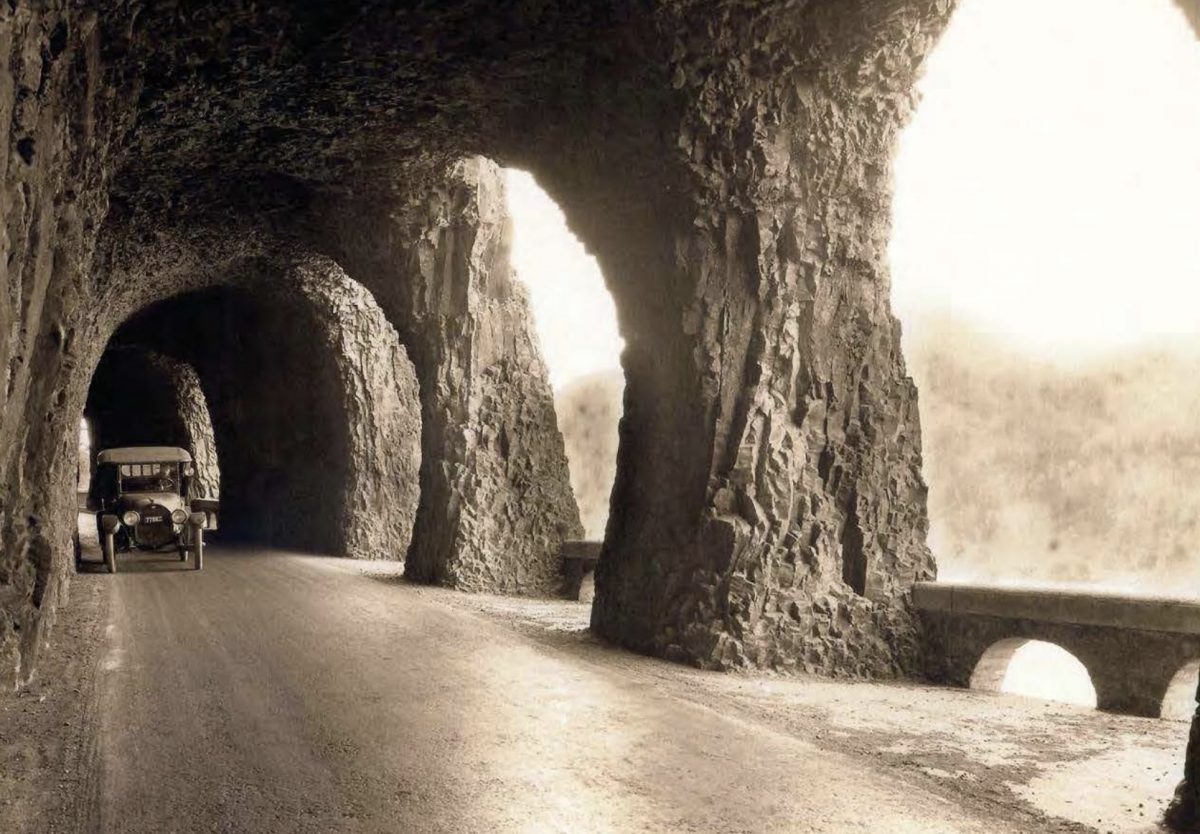 In related news, ODOT will break ground on an other Historic Highway tunnel today. The Mitchell Point Tunnel (about 5 miles west of Hood River) is the famous section of the highway that had arch windows that allowed drivers to look out onto the Columbia River. The picturesque tunnel was destroyed and left abandoned when Interstate 84 opened in 1956.

As one of the final pieces of the Historic Highway State Trail project, ODOT will bring this 655-foot tunnel back to life, complete with five arched windows to keep in line with the traditional views! We shared teaser images of the new tunnel back in October. The groundbreaking ceremony will be broadcast live on YouTube May 6th at 6:00 pm.

If all goes according to plan, the Mitchell Point Tunnel will be completed by 2023. This project is one piece of the “Final 5 miles” of the 73-mile Historic Highway restoration. 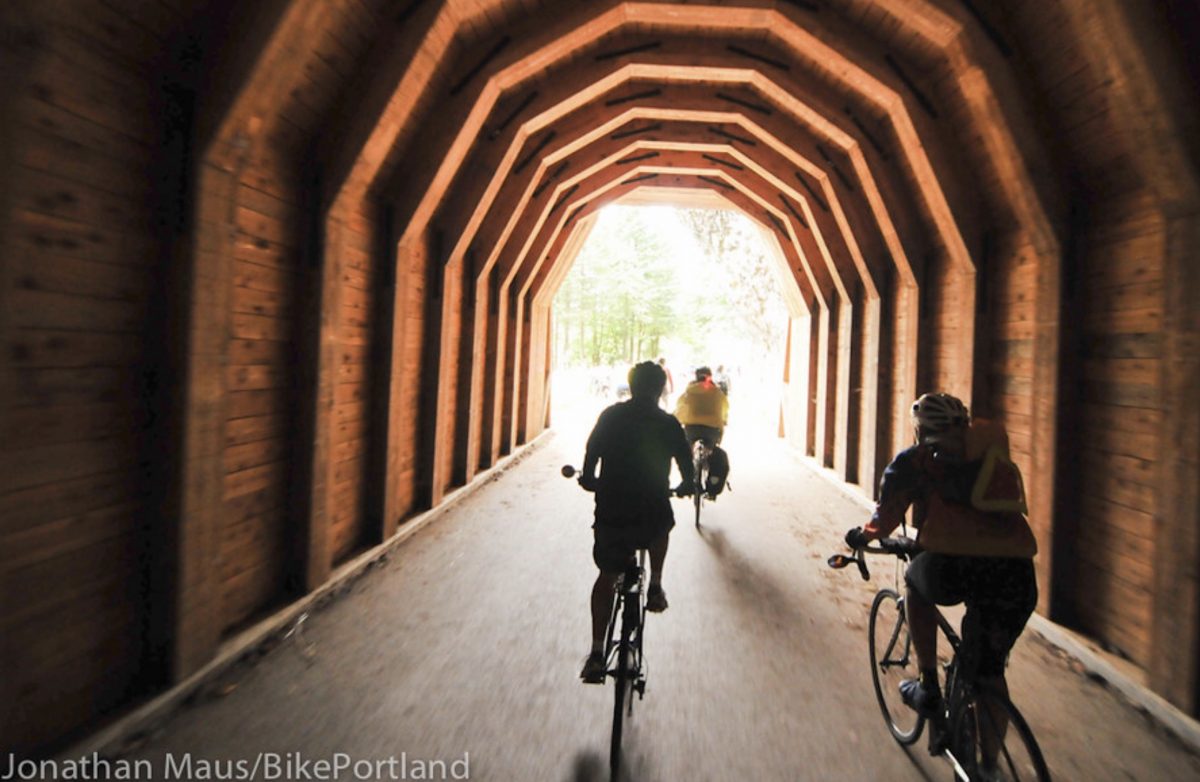 Riders in the Oneonta Tunnel in 2013.

Great to see these wonderful projects! One small correction, though. Interstate 84 (nee I-80N) opened in 1957. Think you just transposed a couple of numbers.

And according to the ODOT page for the Mitchell Point Tunnel project, the tunnel itself was destroyed in 1966 due to widening of I-80N/I-84 (it had already closed in 1953):
https://www.oregon.gov/odot/projects/pages/project-details.aspx?project=HCRHMP

Yay! Way 2 Go Oregon! I cannot wait to ride it once that gap is completed.

This is great news! I was worried that it might’ve been a LOT longer until Oneonta Tunnel was reopened, or perhaps it wouldn’t be reopened at all. And perfect timing too: The HCRH was closed from Corbett to Bridal Veil the past couple months, but just reopened.

Vote Up1Vote Down  Reply
« Father of teen killed by driver on Hawthorne Blvd questions city’s repaving plans
Has our comment section improved? I think so »