In 1995 Bruce Buffington organized the first-ever Beaverton Bicycle Safety Fair, an event inspired by his own fall where his un-helmeted head hit the pavement. That first year the fair lasted a week and included a criterium race, group rides, a bike safety rodeo for the kids, free bike registrations, a legal clinic, and more. That event would eventually morph into the nonprofit Northwest Bicycle Safety Council, which Buffington launched just before he retired in 2005.

NWBSC became a mainstay on the west side in recent years by participating in annual events like the Hillsboro Tour de Parks, Beaverton, Banks, & Beyond, Bike Beaverton, and Cycology Today, a local cable access television show*. The organization was primarily known for fitting free helmets to anyone who needed one. NWBSC President Ann Morrow estimates they’ve placed over 17,000 helmets on the heads of bike riders region-wide.

This week the organization announced it had reached the end of the road and would dissolve.”While we still believe adamantly in our cause of bicycle safety and particularly helmets properly fitted on heads, we have struggled to find volunteers to continue this passion,” Morrow wrote in a letter to supporters. 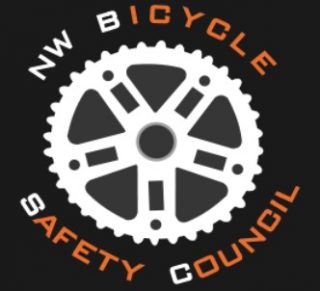 Long time volunteer Gary Brannan said the impact of the organization went far beyond bicycling and to any activity where a head injury could occur. Brannan credits NWBSC with “extending the range of bicycle safety consciousness” through their helmet giveaways and partnerships with local schools, Legacy Emanuel Hospital and the Marine Corps Toys for Tots program. “Our greater community will continue to benefit from the ‘seeds’ that Buffington and his organization planted,” Brannan shared in an email Sunday.

The NWBSC has donated all their remaining assets to Bike Clark County, a nonprofit that serves southwest Washington. Bike Clark County Executive Director Peter Van Tilburg said they were “humbled and honored” to receive the donation of supplies, a utility van (which they didn’t need, so they donated it to a Portland area nonprofit), and some funds.

NWBSC: thanks for considering AND making a donation to Bike Clark County.

Can anyone [with more direct knowledge] chime in on, if this is another “signpost” as to the evolution in bike safety advocacy focus: vehicular cycling / helmets as THE solution vs. complete streets etc?