Biketown use has declined 75% amid virus outbreak 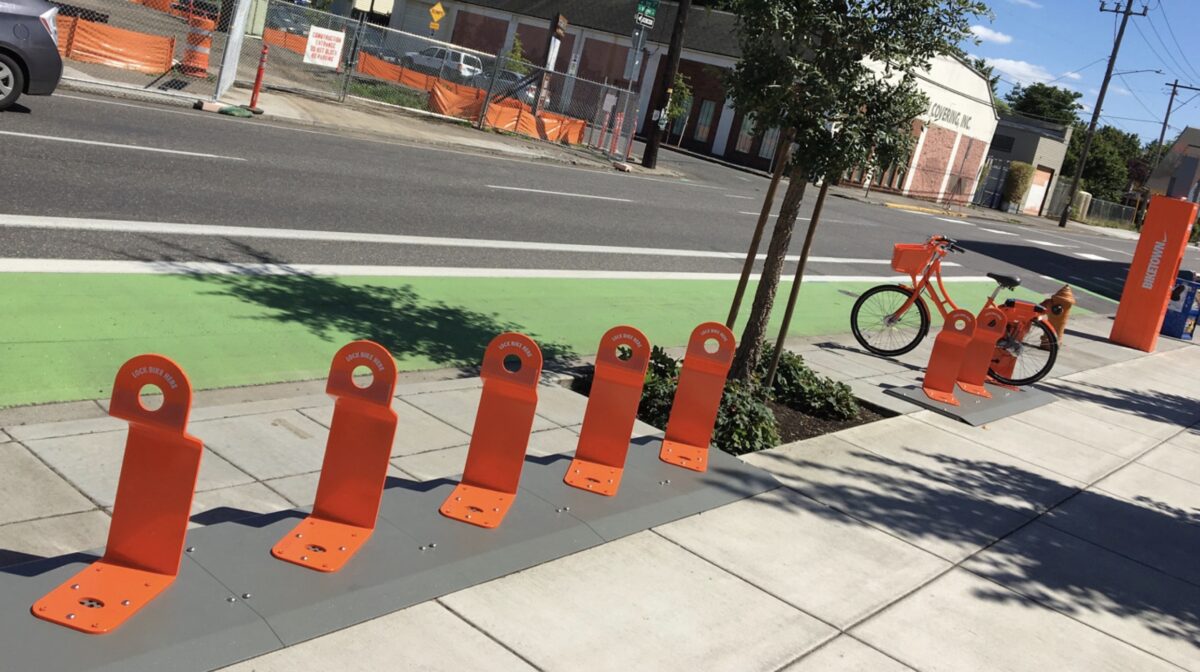 When Biketown launched in 2016 it was considered by some to be a cycling version of public transit. So it should come as no surprise that it has suffered a decrease in ridership like that of its more well-known transit cousin: buses and light rail.

According to publicly available ridership data, Biketown use has dropped by 75% through mid-to-late-March of this year, compared to the same timeframe last year. Between March 10th and 29th 2019 there were 18,685 rides on the Biketown system. This year the system recorded just 4,714 rides in that same 19-day period. That’s just under Biketown’s record one-day high of 4,792 rides. And to compare with transit, on Friday TriMet announced rides on their system were down nearly 50%.

To help calm fears and make sure their vehicles are virus-free, Biketown says they’re following guidance from the Centers for Disease Control (CDC) and local health officials. They’re disinfecting high contact surfaces on service vans and staffers are wearing gloves when handling bikes. Biketown is also encouraging users to wash or sanitize hands before and after using a bike.

The fall in Biketown use comes as two of Portland’s four micromobility operators have ceased operations. Lime and Bird are no longer available, and Razor has “scaled-back” operations.

Asked for updates today, a Biketown spokesperson didn’t announce any change in plans: “We recognize that BIKETOWN is a preferred transportation option for many in our community during this time, and are proud that our ongoing bikeshare operations allow Portland residents to complete essential trips while maintaining social distance.”

Lyft, the parent company of Motivate, which operates Portland’s Biketown system, has adapted to the coronavirus epidemic in other cities. Lyft announced last week that certain types of essential workers can get free or reduced fares on bike share systems in New York City, Chicago and Boston. So far there aren’t plans for similar discounts in Portland.

On a related note, the Portland Bureau of Transportation says a planned major expansion of Biketown that would create a citywide service area and add electric bicycles to the fleet, is still going to happen. PBOT hoped the new system would be up and running by this spring, but communications director John Brady said today that contract negotiations and the public health emergency will delay any system changes into later this year. Motivate’s current contract with the City of Portland runs through April 30th.

Bike share use in Honolulu has seen a similar drop – to what Biketown reports – as the Waikiki hotels are now closed and folks work from home in week three of CV19. Now about 1000 bike share trips per day; we are still 24/7. TheBus went from 200k trips to 69k trips per day last week and today they starts service cuts. We will see if bike share picks up use as transit cuts back.

I *almost* used one yesterday… but decided to walk instead. I suspect it’s going to take a while for people to get used to touching things in public after we’re released. I’m surprised how quickly my behavior has started feeling “normal”.

I’ll add a bit of a prediction: when this is all over, folks are going to shy away from transit and bikeshare, where (mostly harmless but seemingly menacing) microfauna are also shared, preferring instead personal vehicles (cars mostly). This will increase demand for driving, leaving transit for those with fewer options.

I think it’s going to take a while for most of us to re-embrace the public realm. This will have impacts beyond transit, of course, likely extending to housing as well as businesses that depend on gathering crowds (like bars). Now that many of us have proven (to ourselves and to our employers) that we can work remotely, a house in Tigard with a yard may look more attractive than an apartment on D-Street. The New Urbanism may yield to the New Suburbanism or even the New Ruralism.

I’d much rather hop in my Tacoma than Tri-Met right now.

With everyone staying at home now, has bike theft in Portland changed at all?

I know in my community petty theft and black-on-black murder is way down, but alas domestic violence and reported child abuse is way up.

Nextdoor is similar, at least here in Piedmont and surrounding hoods.

Thanks for the info, has anybody else seen this?

I’ve been watching the can-return fiasco. People with no formal job often rely on can collection for cash. As that gets harder to do it’s no surprise that some of them turn elsewhere. This is not a poor-people-are-bad situation. People who own three houses and a boat have madoff with a little stray cash here and there.

You are right that this is not a story of “poor people are bad.”

The story is “bike thieves are bad.”

I lock my bikes or bring them indoors, sometimes lock them indoors, because I don’t approve of my bikes being stolen and don’t care to support bike thieves. However: the only times in my life that I missed a meal were when I was doing something that was more fun than eating. Never had a hard drug habit. These are things that to happen to people, sometimes people we know.

Exception to that missing meal thing: on the freeway between St. Louis and Louisville there is literally no food. I thought I was going to die. As hunger goes, maybe not such a big deal, but I can see how a day or two of not eating, and sleeping in the cold, might change a person’s idea of what’s right. My parents grew up on dirt farms in the depression so they had really clear ideas about how to keep some food around. With their example I’ve avoided stealing your bike up until 2020.

I heard that Citibike use was up in NYC, ’cause *the subway*, which may be the reason for the high infection rates in Euro cities (Spain, France, etc.) with Metro systems, too. I could be wrong though, or it may have changed. Also, BSNYC had a blog post or column in Outside about bike shops being an essential business.

[Sadly] bikes have long been the currency of the black market in many cities, especially Portland for 2 decades+. And so it should not be surprising in these days of no job / no income and few if any “pan-handling” / “can collecting” type income streams as traffic / foot traffic falls downtown.

And sadly 2x…most folks have more secure bike parking at work (either due to higher theft risk or luck working a a bike friendly business) and worse at home (building code does not require it)…especially with those dang “kids” leaving gates and doors open as they run in and out of the garage or back yard all day!! 😉 [Its hard to Zoom all day and keep your eye on your bike.]

Since we recently established here in the comments that the ratio of tourist to local use of bikeshare bikes is known by those surveying biketown users but specifically not published we don’t know to what extent decline in usage is due to a (presumed) decline if not disappearance of tourism.

ok, can we take out those annoying Nike bike parking spots.. or make it ok to park regular bikes there too..In my opinion, they have blocked many sidewalks etc..

IMHO this is the most seriously broken thing about Portland bikeshare.

Little late, but looking at their data, it seems that usage should be going up at this time of year (and for the nice weather right now) but has instead plummeted. It would be interesting to plot the data on a years-over-years graph comparing same months.