Biketown will be free for 11 days this month 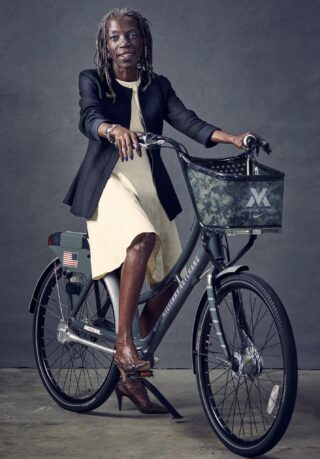 In honor of National Bike Month, the City of Portland has announced that Biketown rides will be free from May 9-19th.

We’ve heard from readers that the free Biketown promotion last May helped them convince co-workers and friends to give it a try. It won’t be free all month this time around, but 11 days is better than nothing right?

Free rides in May was very popular last year. Biketown set a one-day trip record nine times during the month and over 14,000 people used the bikes — 78 percent of which were first-timers.

The City of Portland chose these days so people can ride free on Bike to Work Day (5/17) and Southeast Sunday Parkways (5/19). And don’t forget today is also the first day of the Bike More Challenge, the friendly competition to see who can ride the most in May. So far over 800 organizations and 8,000 people in Oregon have signed up.

To activate the free rides, select the “Pay-As-You-Go” option when you sign up via the app between May 9th and 19th and they’ll waive the registration fee and per-minute charge.

How about more bikes and stations?

I find the bikes and stations adequate when/where I use the system. What I would like to see is a larger service area.

That picture is AMAZING! Yes JoAnn! You have a VIP spot at the bike valet anytime.

I’d prefer to see the bike in use, instead of just posed in a studio for a photo shoot.

How many of the vulnerable road users killed in Portland in the last few years were veterans?

Are photo ops more important than actually implementing something to achieve Vision Zero?

Yeah let’s ask Chloe about that one.

Very stylish. One of the better photos on a bike share bike in a while….plus the heels too. (Extra style points!) Way to Go City Commissioner Hardesty!!!

Heels aren’t a problem if you aren’t actually riding the bike.

Have you ever tried?

Have I tried wearing heels while posing for a picture on a bike? No.

Plenty of people ride bikes in heels, Chris, but we get it. You object to this picture.

OMG you guys commenting about which you have no direct personal experience.

Riding a bike, especially a city bike like Biketown, in heels is actually quite comfortable. The shoes have a firm sole, like a bike shoe, and the heel hooks around the pedal so it’s *almost* like being clipped in. Way more comfortable to ride a bike in heels for 2 miles than to walk those two miles in the same shoes :).

I like it! Might even start using them. I just don’t like cheeto orange. Plus, I served my time serving our nation, so extra points on the veteran boost.

Do I need a mobile phone to use them?

The biketown bikes are actually good as hell. Kind of want to do reach the beach on one just for laughs

Vote Up0Vote Down  Reply
« Wheeler, Peterson seize Albina Vision as justification for I-5 freeway expansion
The first mile of the Salmonberry Trail has been built »