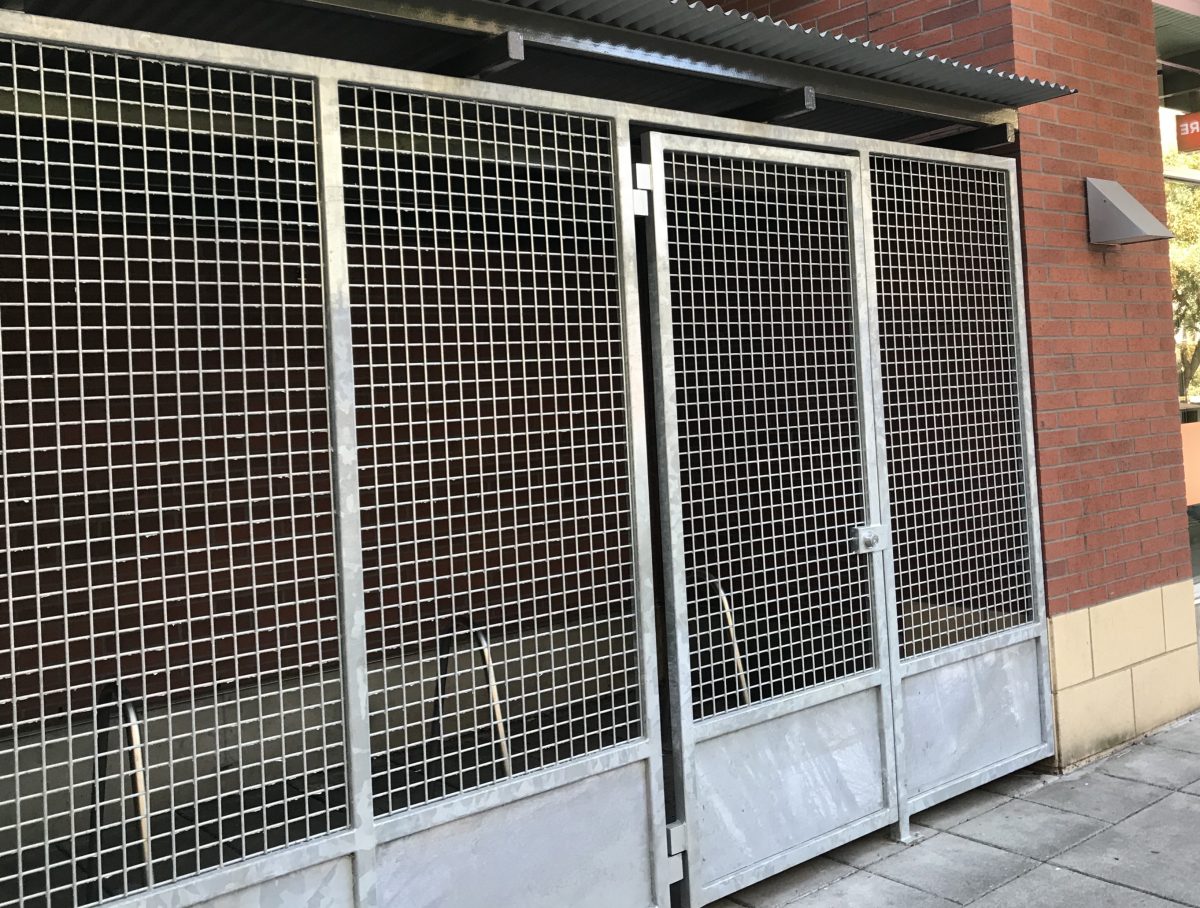 Gates succeed at keeping everyone out; but they fail at complying with city code.
(Photos: J. Maus/BikePortland)

The owners of the Asa Flats & Lofts in the Pearl District wanted to prevent people from sleeping in alcoves of their building along Northwest Marshall and Lovejoy streets. Their solution was to erect large metal gates. But the gates kept out more than people seeking refuge, they also prevented customers of nearby businesses from accessing bike racks.

“They installed the gates on the alcoves where the racks are located to secure the location from loitering and vandalism.”
— Alex Cousins, City of Portland Bureau of Development Services

Portland’s building code (section 33.266.210) states that short-term bicycle parking, “should be visible to pedestrians and bicyclists,” and “must be available for shoppers, customers, messengers, and other visitors to the site.”

I first heard about the gates last week when northwest Portland resident Chris Smith pointed them out. He said he would often use the racks when shopping nearby. When he noticed they were closed and locked behind a gate, Smith suspected it was a code violation (Smith happens to be a veteran activist known for his intimate knowledge of city plans and codes) so he filed a complaint with the Bureau of Development Services.

To hear their side of the story, I called Asa and asked about the gates. A man who works at the building’s front desk answered the phone and said, “We had an issue with homeless campers being there, so we put up the cages.” (I left a message for a manager but haven’t heard back.)

This morning, Bureau of Development Services Communications Manager Alex Cousins confirmed Smith’s complaint. Cousins said a BDS inspector followed-up on the issue two weeks ago and verified that the gates were installed, “where the [bike] racks are located to secure the location from loitering and vandalism.”

“BDS sent a violation notice to the building owner and site manager on August 6,” Cousins wrote in an email to BikePortland. “Per City code, they have 30 days (until September 7) to take corrective actions.”

Those actions can be to either unlock and open the gates at all times or apply for a building permit to install a different type of bike rack, such as an enclosed bike locker that Cousins said would, “deter loitering and vandalism.”

Managers of the building have told BDS they intend to open the gates in the near-term while they consider options for a new design.

“Sometimes, as in this case, decisions made have unintended consequences. We thank your reader for alerting us to this issue, which is now being addressed,” Cousins said.

UPDATE 10/1: Chris Smith has shared the image below which we assume to mean that the Asa has now responded to the complaint. We’ve asked BDS if removal of one of the gate’s doors is enough to comply with code. 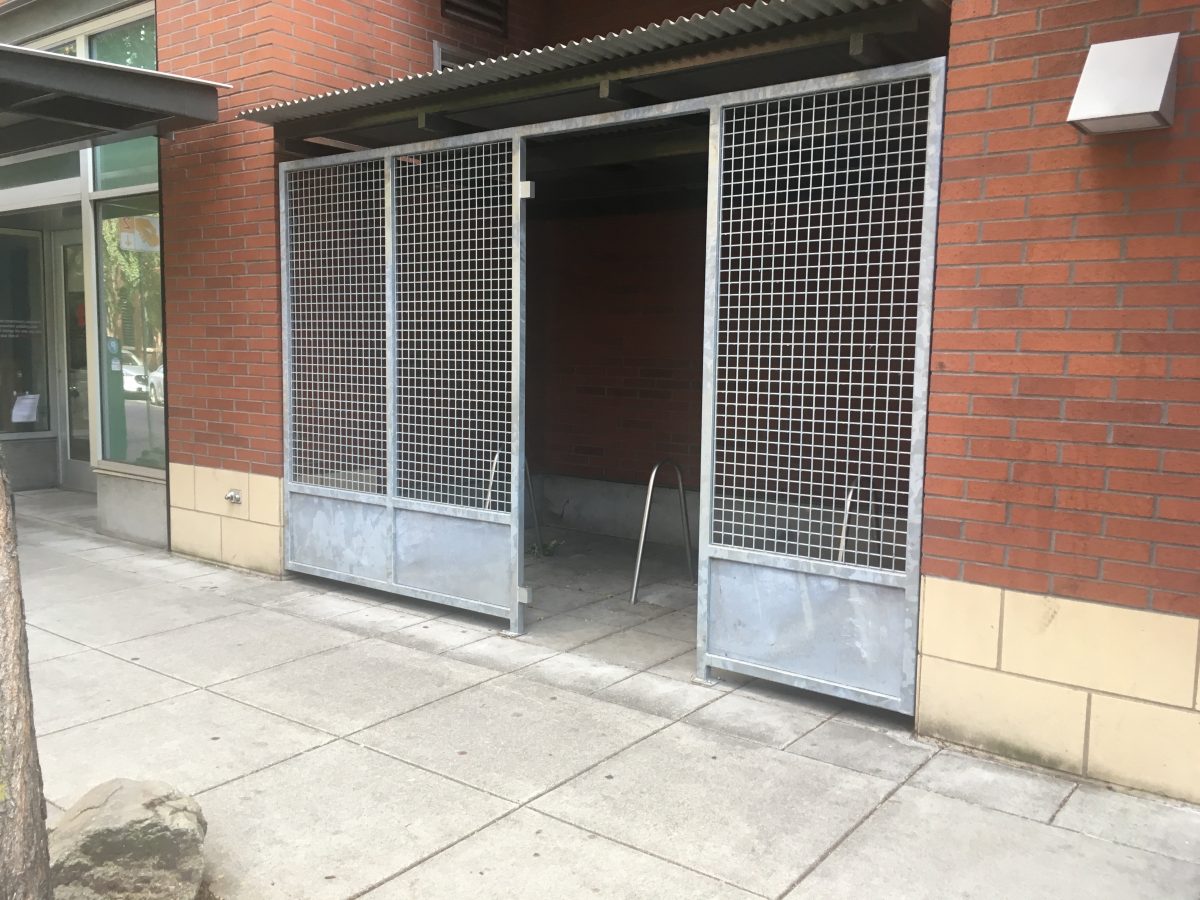 58 Comments
« Guest post: Biking away (some of) my Amazon Prime guilt
Hearts, Minds, and thighs: A Gorge Pedal recap »