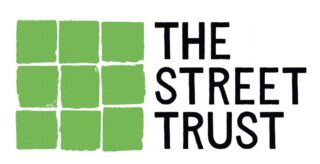 Oregon’s largest active transportation advocacy group is the latest to request that the Oregon Department of Transportation complete a full Environmental Impact Statement (EIS) for their I-5 Rose Quarter project.

In a letter dated today, The Street Trust’s Executive Director Jillian Detweiler says an EIS is needed, “So that project impacts and mitigation can be better developed and understood by the public.”

“The Street Trust is alarmed by the likely impact on walking, biking and transit during the construction period.”

ODOT’s project, which seeks to significantly expand I-5 through the central city and add new travel lanes in a bid increase capacity, has come under heavy fire in recent weeks. The Portland Public Schools Board, Oregon Walks, the Portland Bureau of Transportation Bicycle Advisory Committee, the PBOT Pedestrian Advisory Committee, and others think ODOT needs to take more time to assess the environmental impact of the project.

As far back as last year, advocacy groups were concerned that ODOT was taking a shortcut by completed only an Environmental Assessment instead of a more rigorous Environmental Impact Statement. Both are elements of the National Environmental Policy Act (NEPA) review process.

In joining the chorus of opposition The Street Trust is sounding a note of stronger opposition than the past. In 2017 The Street Trust supported the legislation that funded this freeway expansion (and several others). They did so out of a political compromise, Detweiler said at the time. The Street Trust opted to not sign onto the No More Freeways PDX opposition statement in order to, “Remain consistent with the compromises reached with legislators and stakeholders in the bill,” Detweiler said at the time. “We just think it demonstrates integrity to not take a lead throwing pot shots at an element in the overall package we supported. We don’t oppose those who do and and in fact we encourage it,” she added.

In 2017 The Street Trust was cautiously optimistic about the project, saying, “We would love to see this project successfully set a new precedent for how we address urban highways in Portland.” (Also of note back then was a PBOT staffer who said, “This is an innovative project that really makes a freeway project something that is about place-making and that improves conditions for all modes.”)

But their tone has changed since then. At the ODOT-hosted public hearing on March 13th, Detweiler testified against the project. “The EA demonstrates very little improvement on any measure — including auto travel times — for a tremendous amount of money,” she said. “We believe congestion pricing could provide more benefits to all parties and to really create the type of bicycle, pedestrian, and transit facilities we need to face our future.”

In their letter sent to ODOT today, Detweiler takes aim at specific elements of the EA they say fail to live up to promises made in the 2012 I-5 Broadway Weidler Facility Plan that informed the current project: the design of the lids, the new ramp at NE Weidler, decreased travel times for transit, and a lack of quality and detail in the proposed bicycling and walking facilities.

Detweiler is also concerned about construction impacts, how the I-5 project integrates (or doesn’t) with the Albina Vision proposal, and the project’s impacts on Tubman Middle School.

“The Street Trust is alarmed by the likely impact on walking, biking and transit during the construction period and the lack of information in the EA about how this will be mitigated,” states the letter, “Extraordinary efforts will need to be taken to mitigate the huge disruption that will be caused by the construction of the project in an area that sees 8,000 cyclists per day and is the primary portal between downtown and North and Northeast Portland. A five-year setback is not an acceptable outcome for our climate change and growth management goals nor is it acceptable to the individuals who will be impacted.”

According to the NEPA process, the purpose of the EA is to determine if the project will have a “significant impact”. If the EPA makes a Finding of No Significant Impact (FONSI), the project can move to the design phase. If the EPA concludes the project, “is determined to significantly affect the quality of the human environment,” they’ll force ODOT to complete an EIS. An ODOT rep told The Portland Mercury this week that an EA has “the same level of detail” as an EIS. But that’s not accurate. The NEPA website is clear: “The regulatory requirements for an EIS are more detailed and rigorous than the requirements for an EA.”

Thank you, Jillian and the Street Trust!

The Construction analysis in the Air Quality section is also lacking. Construction activities generally use off-road diesel vehicles, which are more polluting than onroad vehicles. It is unclear how diesel exhaust will affect the neighboring communities and school during the construction of the project. Especially with the emphasis of addressing and reducing air toxics by ODEQ and Oregon by Cleaner Air Oregon in recent months.

Gee, screwed over by ODOT again? Who saw that coming? After previously getting rolled by ODOT on the St. Johns Bridge, and the CRC, this backtracking of their support is getting to be a pattern with the BTA/TST. How do they think trying to cooperate with ODOT will get them anywhere? In each of these projects, they were neutralized right out of the gate with empty promises of “world-class bike infrastructure” instead of being the skeptical opponent of the state DOT they need to be. ODOT does not deal in good faith; the Street Trust needs to wake up and smell the asphalt.

When you’re a government agency that can’t be sued you’ll try to get away with anything.