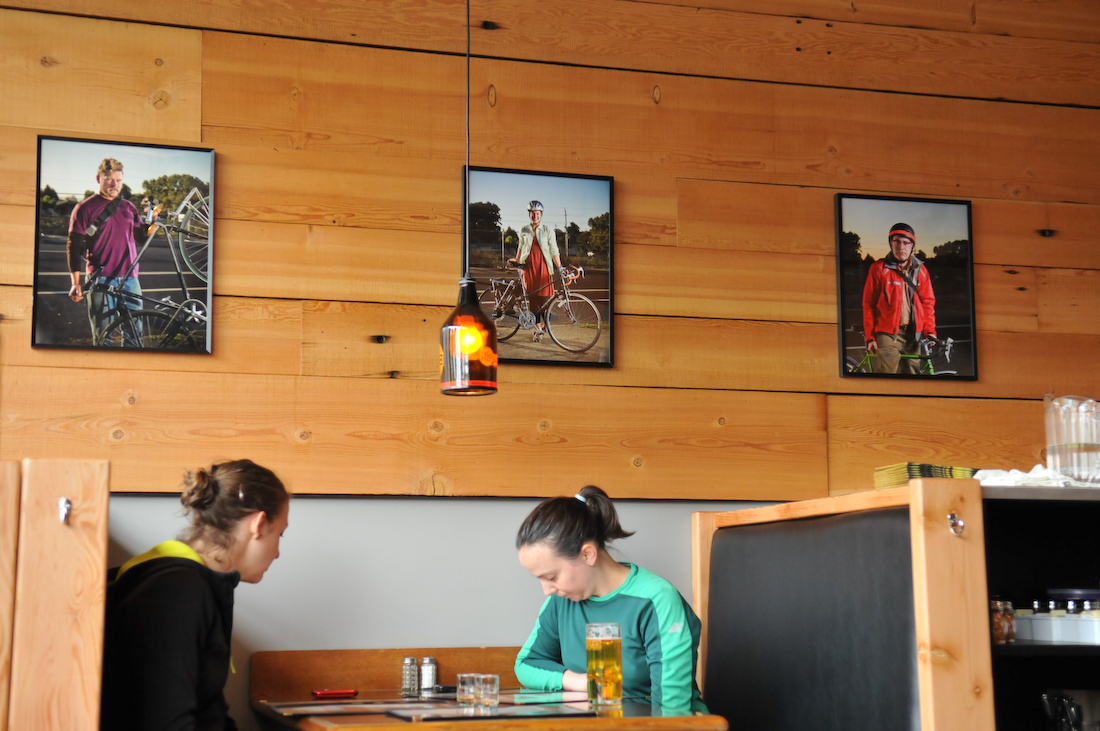 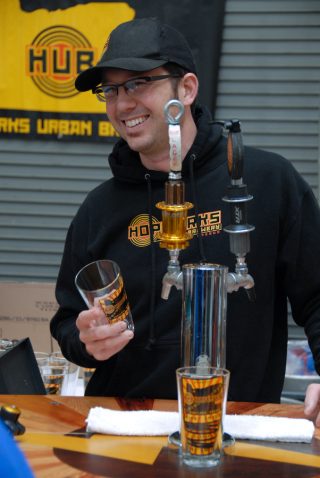 UPDATE, 4/4: Don’t miss reader Ted B’s thoughts after attending the re-launch event. Looks like I might have read a bit too much into this. — Jonathan

Is it yet another sign of cycling’s decline in Portland? Or just a business wanting to freshen-up their image?

No matter the reason behind the change, it’s sad to see “BikeBar” go. It was fun to have a place whose entire brand was devoted to bikes.

BikeBar opened in June 2011 amid a flurry of cycling-centric development on what I consider to be the best bike street in Portland. It was Hopworks’ second location (their original spot was also very bike-centric when it opened in 2008, but BikeBar was next-level) and it was an immediate hit with bike lovers throughout the city. Outside there were stationary bikes that generated electricity. Inside was all manner of bike-themed decor; including a collection of glass bottles held to the wall by water bottle cages, an impressive array of bike frames over the bar, and beer taps made out of bike hub shells. 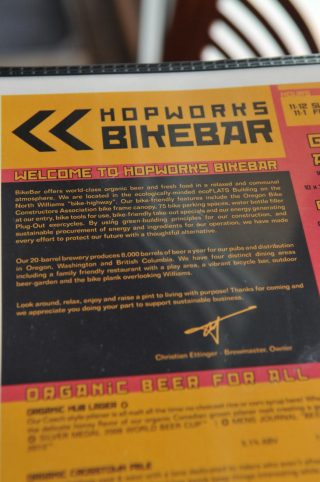 Having a “BikeBar” of our own always felt pretty special. (Photo: Jonathan Maus/BikePortland)

Hopworks Urban Brewery was founded by Christian Ettinger, a bike rider and racer who has been very supportive of our community over the years. His company popularized the idea of a “beer bike” by commissioning the Hopworksfiets — a bike with integrated taps that could carry full kegs and became a scene-maker at events throughout Portland. Hopworks’ original location on Southeast Powell Blvd has played host to the BiketoBeerFest and the Handmade Bike & Beer Festival.

I’ve asked Hopworks to share more about their rationale for the name change. I’m also curious if all the bike-themed decor survived the remodel. I’ll update this story if/when I hear back.

The remodeled space between N Failing and Shaver will open to the public on April 2nd with a party to welcome the new name and the release of three new beers.

For now, let us collectively mourn yet another part of Portland’s illustrious bike culture that has disappeared.