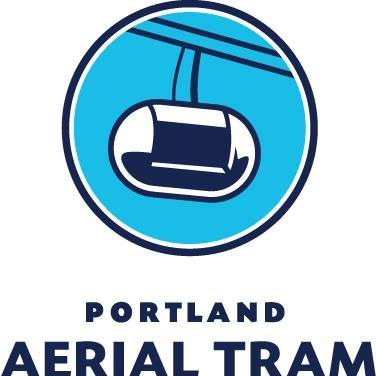 Good news for those of you who rely on the Portland Aerial Tram to get from the South Waterfront up to Marquam Hill: It will re-open on July 9th — that’s 21 days ahead of schedule.

The Tram announced the change of plans today:

“Members of the repair team worked 20 hours a day in two shifts, employed innovative repair techniques and also enjoyed the benefit of excellent weather. This combination of factors led to the scheduled track rope maintenance work being completed in 16 days instead of the originally scheduled five weeks.”

Note that existing shuttles will continue to run (just not so often) through July 11th and the Go By Bike valet stations will remain open at its three temporary locations (Whitaker and Schnitzer parking lots and OHSU Student Center) through July 16th.

In related news, the Springwater Corridor path will begin a four-month closure on Monday (7/9) so the Bureau of Environmental Services and Army Corps of Engineers can install a larger culvert between the Willamette River and Oaks Bottom Wildlife Refuge. That closure was due to begin July 1st but it was pushed back due to expected cycling traffic to the Waterfront Blues Festival and the Fourth of July holiday.

Also worth noting is that ODOT’s major repaving project on I-5 begins Sunday (7/8). A complete closure of the I-5/I-84 ramp is expected to result in congestion and possibly cut-through traffic of epic proportions. Learn more at ODOT’s website.

It’s a pretty sure bet that if you live in the Portland metro area and need to get around using just about any mode this summer it’s going to get a bit rough. Of course there are some modes and destinations that will be more challenged than others.

Glad to hear this work finished early as it will relieve some of the stress on this part of the network.

Curious how folks are planning to navigate the Springwater closure. My commute takes me from NE to Tigard and back, and Springwater + Riverview climb are essential to a low traffic route. SE 17th/19th or the West side of the river both will add significant time, and no way I’m getting back on Barbur in the pre-dawn hours.

I’ll likely take tilikum and take the willamette greenway path to riverview. I usually cut through parking lots between south waterfront and John’s landing to shave off time and join up with the path on Boundary st.

Depending on where you’re going in Tigard, you could take barbur and then ride toward hillsdale via capitol hwy and you’ll turn before the disappearing bridges.

Matthew in PDX
Reply to  jeff

Riding south this morning, I turned left at SE Carruthers and followed the path by the Max tracks to SE 17th and then moved over to SE 19th. My commute was pretty much the same distance and time as normal.

I used a lime e-bike to grab lunch today and…*WOW*…was that thing painfully slow. I had real difficulty keeping the electric assist engaged.

Yeah but we still have a gravel and glass strewn sidewalk on the Halsey/205 overpass so it all evens out. ; )

How is this remotely related to the Tram-work being completed early? Halsey at 205 is nowhere near the tram, nor is that even the responsibility of the same department.

I do believe there is some humor or sarcasm in his statement. Can’t blame folks out that way for feeling a little cantankerous.

If you want any upgrades to infrastructure along this portion of the Springwater, now is the time to push for it, as they have the path ripped up anyway and presumably have plans and funding to replace it. Just sayin’….