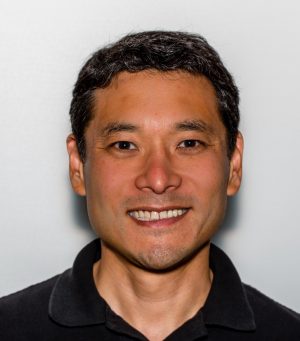 After a decade at the helm, Kenji Sugahara has announced plans to move on from his role as executive director of the Oregon Bicycle Racing Association (OBRA).

OBRA is the statewide sanctioning body of competitive cycling and currently has around 3,700 members who compete in a variety of disciplines including cyclocross, track, road, and mountain bike racing.

Sugahara, 44, was chosen to lead OBRA in 2008. He plans to stay on for another six to nine months to help with a transition to a new executive director. Sugahara tells us his sights are set on the¶ leadership job at the new Office of Outdoor Recreation that was created by the legislature last session. It would be a natural fit for Sugahara, who currently sits on the Oregon Tourism Commission after being appointed by Governor Kate Brown in 2014.

In a letter emailed to OBRA members last night, Sugahara wrote: “I have had some amazing opportunities arise that I cannot pass up so I have decided that this is an opportune time to pass on the torch. Though we have faced headwinds that have been mirrored on the national level, we have a solid foundation with a great plan to move forward.”


Sugahara also said “substantial changes” are coming to OBRA within the next year.

During Sugahara’s tenure membership has grown overall, but it’s currently on the decline. In emails to BikePortland, he shared that the downward growth mirrors national trends. He points to demographic and econonomic shifts, and an “evolution of people’s interests” as causes. OBRA’s recently completed 5-year strategic plan will look to address those issues.

Sugahara at a community forum in on Skyline Blvd in 2011 and in Washington D.C. at the National Bike Summit in 2012.
(Photos: J. Maus/BikePortland)

The decline in road racing is the biggest challenge for OBRA. Persistent doping scandals and a lack of major U.S. stars in the professional road peloton haven’t helped grow the sport. But a stronger force that has pulled people away from the road is that they’re simply doing other fun things on bikes. Unpaved/adventure/gravel riding and gran fondos have surged while cyclocross — which reached a peak in 2012 — remains a perennial favorite.

When it comes to road racing, Sugahara says there are some specific hurdles. Finding venues, volunteers, and obtaining necessary permits are just some of the challenges. “And many racers do not have the time to train 3-4 hours a day to be competitive in many road races.” Unlike cyclocross or mountain biking, Sugahara says, “Once you are off-the-back [well behind the leaders] in a race, you are usually just riding by yourself.”

There are some bright spots on the road. OBRA data shows that Category 5 and beginner fields ticked slightly up in 2017 and juniors are on the upswing as well. The Baker City Cycling Classic notched double-digit percentage growth last year.

When I asked Sugahara to share his best memories, he said there was one that stands out. “My recent favorite has to be watching my 6 year old daughter race the kiddie race at Sister’s Stampede. To this day she loves showing off her medal – and it has definitely stuck in her head.”

Sugahara will now help OBRA pick a new leader. What’s his advice for whoever takes his place? “Always be open to criticism. Never take it personally… You will screw up. I guarantee it. Talk to people outside the racing community… My most important message to the new executive director is to have fun and never ever take yourself too seriously.”

Good luck Kenji! Hope to see you — and your daughter — at the races.

Thanks Kenji! I will always remember your hard work for OBRA and mixing it up with you way back when I was a cat 3 learning the ropes.

Thank you for your service, Kenji. Your video from the Gorge last year pretty much sums it up. Enjoy ;).
https://vimeo.com/161603929
Scott

Thanks Kenji! I really appreciate all the work you have put in to OBRA and best of luck in your new position.

When I saw Kenji’s letter on the OBRA chat I wondered if he was going for the Outdoor Rec job. I look forward to working with him in that capacity, I think he is a great fit.

KMAN! Thank you for all you have done for OBRA! I am thankful and appreciated working with you while on the OBRA Board of Directors. A true honor, and you’ve done so many good things for the cycling community. And I agree, that Oregon Outdoor Rec job sure would be a good fit… Thank you Kenji!

Vote Up0Vote Down
« With offer of access through new Rothko Pavillion, museum asks for bike committee’s support
Hoping to improve safety, PBOT will move Vancouver bikeway to left side »