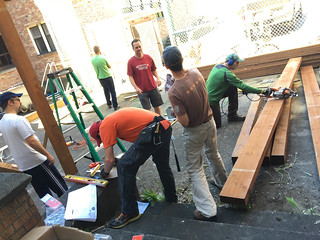 Did you know that you can get a few volunteers together and build a covered bike parking shelter at any Portland Public School?

We wrote about the City of Portland’s school bike shelter program back in 2012. Since then the shelters have popped up at schools all over the city. On Sunday I got the chance to help build one myself at (the newly designated) Ockley Green Middle School in north Portland. It was a fantastic way to create better bike parking at my kids’ school and spend some time with other parents.

In some ways, bike parking shelters do for schools what intersection repair projects do for neighborhoods: The thing you make together is the icing on the community-building cake.


Leading the charge for our project was Joshua Cohen, who happens to be the owner of Fat Pencil Studio, an illustration firm that creates 3-D visualizations (he worked with the city on the Williams Avenue project). His digital mock-ups of the project (see below) were very helpful in guiding us through the build. Cohen is an Ockley Green parent who also spearheaded a project at Chief Joseph Elementary School (adjacent to Arbor Lodge Park) in 2015. 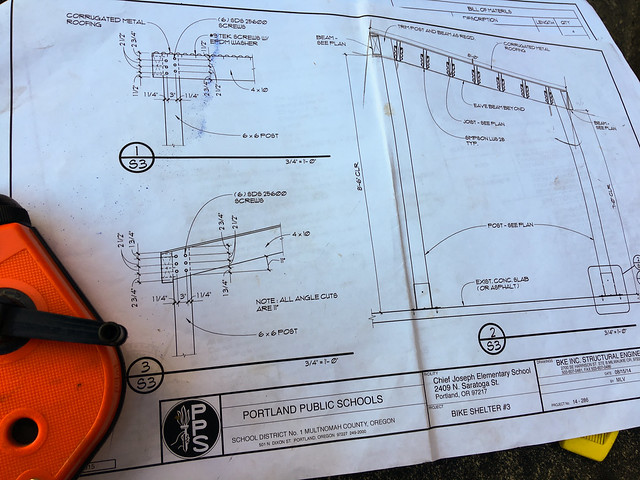 The official plans from PPS were created with volunteer labor in mind and they require no special permits. 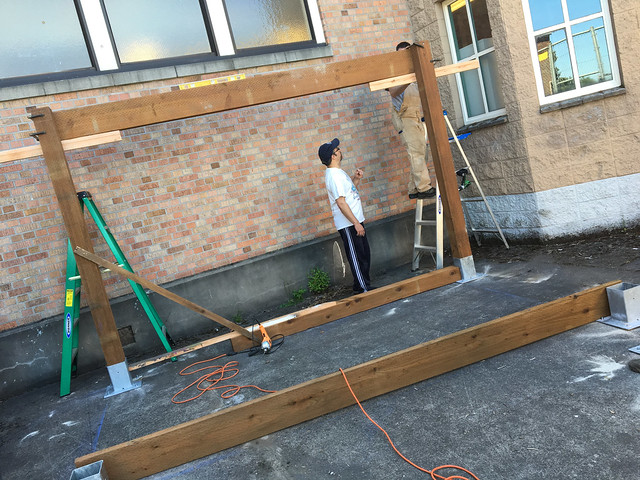 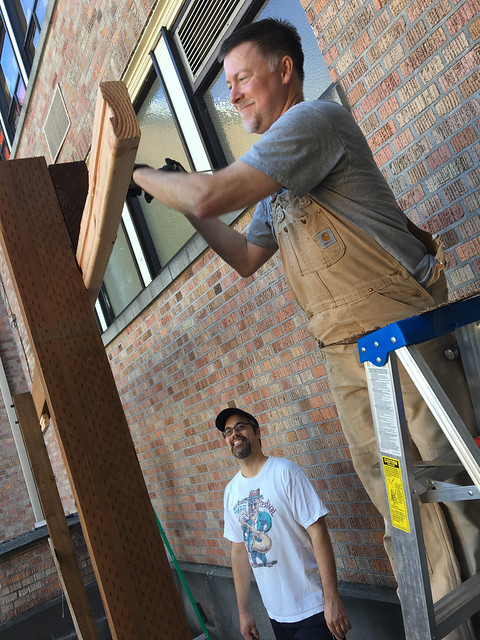 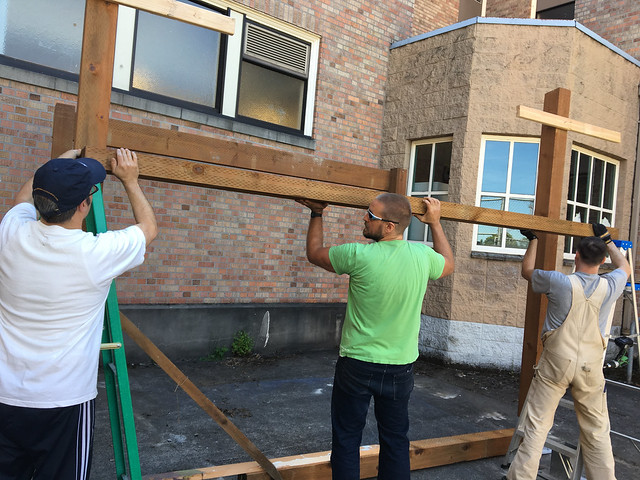 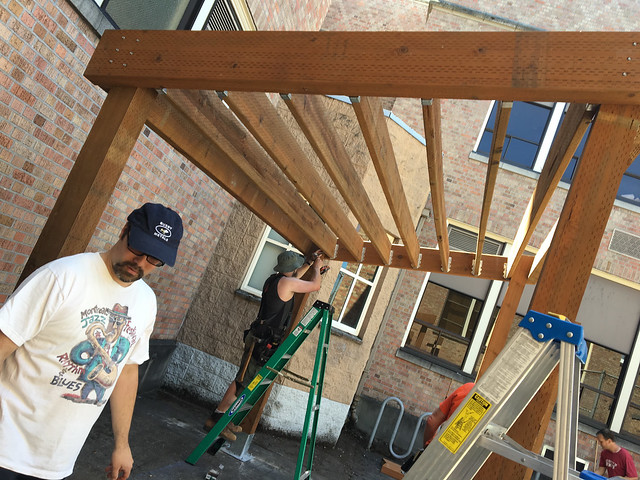 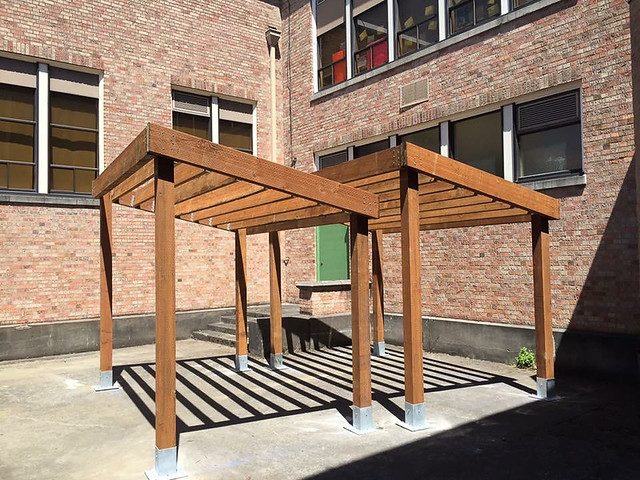 Looking good huh?! All we need is some corrugated aluminum for the roof and the racks (they’re on the way).
(Photo by Jeff Johnson)

Since I won’t be around to see the finished product (I leave for vacation Saturday), Joshua sent me a few images that he’s drawn up: Using 12 standard PBOT staple racks set at an angle, the shelters will have room for 24 bikes. (The grey in this image represents a chain-link fence around the shelters.)
(Images: Fat Pencil Studio)

Cohen has spent months working with PPS to get the final go-ahead. The hardest part was finding a location for the shelters on the campus. They ultimately agreed on a site at the rear of school in an alcove sandwiched between two buildings. It’s not an ideal location (right up front where everyone can see it would be better), but the new shelters will be a vast improvement. Currently the bike parking consists of “wave” racks (a design roundly despised by bike parking aficionados) that aren’t covered.

Working from the city’s design drawings, the shelters were relatively easy to erect. That being said, I’d recommend your crew have at least one person with construction/carpentry experience. The total cost of materials is around $1,000 per shelter and you don’t need any special land-use permit to install one. In our case at Ockley the shelters were part of a $5,000 Lowe’s Home Improvement grant.

We spent half a day with about six volunteers and were able to build two shelters. We didn’t have the roofing material and the racks weren’t ready yet, so it’d probably take a solid day to get everything done start-to-finish.

If you’re interested in doing this at your school, check out the official PPS Bike Shelter Guide (PDF) and learn more at the City’s Safe Routes to School website.

While the plans are approved by the City, I recall PPS was the source of the plans and projects.

What a great program, and the (almost) end result looks good!

Nice job people! We need to get a group together to build one of these at the other neighborhood schools in the area. i.e. Astor, Roosevelt, etc…

Great write up and photos, Jonathan! That was a fun morning. Glad I could lend my highly unskilled labor to the project…..

Good idea but please DO NOT build any of these that aren’t behind the school fence or bikes will just get stolen.
Kids are told not to use the bike racks in front of my kid’s school because several have been stolen which is devastating.