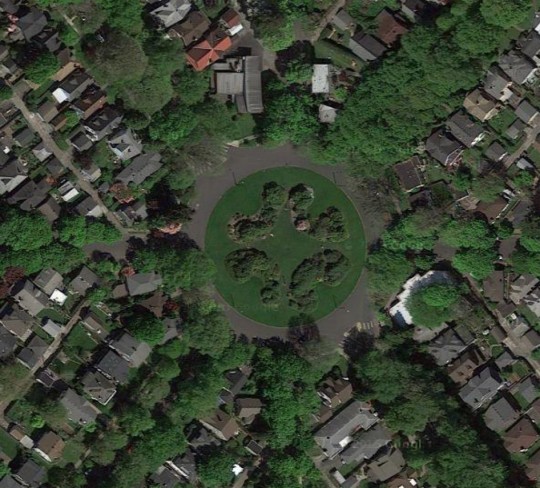 A new event dreamed up by one of Portland’s many creative bike fun enthusiasts could actually wind up making competitors dizzy.


On April 9th a large turnout of riders is expected at Ladd Circle in inner southeast Portland for the first running of the Ladd’s 500. “It’s spring, let’s do something stupid,” described the event’s organizer on Facebook.

“500 laps of Ladd Circle is a century. Form teams of at least 2, switch racers at least 10 times during the race, and turn left for a while. If you want to run it solo, bring two bikes so you can make your switches. Racers are responsible for accurately counting their own laps. Any bike is acceptable, but weirder is funnier. If you’re not racing, let’s party in the middle.”

Actually, forget the Daytona 500, this sounds more like the Little 500 made famous by the classic bicycle movie “Breaking Away” in 1979. Learn more and get the latest updates via the event’s Facebook page.

I’m sure the neighbors are gonna love this.

What if some of the riders are also neighbors?

I’m not sure that matters one bit. I can’t be the only one that thinks an unsanctioned “race” that will last anywhere from 4-8 hours, located in the center of a residential neighborhood is not a good idea.

I was just challenging the common perception that people who ride bicycles are always “from somewhere else” and are automatically different or should have less power/respect that people “live in the area”.

It seems that being in a residential neighborhood is perfect. It’s hard to imagine this making the traffic circle unavailable for car drivers, and there are alternatives anyhow. So what’s the huge problem?

And the bus route?

The only bus that uses Ladd Circle is Line 10, and it doesn’t run on the weekends.

I agree. I suppose it could be argued that it’s harmless enough to let cyclists party on a residential street for one afternoon, but it still seems rather disrespectful to disregard everybody who lives in that area. Also, I can’t imagine TriMet will be too happy about having to reroute a bus line for an unsanctioned race.

Ladd Circle is technically a city-owned park, so it’s open to everyone.

Also, the 10 bus doesn’t run on the weekends, so that won’t be an issue.

I’m not making any statements about the legality of the event; I’m just saying that although it’s technically permitted and admittedly low-impact, it strikes me as being unnecessarily disrespectful and disruptive to the people who live there (who, if I recall correctly, have previously expressed their frustration with disrespectful cyclists). I’m not calling for this to get shut down, or even trying to change anybody’s mind about it. I’m just agreeing with the sentiment that the event seems a little rude.

Good point about the 10 line, though, I hadn’t realized that doesn’t run on weekends.

It barely even runs on weekdays.

The 10 is not a very useful line right now. It’s poised to get a hell of a lot more useful if the TriMet SEP comes to fruition. 7-day service and expansion up the transit mall to NW…

What else is there to do when you’re punching holes in the ocean? We did it the same day as the Boston Marathon. I like idiotic athletic challenges.

Is there a motor doping category? I’ll do it on my Surly big dummy/bionX with the kids on the back… I think the battery will last long enough.
#owningmotordoping!

Raitt Seemed to think a century was 650 laps. Someone is way off.

Luckily, Google Maps makes it really easy to measure distances, so we should be able to sort this out. It looks like the inner circle has a diameter of about 244 feet, and the roadway is about 36 feet wide. Obviously, the distance traveled in a lap will depend on how close to the inner circle you ride, so for the sake of argument, let’s compare riding three feet from the inner edge (r = 125 feet), riding in the middle of the roadway (r = 140 feet), and riding three feet from the outer edge (r = 155 feet). These give respective lap distances of 785 feet, 879 feet, and 973 feet, so the corresponding century lap counts would be 673, 601, and 543 laps.

3 ft from the outer edge won’t work unless they close the street – it has parking on the outside edge.

Depends on how far out from the center of the circle you’re measuring. Back of the envelope says a ~51 m radius delivers 100 miles in 500 laps.

And the real challenge is the Tabor Ten Thousand, anyways:

Ha, you should see the guy’s personal website. FWIW, Tabor 10k is a nastier climbing challenge than the West side Ronde.

De Ronde is shorter than the 10k, yeah.

I was being playful- my best is 16,600ft in a day. I ran out of daylight but I was pretty shattered too.

The Tabor Ten Thousand website is infested with malware. Don’t go near it.

Ladd’s Octagon, on the other hand, is almost exactly a mile: http://i.imgur.com/ffE9Q1T.jpg

presumably there are stop signs or at least implicit yields in the Octagon.

Yeah, that would make a terrible race route; I just though it was an interesting factoid.

Ah I was hoping someone would do a feasibility study with my data. If I had the inner and outer curb radii we could calculate the minimum and maximum number of laps for a true circle century.

I was thinking a good wheel sensor will come in handy, since GPS is likely to cut the corner randomly.

Sounds like a good choice for the Fat Cyclist’s 100 Miles of Nowhere event.

At least riding around the circle there would be no stop signs to have to stop for. Only for the autos that wanted to enter. Then only if they could find or make an opening. Remember 163.163!

There are also suitable routes to navigate all of ladds without using the rotary for those hours. This is going to be fun. We are making flyers to support our friends who thought up and organized this race.!

Did you mean to reply to a different comment?

I was getting dizzy just looking at the aerial photo.