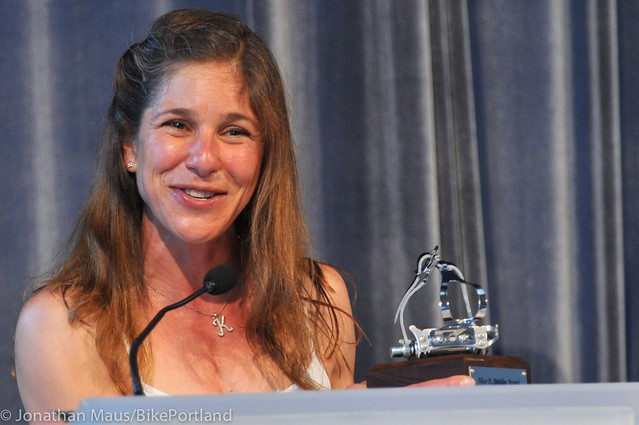 One of the five ingredients for building a great biking city is a steady flow of passionate and talented people motivated to shed sweat and tears to make their cities better.

But where do advocates come from?

That’s the question we explore in the latest episode of the BikePortland podcast, which is back after a several-month sabbatical (our volunteer producer, Lillian Karabaic, was busy riding bikes and catching trains in 10 countries, among other things). We’re joined by a native Portlander who thinks about this subject a lot: the cerebral, disarmingly humble executive director of the Community Cycling Center, Mychal Tetteh. 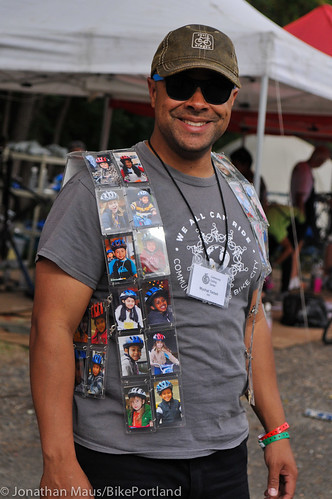 (Full disclosure: as well as being one of the city’s most prominent biking advocates, Tetteh is also Lily’s boss; her day job is as a development manager for the CCC.)

Tetteh, Lily and I spend the 38-minute show looking into our own pasts, Portland’s history before any of us, and our slightly different notions of Portland’s future to spell out some theories about how people make the transition from bike user to biking advocate, and what Portland (and other cities) can do to encourage and nurture its next cohort of involved citizens.

Thanks to the many folks who’ve asked us over the last few months when this episode would arrive; we expect to be back on our regular monthly schedule now. Next month’s episode (which we’ll be taping next Friday) will tell the story of bike fun through the eyes of one particularly interesting Portlander. Stay tuned.

Yay! I love your podcast. Downloading to my feed now.

Heard it this morning, make a part two!

In my dreams, there are definitely three buses on each bike. But I have weird dreams.