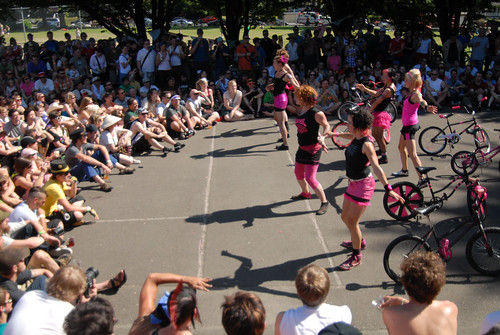 For years, local bike fun organization Shift held the big, blowout, grand finale Pedalpalooza event — the Multnomah County Bike Fair — at Colonel Summers Park. But a few years ago, permit costs, tricky regulations, and other issues led organizers to move the event to a vacated street next to an abandoned high school in southeast Portland.

Since that move (in 2010) there’s been something missing. The crowds never got as large as the old days and the new location just didn’t have the same celebratory vibe.

That’s why, I’m happy to report that this year the Bike Fair is back at its original location! And the buzz around town is that it’ll be bigger and better than ever.

The timing is great because it’s also the 10th anniversary of the Sprockettes, who performed for the first time at MCBF in Colonel Summers Park in 2004. On Saturday they’ll headline the day’s many festivities with a must-see reunion performance featuring over two dozen current and former Sprockettes.

In addition to lots of pink mini-bikes, the Bike Fair’s main entertainment stage will also feature: flatland BMX performers; friendly bike competitions like bike limbo, foot-down derby, slow bike race, pie jousting, and more; and tall bike jousting from members of local bike gangs like the Dropout Bike Club, Zoobomb, The Rebel Alliance and others. The emcee of the event will be none other than Dingo the Clown, who’s always got surprises up his sleeves.

The expo area of the park will be full of food vendors, businesses, organizations and activities for the whole family. The current vendor list includes:

The events and expo areas are free and open all ages.

Hopworks Urban Brewery has stepped up and donated beer and all sales help cover event costs and go into the fund for future Bike Fairs (wristbands will be handed out to the over-21 crowd and outside alcohol will not be permitted).

If you’d like to help cover some costs associated with the event, and make sure the Bike Fair stays alive and well for years to come, consider making a donation (through its non-profit fiscal sponsor, Umbrella) using the PayPal button below:

If you’d like to volunteer (especially in the kids/craft/face-painting area) or learn more about the event, contact Ashley at thirtysevenart [at] hotmail [dot] com.

And to whet your appetite, check out some photos of the Bike Fair action at Colonel Summers in years past… 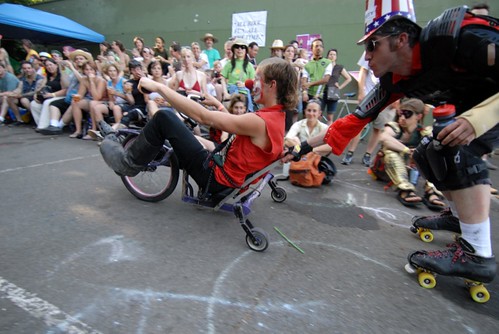 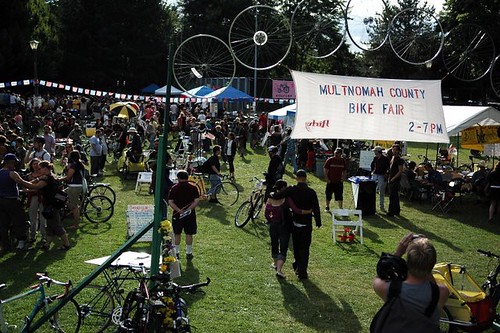 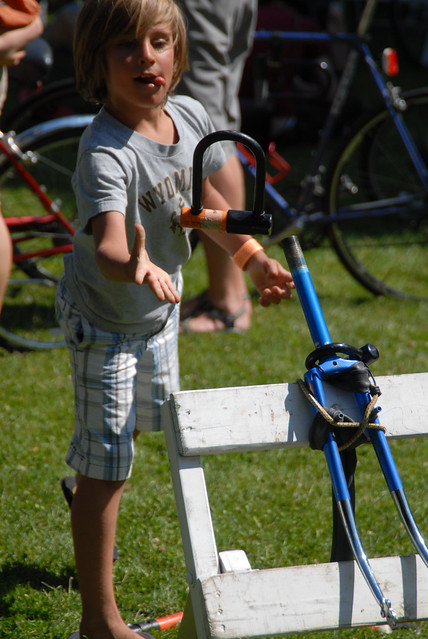 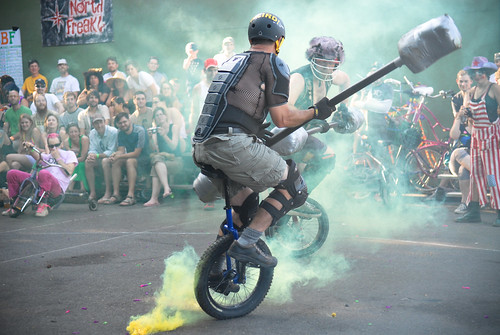 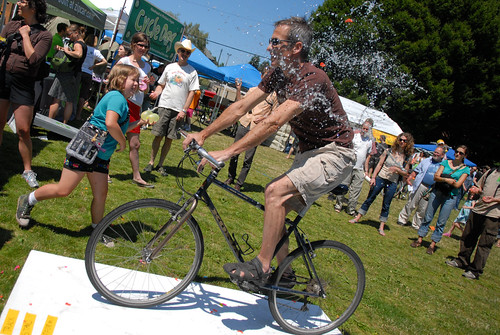 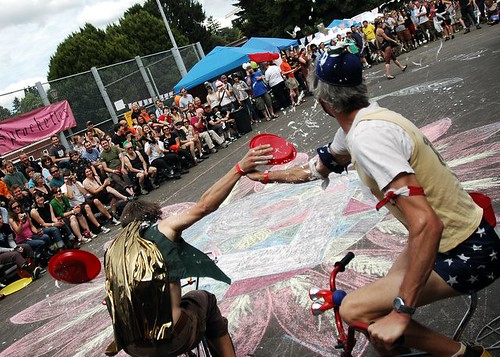 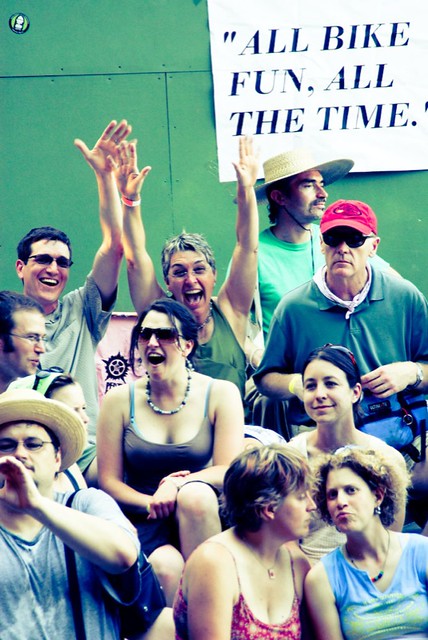