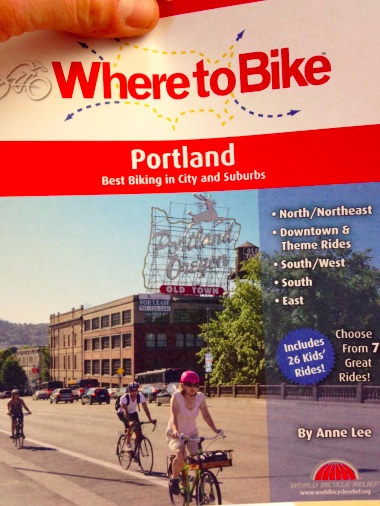 Draft cover of new Where to Bike: Portland guide book. (Final cover will have different image).

Yesterday I got a visit from Phil Latz, Director of Bicycling Australia and publisher of (among other things) an exciting new series of guide books titled, Where to Bike.

The guides have already been published for Chicago, D.C., Philadelphia, and most recently, Los Angeles.

Like I mentioned back in July of last of last year, local author Anne Lee (who also happens to be Deputy Director at the Community Cycling Center) has been working for over a year on the Portland edition, to be called Where to Bike: Portland.

I got a peek at the book earlier this week and it’s very exciting to see it coming together! The book has detailed maps, turn-by-turn directions, lots of fun photos, local insights and tips, and helpful descriptions of over 70 rides in and around Portland (many of which are very family friendly). From the “Cully Neighborhood Figure Eight” to the “Walls of Pride Art Loop” and even a “Hillsboro to Vernonia” route, there’s something for everyone (the book even has several rides in Clark County, Washington).

Here’s a shot of one of the draft pages: 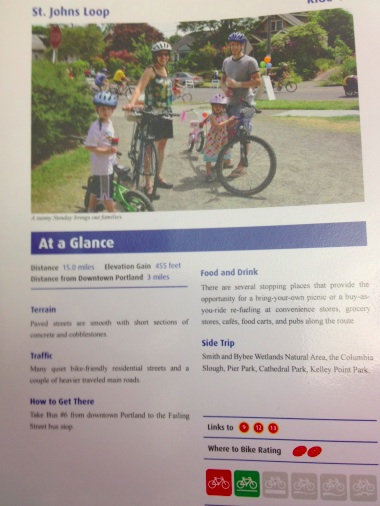 Along with the book, Phil and his team have developed a very good mobile app to go with each title. The app includes all the rides in the book and some useful functionality like searching rides nearby and all the descriptive text that’s in the book. The app will be available free once the book is released. Here are a few screenshots from the Chicago version: 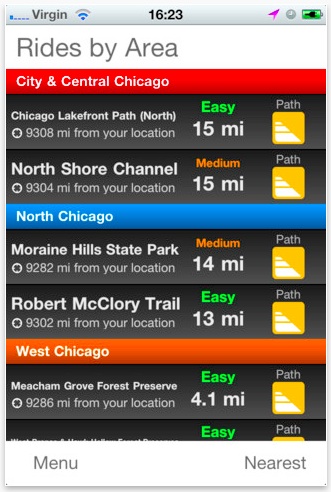 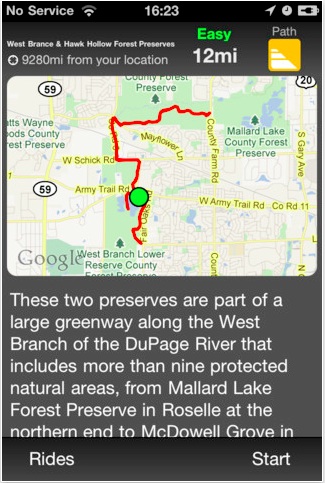 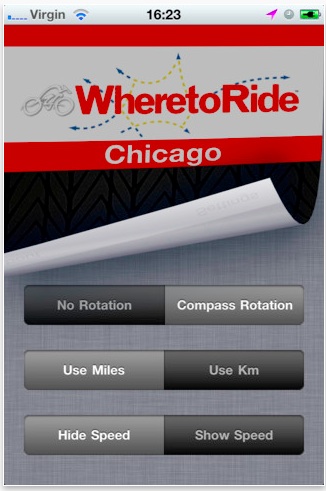 Similar to my enthusiasm for Cycling Sojourner, the new book on multi-day touring in Oregon, Where to Bike: Portland is sure to play a key role in inspiring more people to ride. I think Portland riding veterans, those new to town, and even folks just visiting will find this book essential.

Phil says he’ll make the official release announcement of the book in September at the big Interbike trade show in Las Vegas and there will be a Portland launch event shortly thereafter. Stay tuned!

Thank you for the preview, Jonathan!

This looks great! Next time I’m in Portland I will be sure to pick up a copy.

Can’t wait to get a copy and congratulations to Anne!

Makes me want to move from Maine to Portland, OR!! Congratulations Anne!!