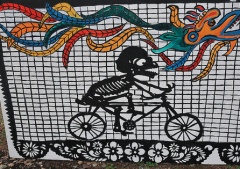 Northwest Portland based parts distributor Cyclone Bicycle Supply is looking for someone to paint a bike-themed mural on the side of their warehouse. Company staffer Ashley Brewer contacted us recently to share that they want to spruce up their “big ugly gray” headquarters building at NW 21st and Vaughn.


“We are looking for someone to paint the side of our building with an image/mural that promotes cycling in general… the actual message/artwork would be up to the artist. Basically…we just want more people on bikes. Period.”

I love public murals, especially ones that include bicycle imagery. Ashley’s email inspired me to delve into the BikePortland photo archive where I found several images of local bike murals… 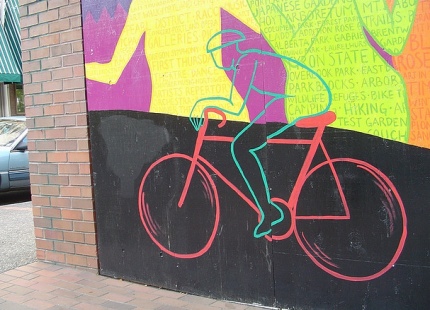 On south side of O’Bryant Square at SW Park and Washington downtown. 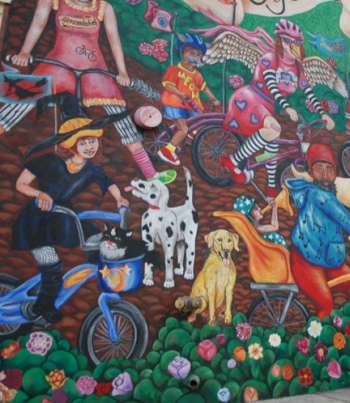 The Community Cycling Center mural at NE 17th and Alberta. 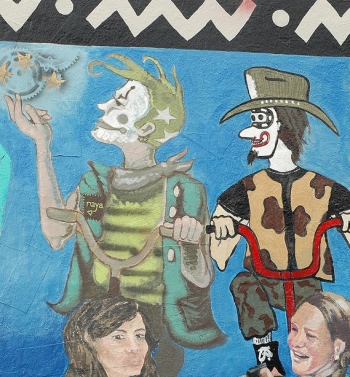 An homage to former Alberta Street resident Dingo the Clown on Alberta at around 29th. 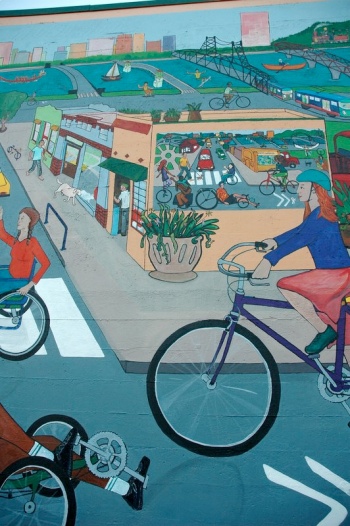 I know there are more murals around Portland that feature bicycles. Perhaps I’ll lead a Pedalpalooza ride this summer to visit and enjoy them all.