Love and bicycles: A photo essay 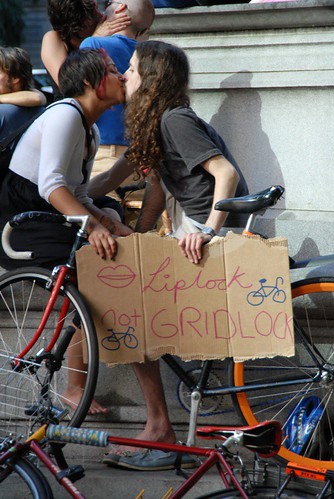 Since it’s Valentine’s Day, I thought I’d delve into our photo archives. Sit back, scroll down, and see some images I’ve snapped over the years of love and bicycles… 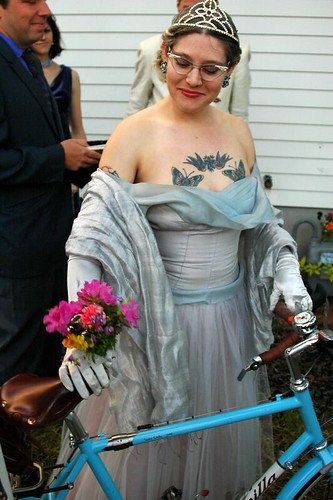 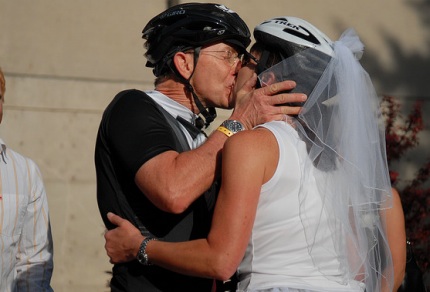 This couple got married at Cycle Oregon Weekend in July 2009. 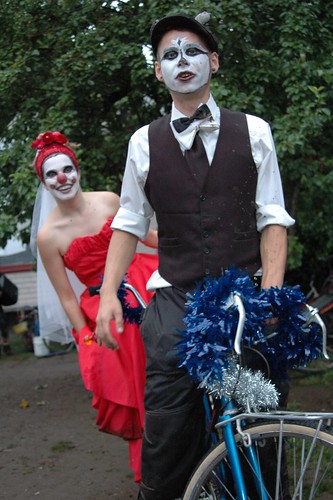 Our friends Morgan and Carole tied the knot with a bike and
clown-themed wedding on NE Alberta Street in May 2006. 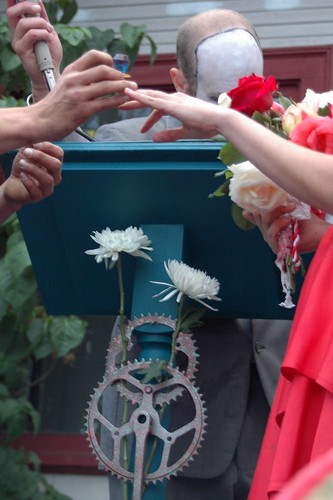 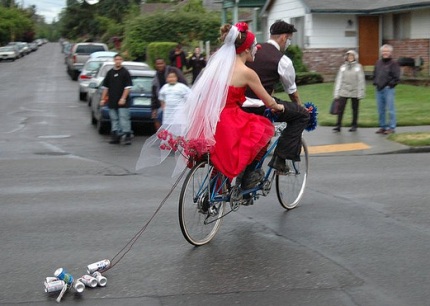 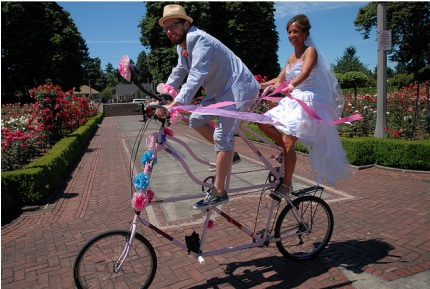 Michael Jones and Evelyn Barnes took their tall bike built for two for a post wedding spin through the Peninsula Park Rose Garden in June 2010. 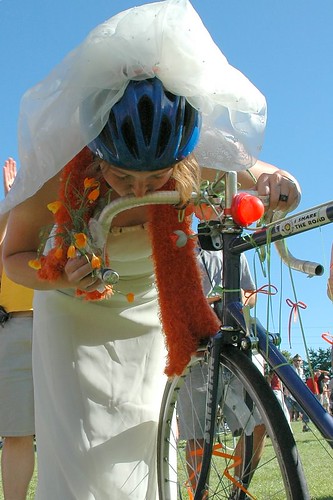 Stephanie Routh married her bike at the Multnomah County Bike Fair in June 2006. 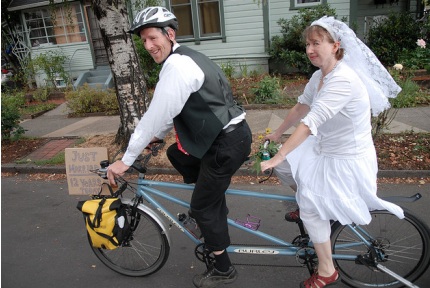 This sweet couple celebrated their 12 year wedding anniversary at Sunday Parkways in August 2009. 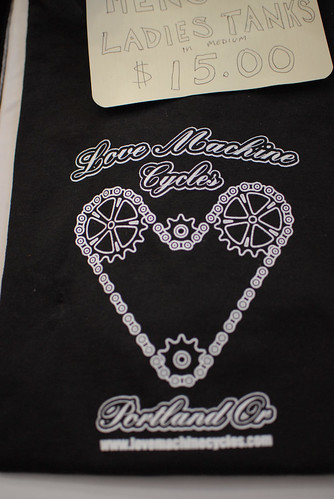 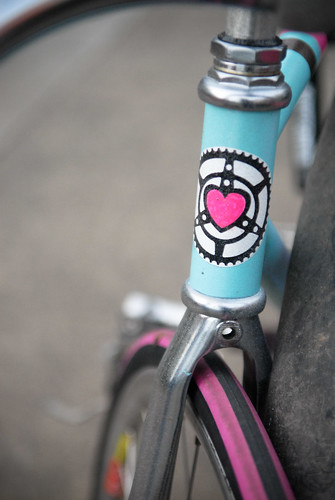 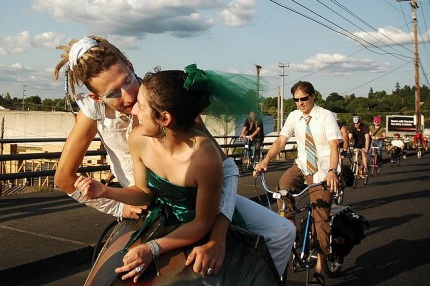 Tiago and Adriane DeJerk roll through southeast Portland after a wedding atop Mt. Tabor Park in June 2007. 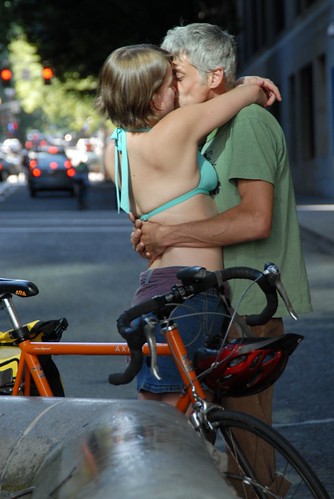 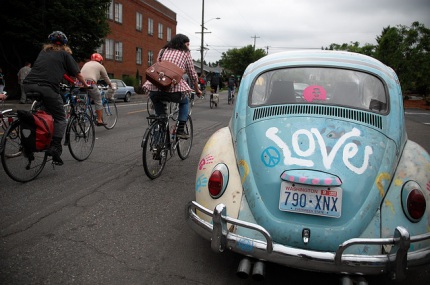 Can’t we all just get along? It is Valentine’s Day after all. 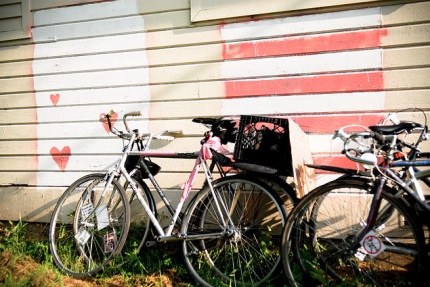 I have a couple of photos I took at a convention in Philadelphia, PA in 2005, I think.