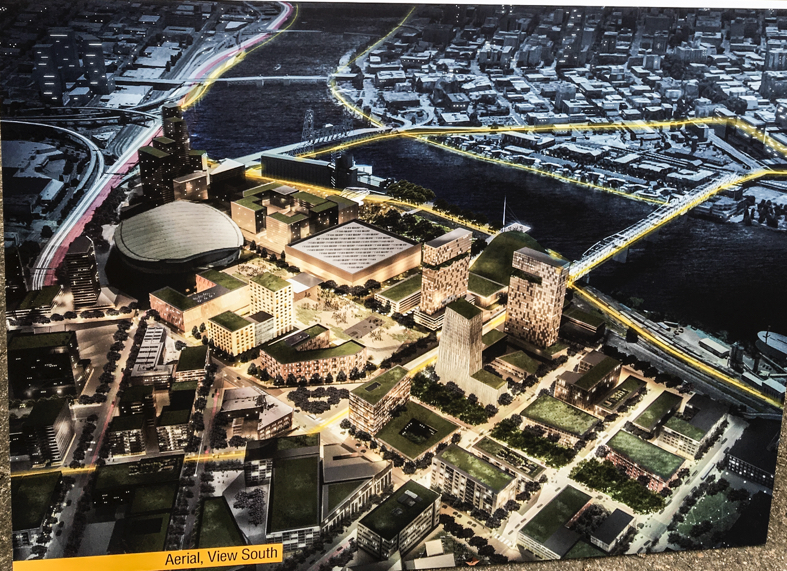 In the early 1950s, the Rose Quarter was a neighborhood of homes, churches and stores. It was a thriving part of our city where many people lived and worked. But by 1958 all the houses were razed to make way for the Memorial Coliseum and eventually the Moda Center. Within the same decade hundreds more homes would see the same fate as city planners gave Legacy Emanuel Hospital and Interstate 5 priority over housing and businesses. These “urban renewal” projects in the Albina corridor had a devastating impact to the community and many of the scars — on human lives and infrastructure — remain unhealed.

A bold new plan unveiled for the first time on Friday seeks to restore that neighborhood — and ideally, the community that went along with it. The “Albina Vision” would develop the 30-acre Rose Quarter with housing and businesses that respects history and embraces the future.

On Friday two of the project’s main backers — Rukaiyah Adams, chief investment officer with the Meyer Memorial Trust and Zari Santner, a former Portland Parks Bureau director — laid out their vision to a crowd of about 70 electeds, planners, advocates and government staffers during a stop on the annual Policymakers Ride.