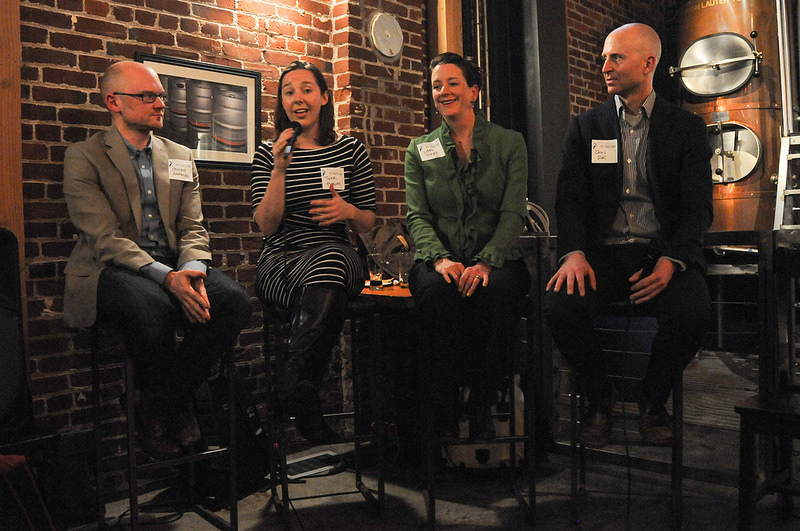 As the debate in Salem about a major transportation funding package just starts to boil (more on that later), insiders in the Portland region have been meeting for months to decide the framework of a separate, regional funding measure.

The future of that effort and the politics behind it were one of several topics discussed at a panel hosted by the local chapter of Young Professionals in Transportation at a pub in northwest Portland last night. The panel featured: Metro Policy and Innovation Manager (and former senior assistant to Congressman Earl Blumenauer) Tyler Frisbee; Transportation for America NW Region Organizer Chris Rall; and Portland Bureau of Transportation Director Leah Treat. The discussion was moderated by the ever-sharp People for Bikes writer and former BikePortland News Editor Michael Andersen.