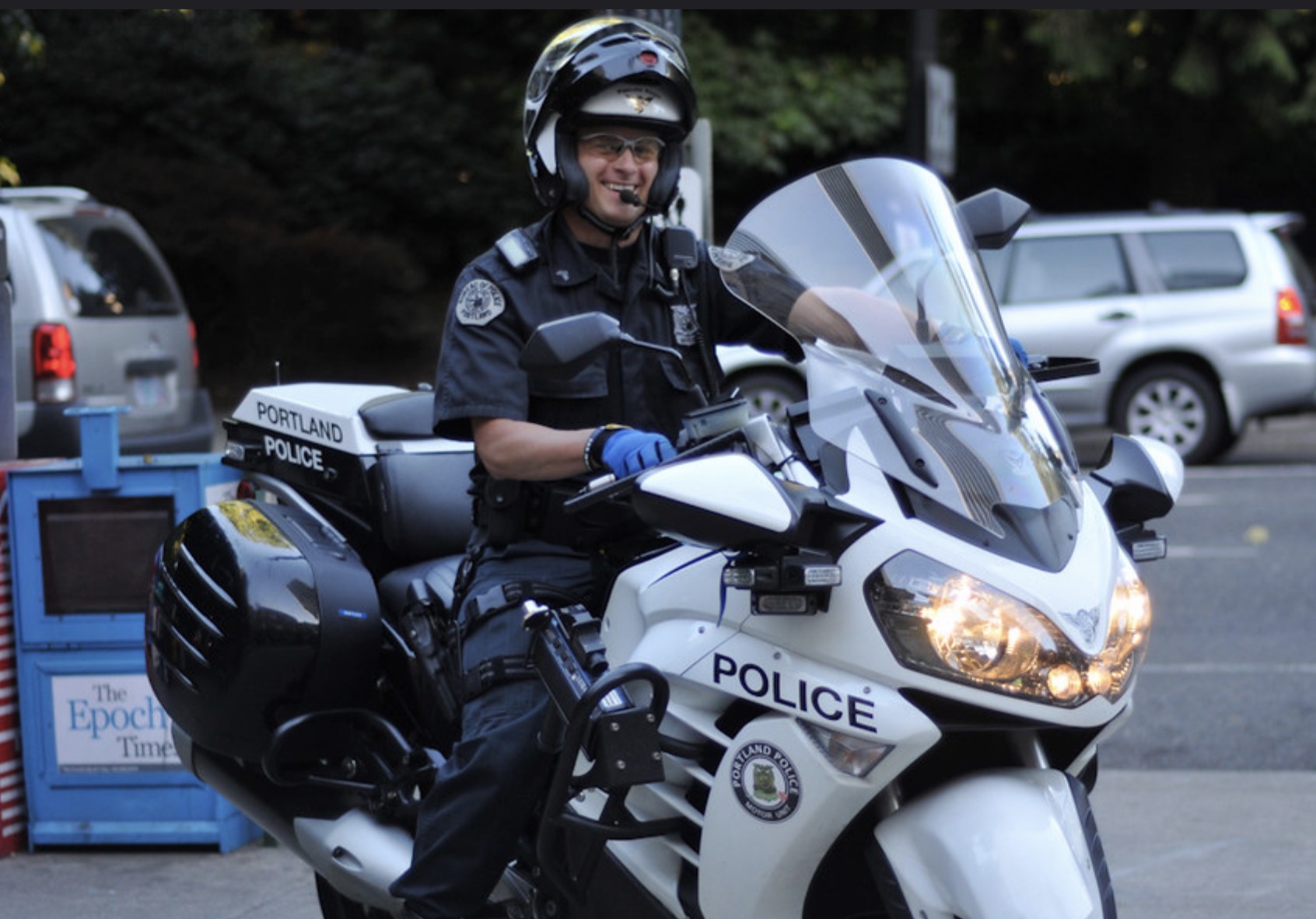 Everyone’s podcasting these days… including your local police officers.

The Portland Police Bureau launched a new podcast today. The ‘Talking Beat’ aims to provide, “Thoughtful conversations that… will inform and provide you with a small glimpse of the work performed by Portland police officers as well as issues affecting public safety in our city.” Among the first three episodes unveiled today included a discussion about transportation issues.

Traffic Division Sgt. Ty Engstrom and Ofc. Chris Johnson joined the host for a wide-ranging chat that included topics like distracted driving, visibility of walkers (or lack thereof), why people are allowed to speed without being cited, and more. (You might recall that Sgt. Engstrom was recently featured in our story about stop sign enforcement at Ladd Circle.)

Below are a few salient excerpts: 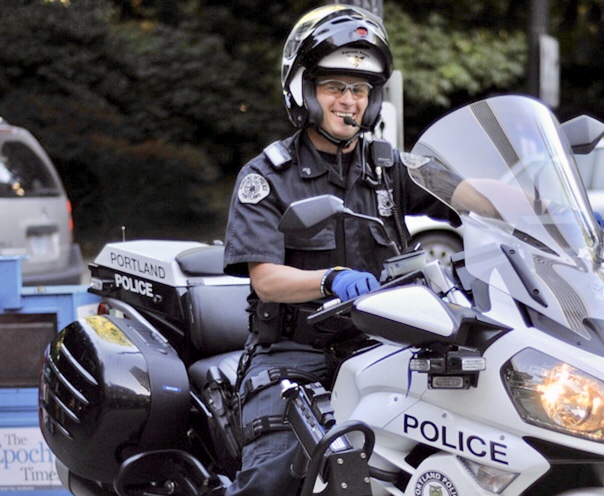 I want to clear a few things up about the recent kerfluffle around Ladd Circle.

Turns out the Portland Police Bureau is anything but eager to do more enforcement. That’s what Traffic Division Sgt. Ty Engstrom shared with me in a phone conversation today.

First, let’s recap: On Tuesday, the PPB issued a statement and shared a video about the lack of stop sign compliance by people who ride and drive through Ladd Circle. The statement included a video of people blowing dangerously through the stop signs (as you can see above, one person rides through just as another person steps into the crosswalk). The behaviors were taking place at intersections where we’ve covered the exact same problem several times since 2007. The statement also said, in response to multiple complaints from nearby residents, that the PPB plans to do enforcement missions. A mention of last year’s fatality statistics and the city’s Vision Zero efforts further tied Ladd Circle to the PPB’s ongoing safety concerns.

Unfortunately, the statement didn’t fully capture the agency’s thoughts and intentions on this sensitive issue.