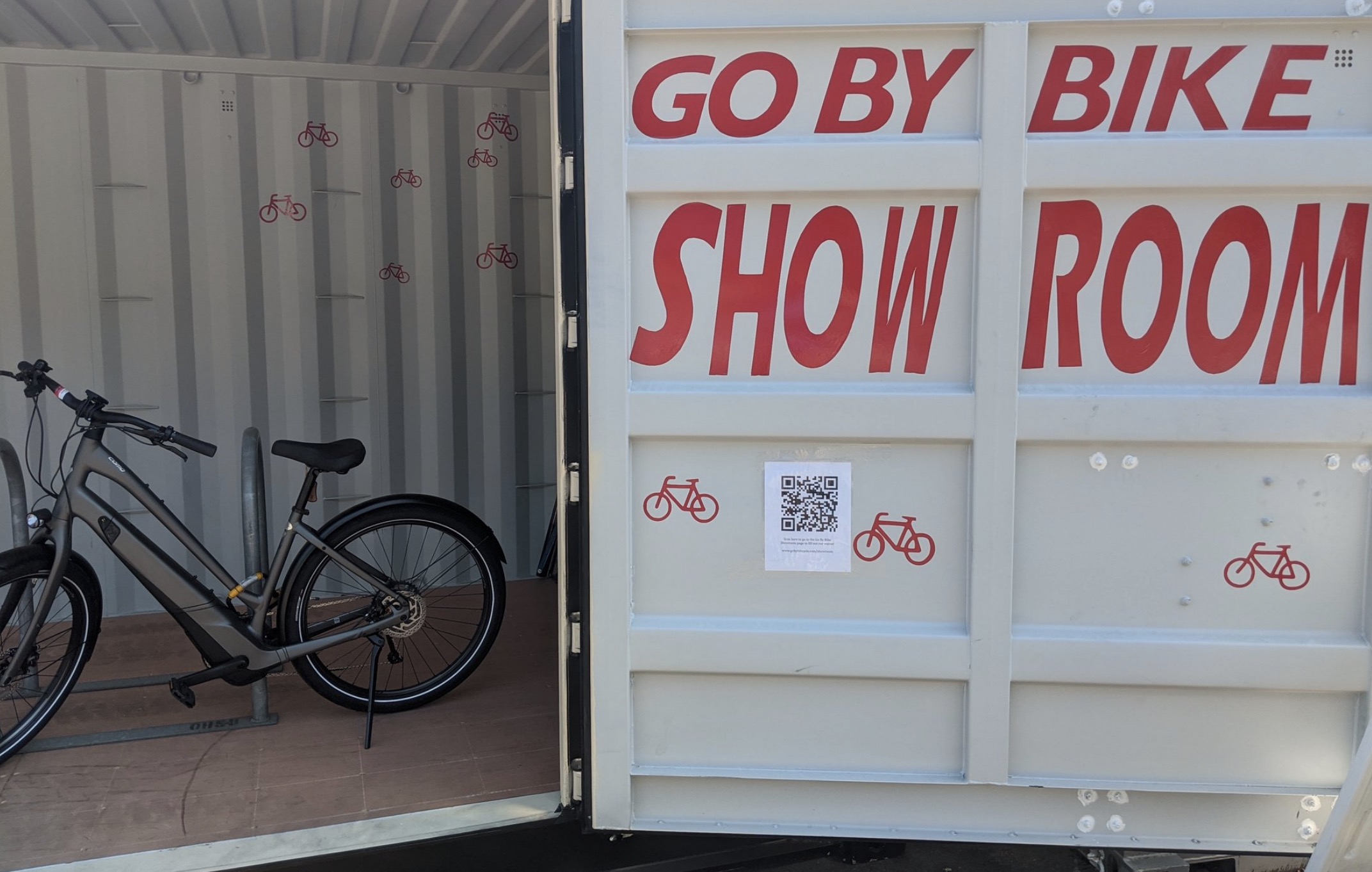 Electric bike sales are skyrocketing nationwide and Portland is doing its part to stoke the boom. Now a new partnership between local bike shops, Oregon’s electric vehicle advocacy group, and Portland’s largest employer will make it even easier for people to purchase one.

According to market research firm NPD Group, e-bike sales were up 84% in March, 92% in April, and 137% in May. It’s no surprise given how the bikes have evolved in recent years. When they first arrived on the scene they were clunky and mostly the realm of early adopters and garage-tinkerers. Then they trickled into local bike shops, but there were only a few brands, battery technology was subpar, and prices were relatively high for what you got. Lately the bikes have made massive leaps in quality and affordability and there are tons of great brands and models available.

Now the nearly 13,000 people who work at OHSU are eligible for a $200 subsidy and there’s even a convenient place to take one for a test ride. 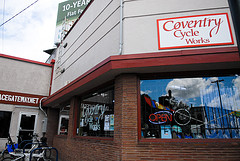 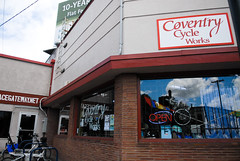 With (at least) 69 bike shops in Portland — that’s one for every two square miles, in case you’re keeping track — we’re often asked how they can all survive. The bike shop business isn’t easy; but one way to stand out in the crowd and be successful is to find a niche (or create a new one) and then develop it into a healthy market. Several Portland bike shop owners have done precisely that. And they’ve done it well.

Powered by high-touch marketing and nurtured by Portland’s seemingly bottomless love of interesting bikes, a handful of small-scale entrepreneurs have taken big risks on bike shops that fit both their personal passions and market niches that bigger companies either couldn’t serve or didn’t even know existed.

Here’s a quick take on each of three specialized Portland bike shops whose bets are paying off.

The eBike Store on N. Vancouver Street and Alberta was burglarized early this morning. Owner Wakefield Gregg says thieves threw a brick through one of his storefront windows and took a bike valued at $1,800.

This is the second smash and grab at a North Portland bike shop in less than a month. On February 27th, thieves broke into Cascade Cycling which is just a few blocks north of The eBike Store. 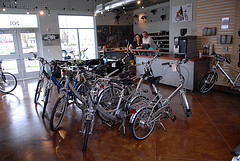 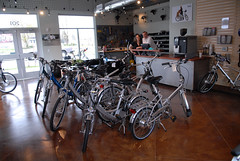 Opening a new retail business in the midst of an historic economic downturn isn’t exactly a safe bet, especially when there’s not a very big existing market for your product. But that didn’t stop Wake Gregg from opening Portland’s first all-electric bicycle store, The eBike Store (201 N. Alberta), last week.