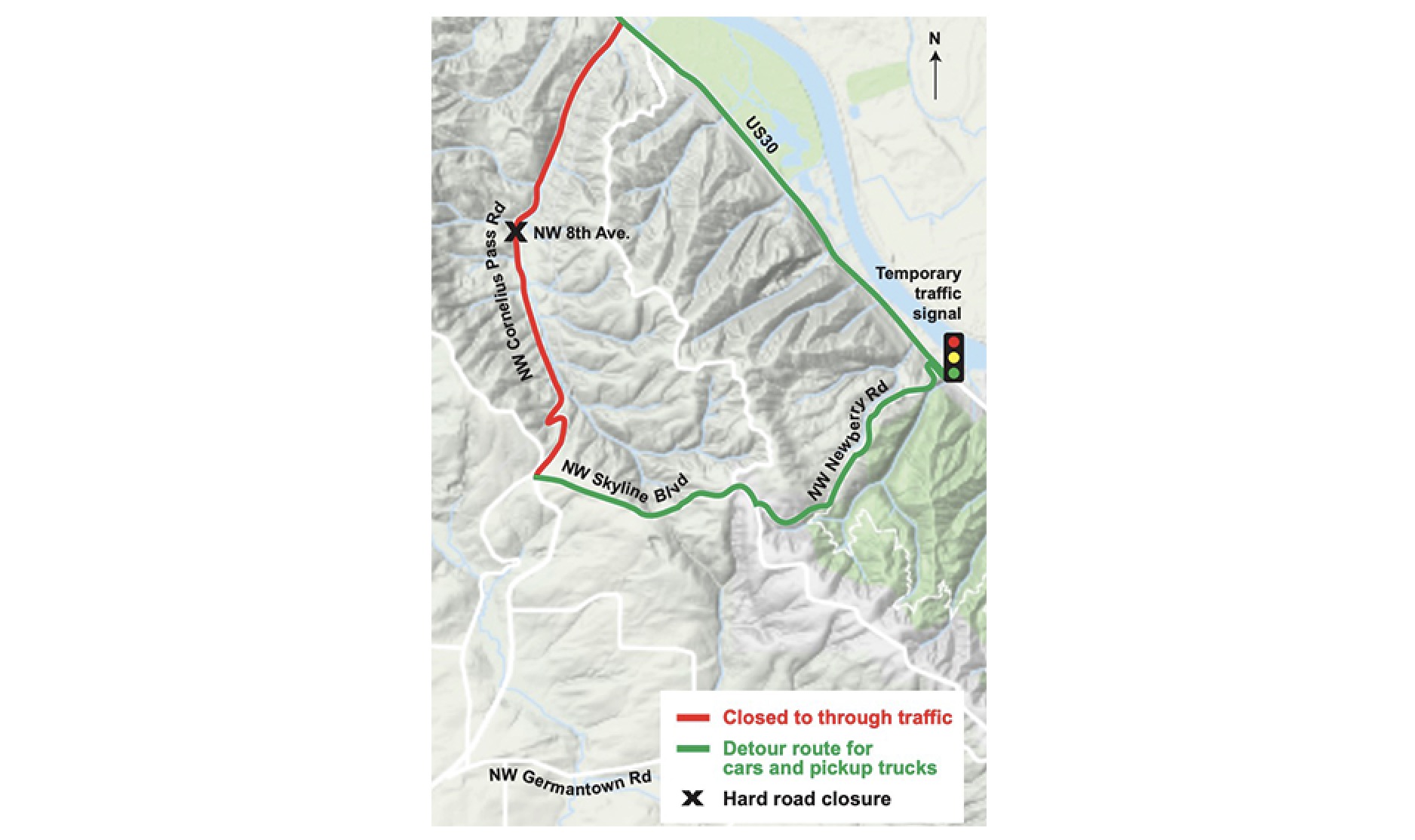 Remember last summer when Multnomah County closed NW Cornelius Pass Road for a major project and the detour sent thousands of drivers onto popular and usually quiet roads like Newberry?

Unfortunately they weren’t able to finish the project as planned and it’s about to start up again for round two. Fortunately, the County says things might not be as bad this time around.

From July 19th through the end of September, the County plans to close Cornelius Pass Road between Highway 30 and Skyline in order to complete a road safety project. No one rides Cornelius Pass Road because it’s such a busy highway and there are much better options nearby. Unfortunately, all the car and truck drivers need to find options too — which means rural roads in the general area are likely to see extra motorized traffic the closure. (Last year the detoured traffic on Newberry was especially hard to swallow because it came right after it was carfree for many months due to a landslide repair.)

The good news is this project shouldn’t create as many hazards and headaches for bicycle riders as last year. 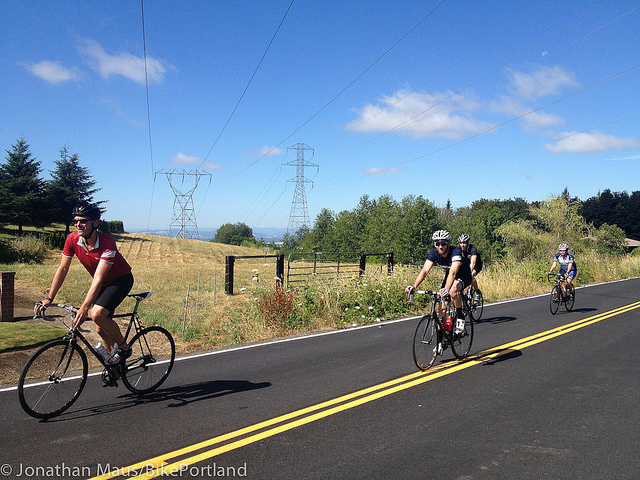 Last week we reported on a project that will close NW Cornelius Pass Road between Highway 30 and NW Germantown Road to through traffic for 13 weeks starting July 8th. Cornelius Pass is a major highway that connects Washington County (near Highway 26) with Scappoose and other destinations along Highway 30.

This is a big deal for bicycle riders because the project will detour thousands of people driving cars and trucks onto what are usually quiet, rural roads that happen to be on very popular cycling routes. 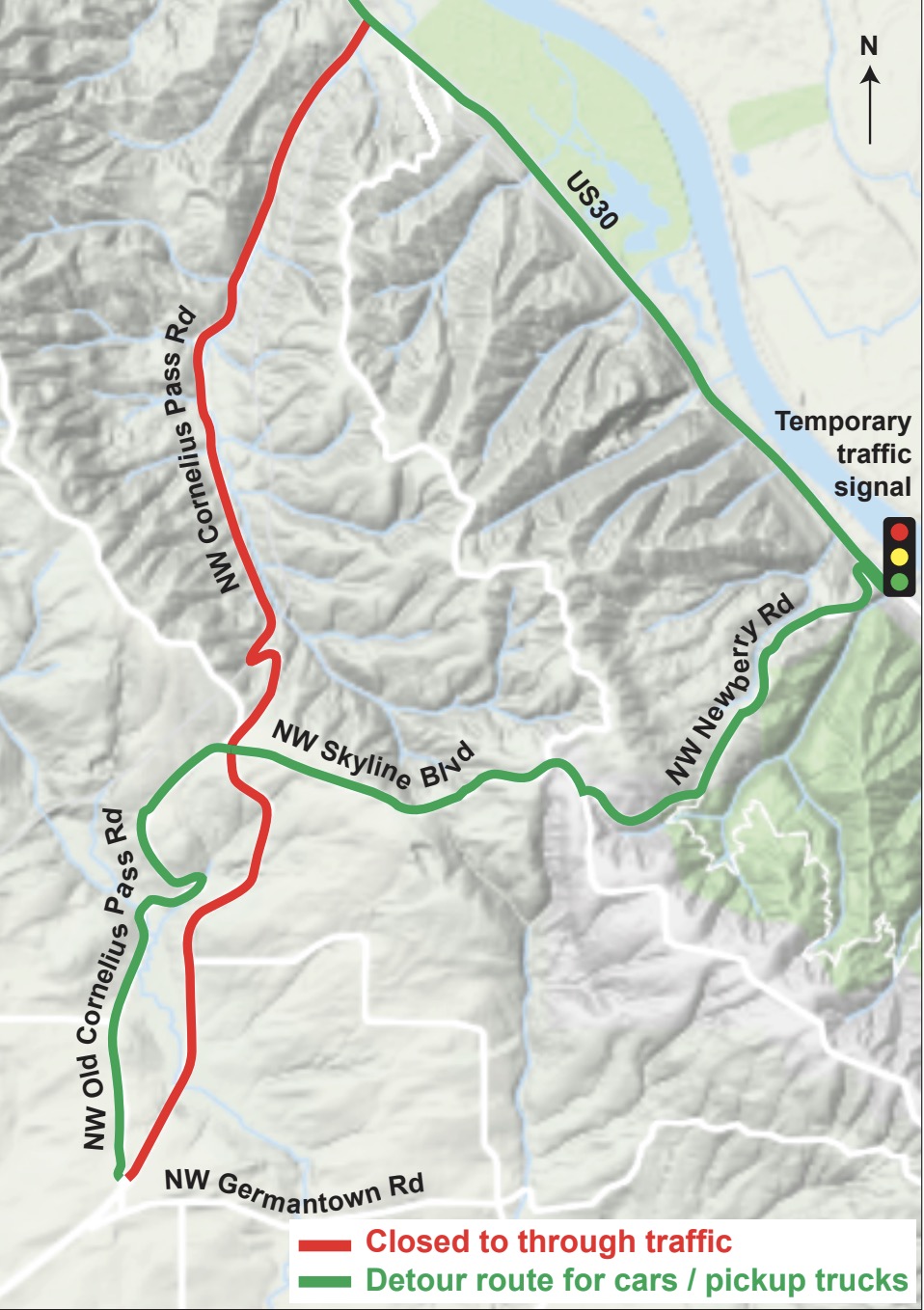 If you were bummed that NW Newberry Road is closed for repairs until April, you won’t be happy about the news I’m about to share.

A major reason Multnomah County needs to fix the landslide that’s made Newberry carfree since January 2017 is because they need to use it as the primary detour for a separate project on nearby Cornelius Pass Road. Starting July 8th, a major project on Cornelius Pass will require it to be closed for thirteen weeks between Highway 30 and Germantown Road.

The recommended detour for the estimated 10,000 daily car and truck drivers will be Newberry to Skyline to Old Cornelius Pass Road — all three of which are very popular cycling routes because of how quiet and low-stress they are.

The impact of all these additional drivers will be very significant. (Keep in mind that large big-rig trucks will be detoured to highways.) And keep in mind that not everyone will opt for Newberry. There’s very likely to be much more traffic on other popular cycling routes like NW McNamee, Logie Trail, and Rocky Point Road as well. Suffice it to say there’s already serious concerns from bike riders and drivers about the impact of this closure.