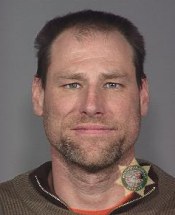 Wayne Conrad Thompson, who was initially charged with First Degree Assault for backing his car into Mike Luther in a parking lot in August 2009, was sentenced with only probation yesterday.

The Oregonian has the story:

“A 35-year-old driver who struck a bicyclist while reversing his SUV was sentenced to three years of probation Tuesday after a judge found him not guilty last month of intentionally slamming into the cyclist.

Wayne Conrad Thompson of Southeast Portland would have received a mandatory minimum 7 1/2 years in prison if found guilty of the crime — first-degree assault — that police and prosecutors thought he committed. But in trial, Multnomah County Circuit Judge Henry Kantor found Thompson guilty of the lesser crime of third-degree assault — then sentenced him to probation, two days of anger counseling, a drug evaluation and treatment if necessary and a five-year suspension of his driver’s license.” 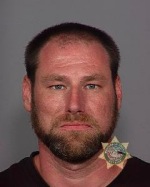 Wayne Thompson, the man who intentionally backed up his car over Mike Luther after an argument in a parking lot, was found guilty today.

“An SUV driver who was suspected in a collision that left a bicyclist in critical condition was found guilty Monday of third-degree assault, a lesser charge than what he was facing.

On Monday, a Multnomah County judge found Wayne Thompson not guilty on first and second-degree assault charges… He was convicted instead on the lesser charge. Thompson’s sentencing is set for June 8.” 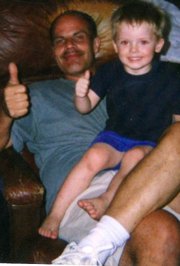 Last August, Portlander Mike Luther was intentionally run over by a car driven by a man incensed with road rage. Luther survived, but he and his family have suffered ever since. The road to recovery has been difficult because Luther is still unable to work due to his injuries and a series of legal delays have prevented him from getting restitution.

Luther’s sister, Tracey Brown, got in touch with me recently in hopes that the community that offered him so much support immediately following the incident might still be able to help.

The family of Mike Luther — the man who was seriously injured while riding his bicycle near NE 122nd and Glisan one week ago — has released a statement on the eve of a grand jury hearing in the case.

According to his family, Luther, who turns 53 today, is still hospitalized and his prognosis is “unclear”. Not much is known about the details of what happened that night. What has been reported thus far is that the man who drove his car into Luther, Wayne Conrad Thompson, backed into him at a high rate of speed. Thompson was detained and charged with first-degree assault.

In their statement, Luther’s family shares that he was an advocate for biking and public transportation and that a donation fund has been set up to help pay for his medical bills.

Here is the statement (emphasis BikePortland):

Police say today that 35 year old Wayne Conrad Thompson has been booked for allegedly causing a crash with a man on a bike yesterday afternoon at 2:00pm at NE 122nd and Glisan.

Thompson has been arrested and charged with one count of assault in the first degree. The charge is a Class A felony, and is used when police suspect there is an intention to cause serious physical injury to another person by means of a deadly weapon.