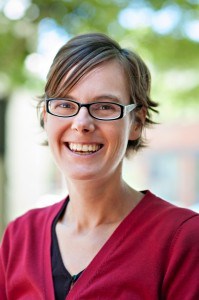 LeeAnne Fergason is the new Safe Routes to School program manager for the Oregon Department of Transportation.

ODOT announced the hire in a statement today, saying Fergason will join the agency in mid-December.

Reached today via email, Fergason told us she’s excited for her new role but, “Deeply saddened to say goodbye to The Street Trust.” “The Street Trust’s staff (old and new), partners (so many amazing partners), and supporters (our members and friends),” she continued, “have helped me so much, and I’m eternally grateful for all the smart, passionate, and kind people that have taken the time to teach me.”

Fergason is the longest tenured employee at The Street Trust. According to her official bio she began work there as a bike safety education instructor in 2007. Fergason became The Street Trust’s main advocate for Safe Routes to School (a program they implement with a combination of state, federal, and regional funding) and spearheaded their “For Every Kid” campaign. She moved into the deputy director role back in July when The Street Trust’s former deputy director Stephanie Noll left the organization.

There’s a lot of Safe Routes work to do at ODOT these days. The former manager of the program, Julie Yip, recently retired, and the statewide transportation package includes $125 million over the next 10 years for a new Safe Routes to School grant program. As ODOT announced today, one of Fergason’s first tasks will be to staff a new Rules Advisory Committee that will create the policy framework for how these new funds will be allocated. 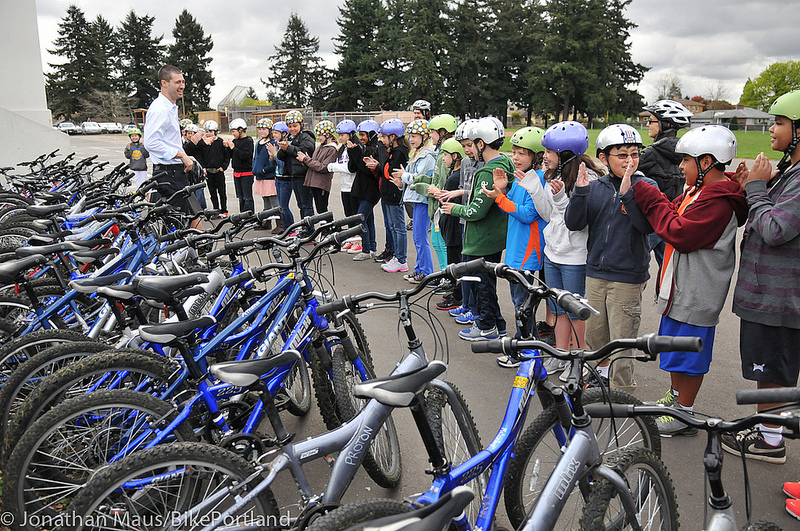 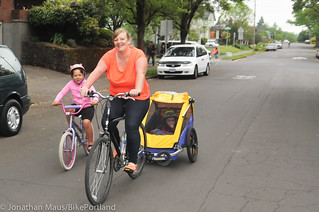 The upcoming legislative proposal is likely to include dedicated funding for safe routes to school.
(Photos by J. Maus/BikePortland)

This is the third and final post in a series about the 2017 legislative session published in partnership with The Street Trust. Read the other installments here and here.

The change I’d like to see in the world starts with a great compassion for kids and intersects with transportation choices, aimed at freedom and independence.

Ten years ago, I began working at the Street Trust (formerly the Bicycle Transportation Alliance), as a Safe Routes to School coordinator. I joined a dream team of organizers and partners, including: Stephanie Noll (The Street Trust’s Interim Executive Director), Carl Larson (we miss you!), Scott Lieuallen (local bike hero), Steph Routh (then Executive Director of Oregon Walks, now Communications and Marketing Manager at the Community Cycling Center), Susan Peithman (then with ALTA Planning + Design, now Oregon Department of Transportation Active Transportation Policy Lead), and many others who are still working to make our streets safe for kids. All of us were pretty young back then and learned much of our transportation nerdiness and enthusiasm by being a part of a Safe Routes to School program.