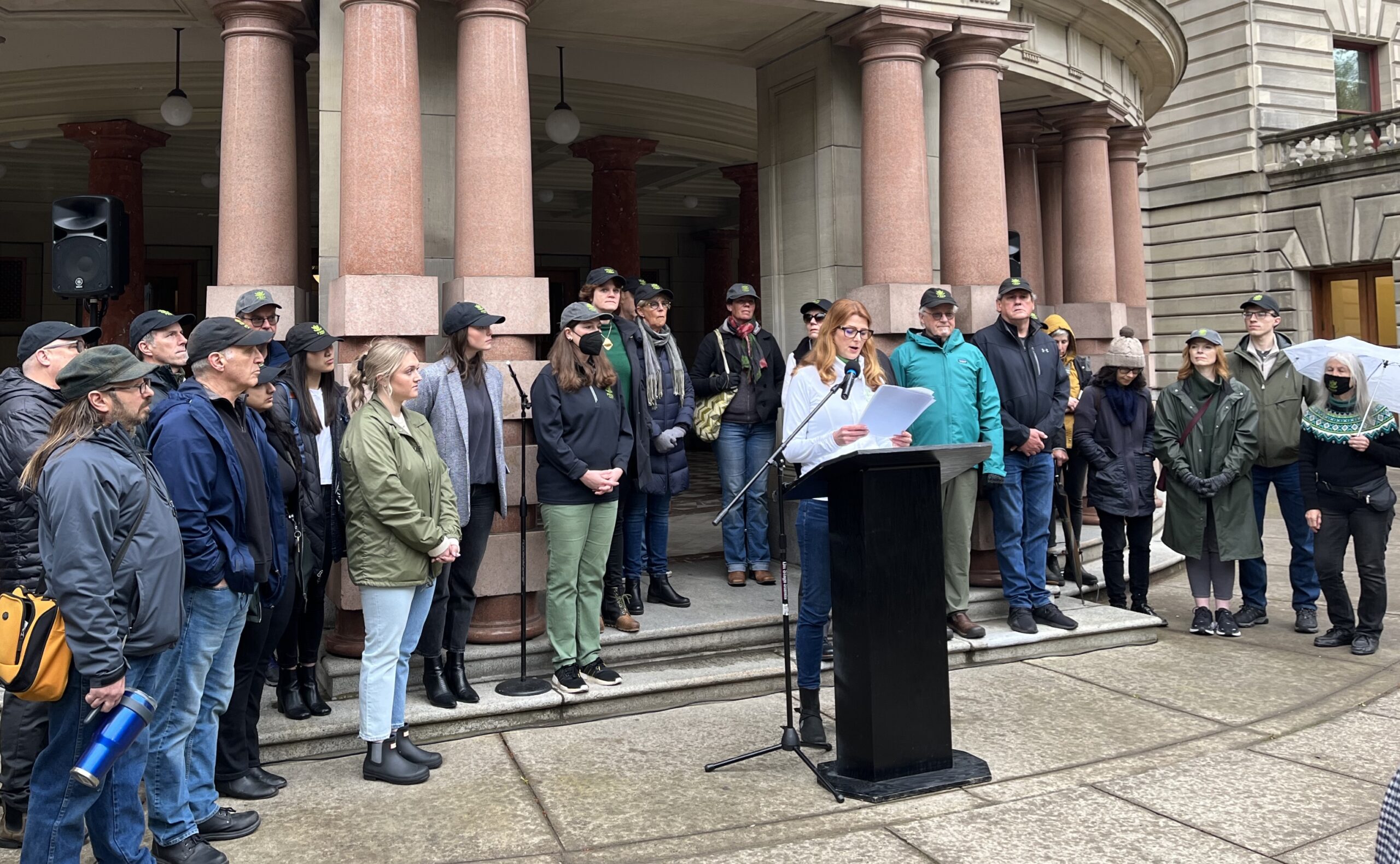 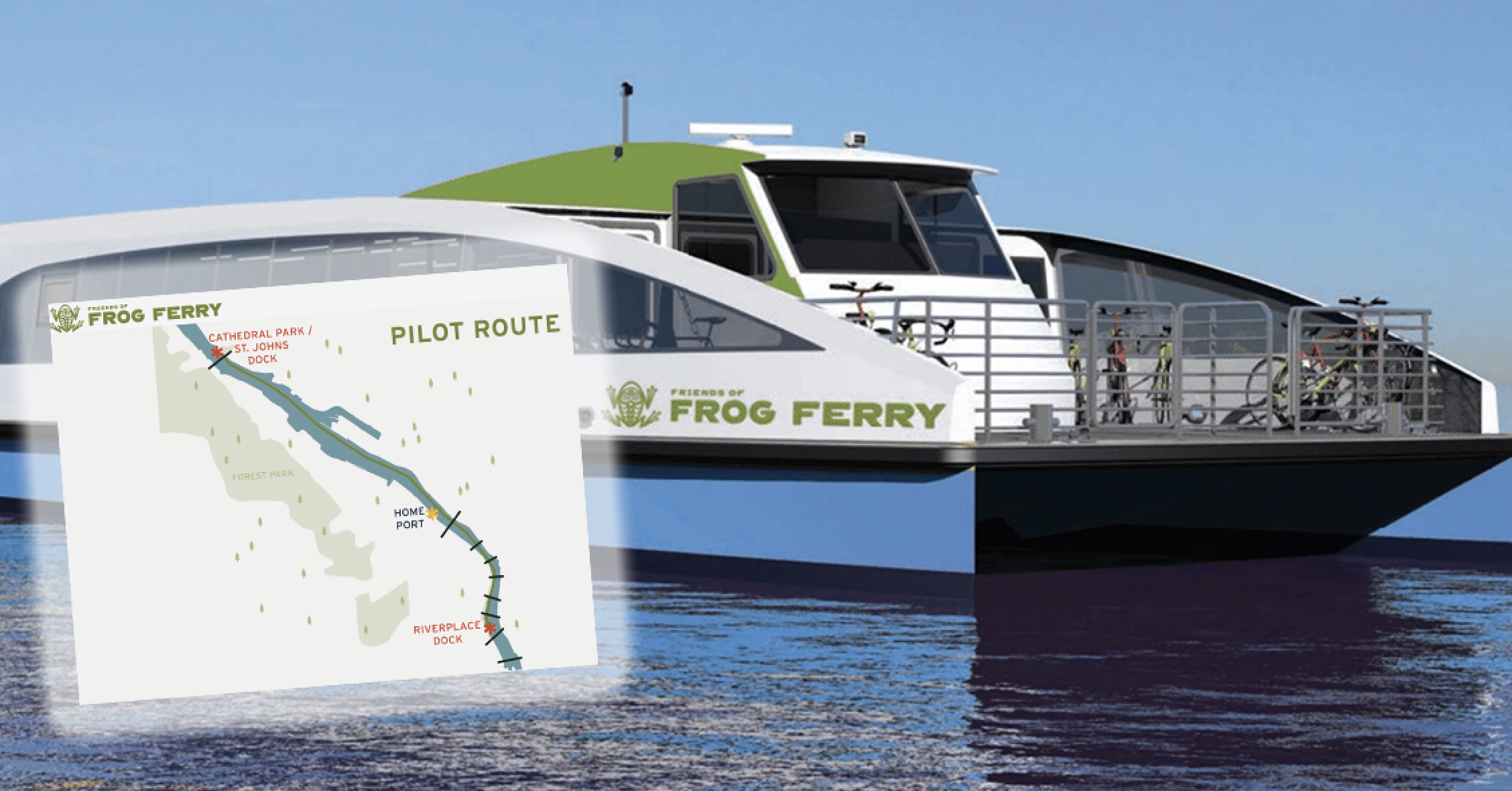 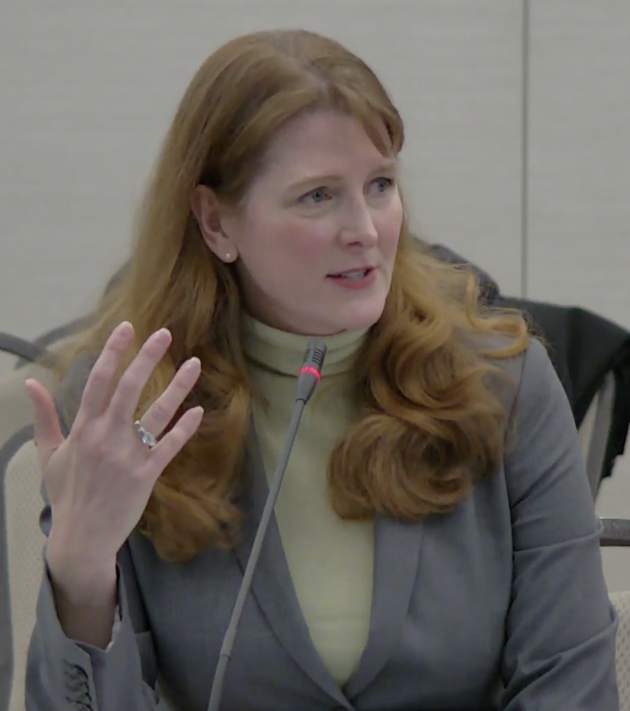 The ‘Frog Ferry’ has taken a major leap forward this week. The passenger ferry concept is making its first major public debut with media coverage and a spot on the agenda at today’s meeting of the Oregon Transportation Commission (the governor-appointed body that sets transportation policy for the State of Oregon).

Spearheading the effort is Susan Bladholm, a former director of Cycle Oregon and corporate marketing professional who spent 10 years each with Business Oregon and the Port of Portland. Bladholm has spent two years researching and building support for her plan to establish a ferry service on the Willamette River that would shuttle customers between Lake Oswego and Vancouver.

Flanked by Portland Spirit Owner Dan Yates and Metro Project Manager Chris Ford (fresh of his win as project manager for the SW Corridor, which was approved by Metro Council last night), Bladholm said, “It’s time for a new mode of transportation to be introduced.”