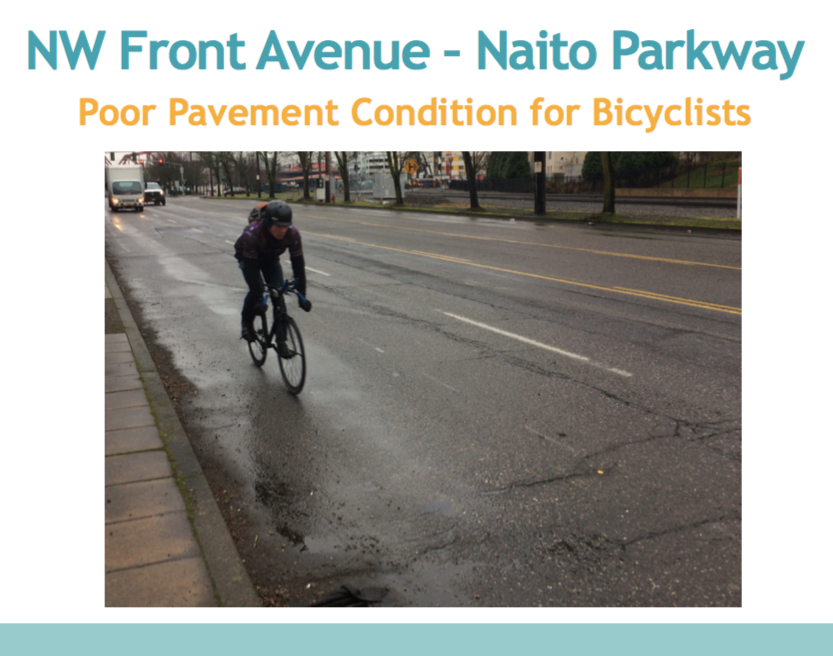 Last April we highlighted the massive potential for cycling in the northwest industrial area — a place with thousands of jobs, burgeoning residential and office development, and lots of wide streets.

Now, thanks to the ongoing building boom along the Willamette River north of the Fremont Bridge, the City of Portland will create nearly a mile of new bikeways to connect the area’s new residents and employees to the rest of the city.

The new bike lanes will connect to existing ones that currently end at NW Naito Parkway and 9th. From 9th to NW 15th, PBOT will reconfigure the roadway from its existing five standard travel lanes to three standard lanes (one lane in each direction and a center turn lane), two buffered bike lanes and an auto parking lane. 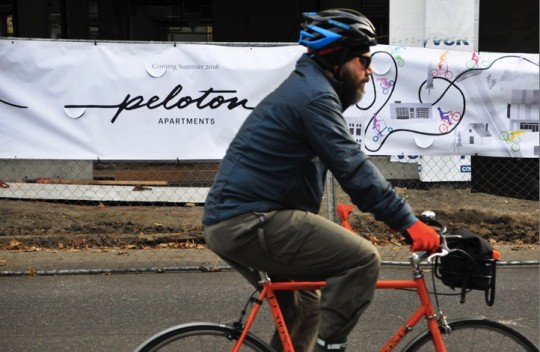 What is it about bicycles that inspires Portland’s residential real estate developers? First there was Milano, then Velomor, and now there’s the Peloton Apartments. 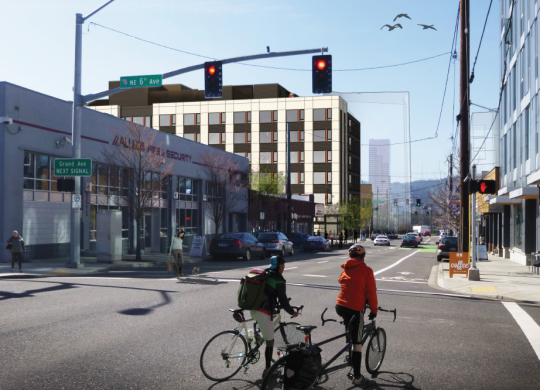 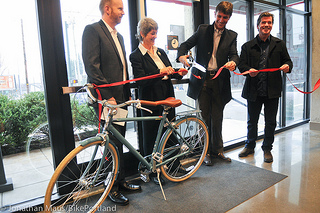 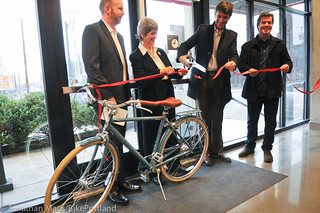 The ribbon was cut at the new Milano apartments in the Lloyd Center this morning. As people streamed by the newly painted bike lanes on NE Multnomah Street behind them, Metro Councilor Carlotta Collette stood behind a shiny new city bike with the building’s architect Murray Jenkins and developers Phil Morford and Konstantin Klebleev.

On a table in the lobby a brochure enticed would-be buyers to, “Live in Portland’s first thoroughly bike friendly community… Not only is the Milano located with immediate access to public transportation — including the MAX line, Portland streetcar, and TriMet — it’s also at the hub of the city’s cycling lanes.”

According to developer Phil Morford, the entire Milano project was conceived with a focus on being oriented toward the low-car and carfree lifestyle. “When we began to design this project,” Morford said at the grand opening event today, “Our first discussion was with Metro.” As the quintessential “transit-oriented development,” the development of the Milano was aided by a $300,000 Metro grant which leveraged over $13 million in private investment. 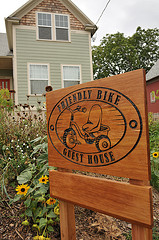 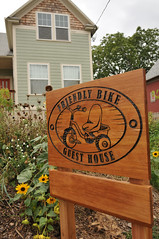 North Williams Avenue has yet another claim to its title of best bike street in Portland — the Friendly Bike Guest House. I noticed the sign for the new business a few days ago and yesterday I met the owner of the establishment, Chris Frick, to get a look around and learn more.

Chris has owned the big house just north of Shaver for about eight years. The inspiration to turn it into a bike-oriented guest house came to him in 2009. As luck would have it, Chris came upon the Oregon Manifest bike show while walking in the Pearl. He went inside and learned that United Bicycle Institute was moving in just across the street from his house. Being a former real estate broker and self-described “opportunistic entrepreneur,” Chris’s wheels started turning. At about the same time, the house’s current tenants gave notice and destiny for a bike-themed guest house was set.