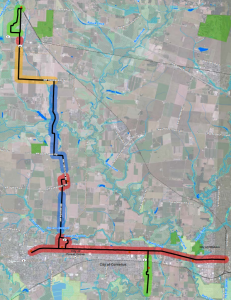 An arrow-straight railside trail between Hillsboro and Forest Grove would be one of the first phases of a planned bikeway through the heart of Washington County.

The Council Creek Regional Trail is a vision for a mostly off-road connection between Hillsboro, Forest Grove and Banks — which will also connect the westernmost stop in the MAX system with some of Oregon’s best rural bike routes, including the beloved Banks-Vernonia Trail and a possible future connection to the Pacific Coast.

When we last checked in on the planning process, the Bicycle Transportation Alliance was urging planners to choose the shorter, straighter “Rail 1” route between Hillsboro and Banks rather than a winding creekside alternative to the north.

According to the master plan published last month, the straight railside route was chosen, meaning that this is also likely to become, someday, a popular transportation connection west of Hillsboro. 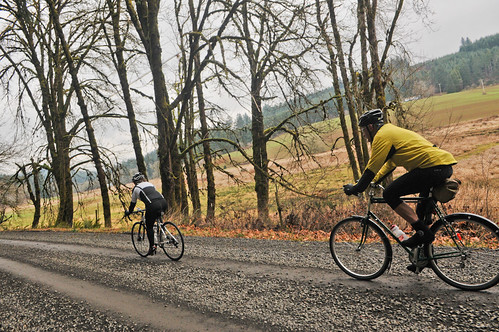 Once you open yourself up to the possibility of riding unpaved roads, a whole new world awaits. That, to me, is one of the most exciting things about the “gravel riding” revolution. It’s like we just scored a bunch of new places to ride and it came without loss of blood or treasure.