Portland’s status as a bicycle building epicenter has taken a few hits since its prime nearly 10 years ago; but it is far from dead. 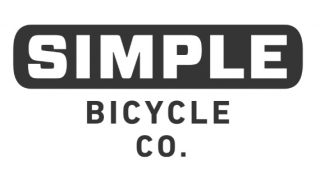 Yesterday, Portland entrepreneur Chris Blandford announced he’s partnered with veteran framebuilder Oscar Camarena to expand Simple Bicycle Company. Camarena founded Simple in Washington in 2003 and moved to Portland in 2012. His ability to produce high-quality frames has earned him a strong reputation in the industry. The only thing he lacked was help to take the next step.

“I’d been doing this type of contract work for a long time, but I’d outgrown my backyard workshop. With daily requests for small production runs coming in, the timing was right to grow,” said Camarena in a statement.

A graphic designer by trade, Blandford is a “hobbyist” builder who took a job as shop assistant with Simple last summer. Now the duo have launched a brand new venture, purchased new machinery and equipment, leased a shop space in the northwest industrial district (former home of Cielo Cycles, in a corner of the Chris King Precision Components factory) and have begun to hire a team of builders.

The new Simple Bicycle Company will be up and running at the beginning of May with a focus on small-batch production of titanium, steel, and aluminum bicycles. You won’t see “Simple” on any frames because they’ll work on contracts with existing brands to produce runs of 25-50 frames at a time (a business Camarena has already established). Their goal is to build at least 500 frames in the first year and ramp up to 1,000 frames per year once the team is fully assembled.

The bike industry is rife with small, up-and-coming brands that are interested in a high-quality, Made-in-the-USA option.

“We’re not trying to compete with overseas manufacturers,” Blandford said, “but we recognize a demand for a US-based, small-batch frame shop. We hope to be a dependable and flexible partner for a quickly growing list of aspiring, high-quality brands.”

“What we’re building is something unique, especially for a US-based builder,” Camarena added.

Congrats AND good luck!
(When I saw the photos of the site before I read the article – I thought to myself…I think I know where that is…where my Ceilo frame was made, I hope Chris King did not move!?)