Coming to a bike lane near you: A strawberry, a fish, and a chicken on a bike 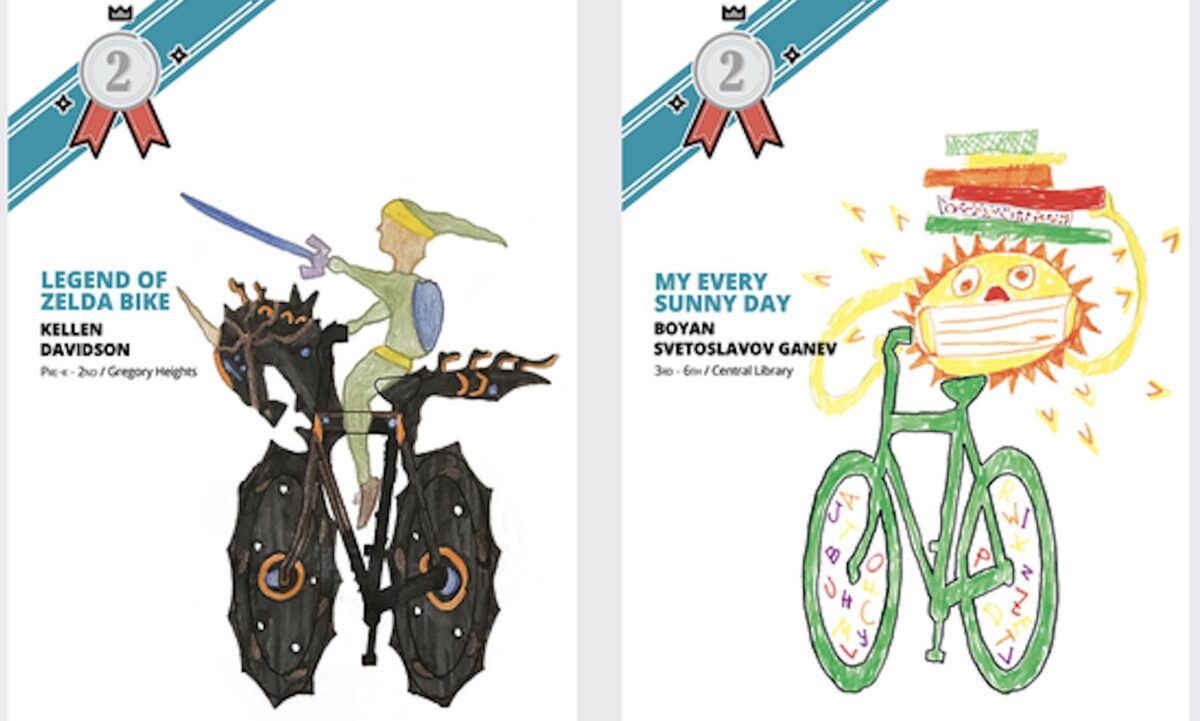 Two of the 2nd place winners.

The Portland Bureau of Transportation’s Bike to Books Design Contest winners have been announced! What started in 2017 as a way to get kids into reading, riding, and their local library, has now become a fun tradition. Even with library branches closed this year, PBOT says they received over 100 designs from schoolchildren across the city.

More than just an art contest, PBOT takes the winning designs and translates them into official bike lane pavement markings, which is something the city’s striping crews have been doing since 1999. Over the years, the cast of characters has evolved from rudimentary designs to colorful pieces of art that honor things and people Portlanders love.

This year’s contest winners were split into three age categories. While the winners get to see their work installed on the street, other participants get prizes like day passes to Lumberyard Bike Park, Nutcase helmets, or a Safe Routes to School goodie bag.

Here are this year’s big winners: 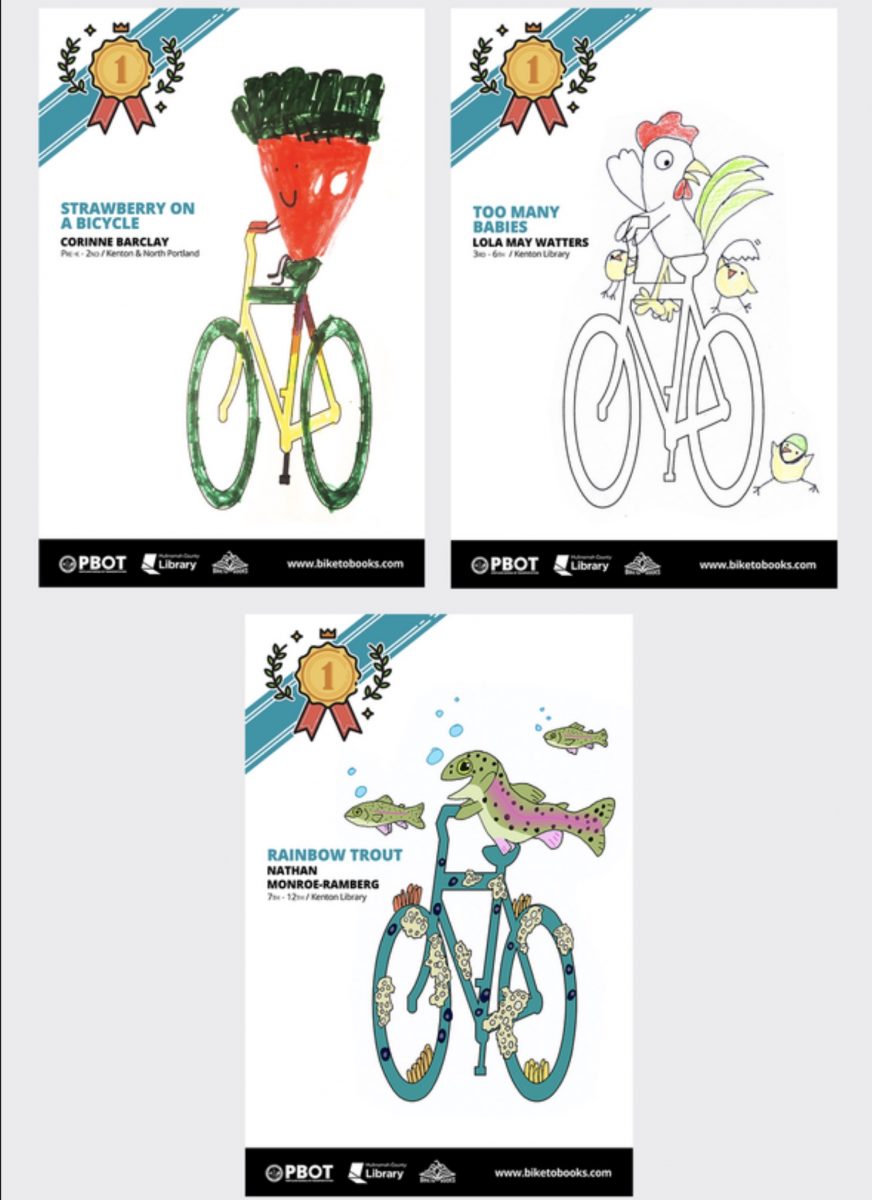 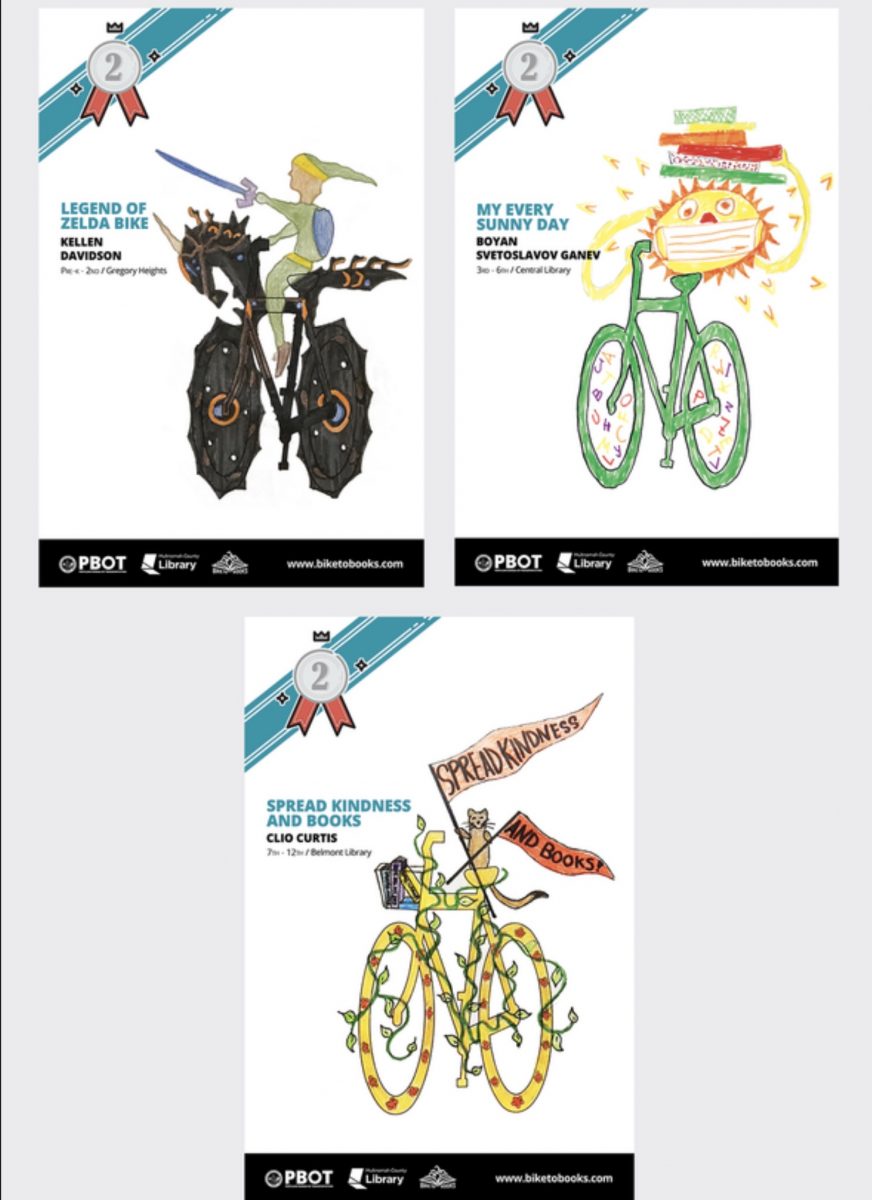 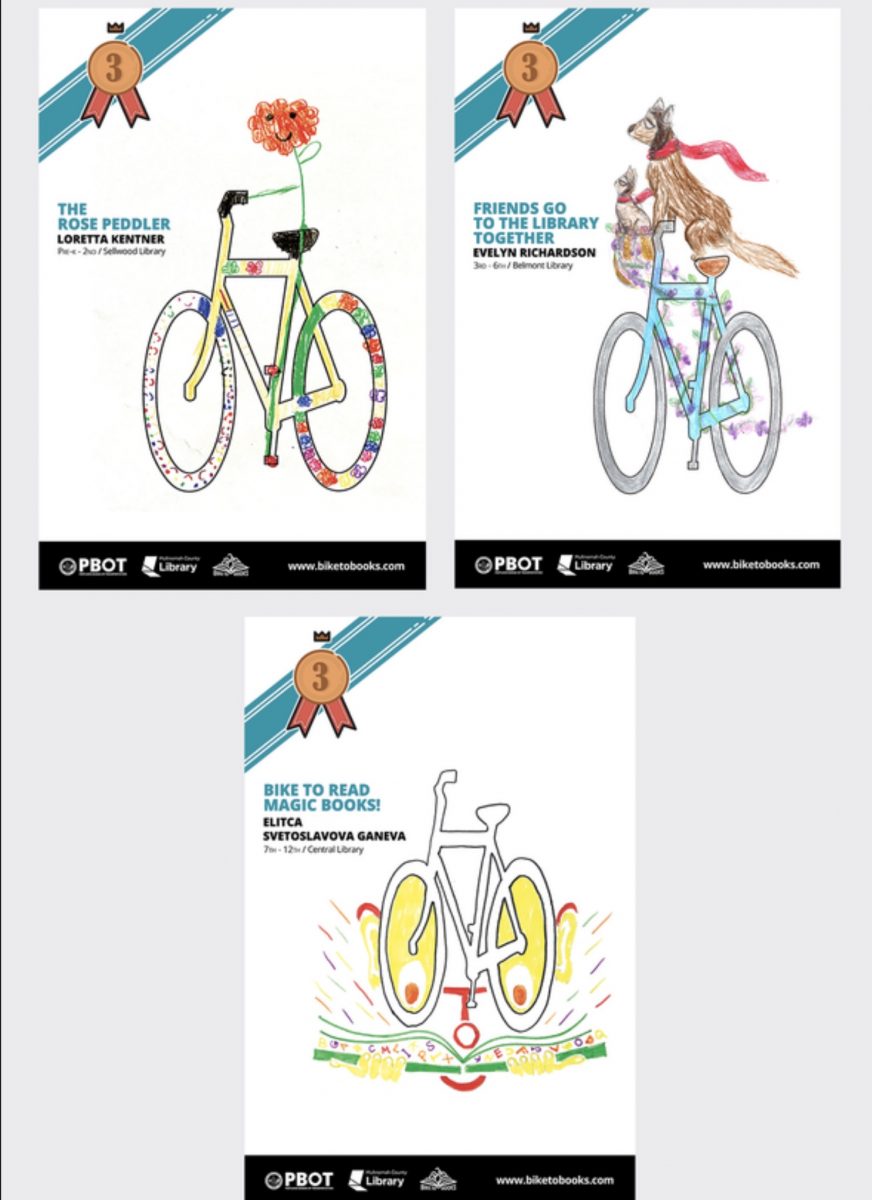 If you missed out this year, get your kids and friends involved next time around via the city’s website.

Someone pulled a citibike out of the Hudson that looked like #1 “Rainbow Trout.” Gotta be a coelacanth.

This is amazing! Is there any sort of document out there detailing where all the unique bike lane thermoplastics markings are? It would be fun to make it into a ride!!

Not that I’m aware of Adam. A map would be sort of tricky because these markings are like murals on the pavement.. that is, they are ephemeral and quickly come and go with potholes, wear-and-tear, and new pavement. So a map would be constantly out of date.

I’m currently working on a website right now that would display them on a map. I think I have all the basics working, just need to go out and document some of the characters so that I have something on the map lol. Down the road I’m hoping to make it so people in the community can add new characters they discover, or report one that’ve been removed/worn down/etc.

I still remember (and miss) the old pirate stencils on Vancouver / Williams: the power up capsules!

I love it when I happen upon one of these! The art makes my day! Years ago I asked a crew of city workers if this was done with city permission, and he gave me a knowing smile and said, “Probably, and you might just be looking at the artists right now.”

These are always the best!

Vote Up2Vote Down  Reply
« The Marine Drive Path is 75% complete. Here are the gaps that remain
A ‘cowardly move’: Vote on $18 million in police cuts delayed until after election »