Portland’s 10-cent gas tax up for re-election in May: Here are the projects it would fund 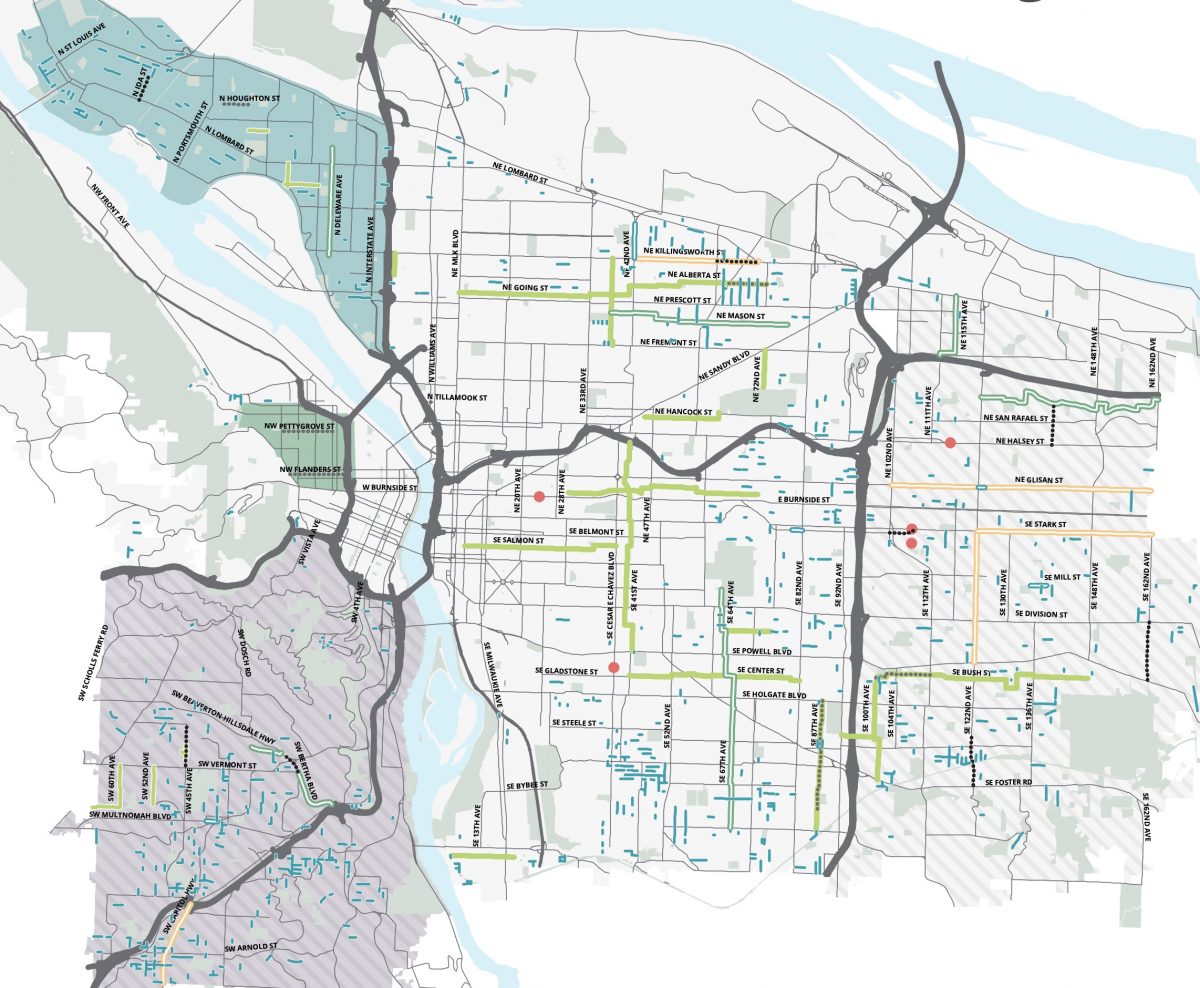 Portland’s local gas tax will be up for re-election in May. 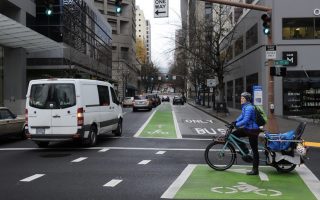 New pavement and striping on SW Main was one of the program’s marquee projects.
(Photo © J. Maus/BikePortland)

The City of Portland has finalized the list of projects they plan to fund if voters say yes to another four years of a 10-cent tax on fuel. Known as the Fixing Our Streets program, the Portland Bureau of Transportation says they estimate a $76 million haul from the tax’s first four years (and another $8 million from a related Heavy Vehicle Use Tax, which they also plan to renew). The new project list adds up to $74.5 million in expenditures and will go in front of Portland City Council on February 6th, where its expected to get official referral to the May 2020 ballot.

PBOT said in a statement yesterday they’ve already nailed down support for the referral from a wide array of community groups citywide.

The tricky dance for PBOT was to identify the right mix of projects that will not only improve our transportation system, but also garner enough votes to pass. The 2016 tax passed by only four points with just 52% in favor. The result was buoyed by very strong support from central city and close-in neighborhoods. It was a different story east of Interstate 205, where it lost in every precinct. The further east it went, the more “no” votes it saw.

Investing in east Portland is what won the support of Business for a Better Portland Executive Director Ashley Henry, who said in a PBOT statement she approves the list because it will, “Extend the benefits of these investments to more parts of the city.” And Ashton Simpson with The Rosewood Initiative said he believes the program is, “Helping to address the long unfulfilled promises made to East Portland for safer streets.” 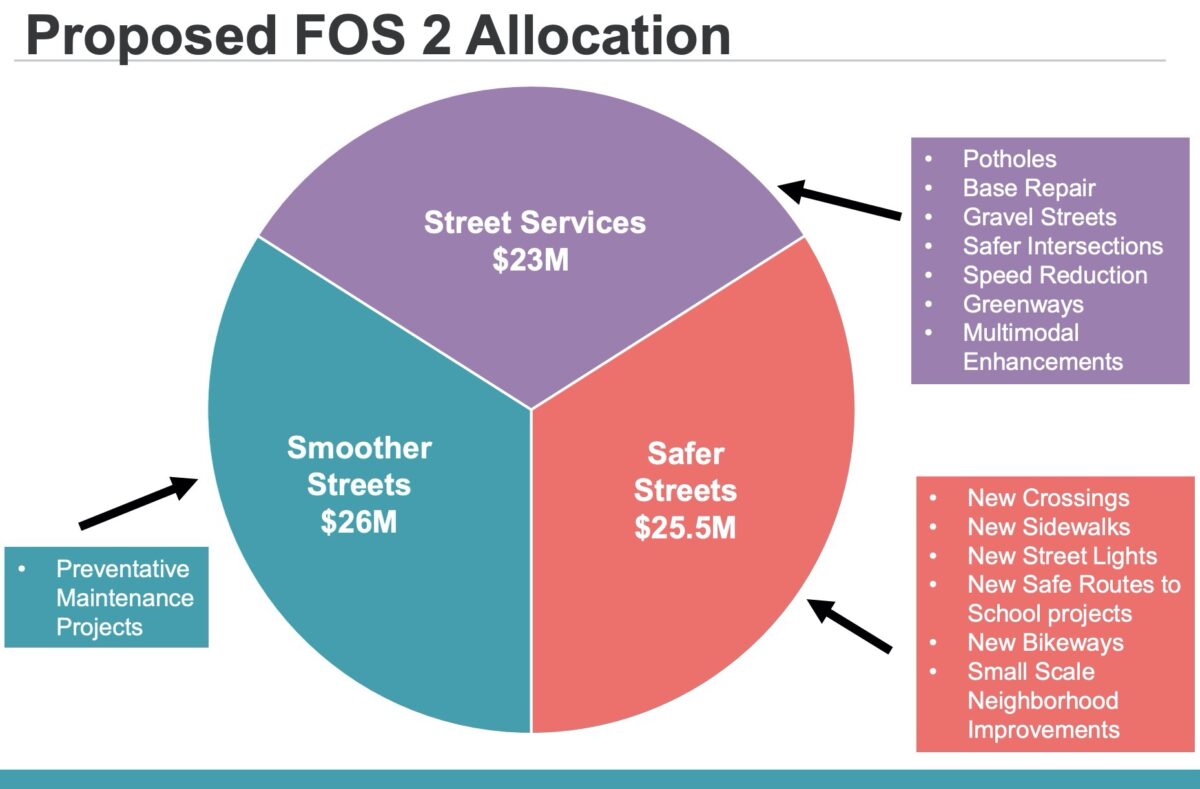 Safer Streets:
$5M for new signals and beacons on some of Portland’s most dangerous streets
$4.5M for sidewalks and other walkways
$6M for Safe Routes to School projects
$4.5M for Lighting to improve visibility for everyone, no matter how they travel
$4.5M for Neighborhood Greenways
$1.5M for Neighborhood Safety Improvements to implement small-scale safety projects focused on pedestrians and people biking

PBOT has focused investments on “high crash network” streets, which make up just 8% of our road network but have accounted for 65% of Portland’s fatal crashes in the last two years. Spending on these large arterials has increased by 300% since 2017 — from $15 million to $60 million — but our death toll continues to climb. 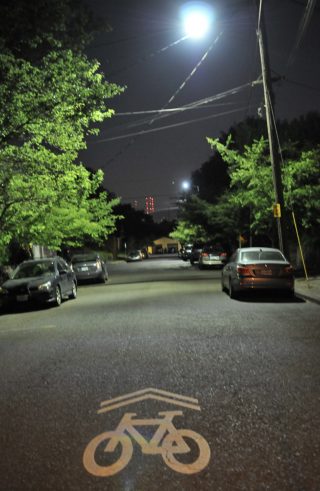 A new priority for 2020 is street lighting. PBOT Project Manager Mark Lear said during a presentation to the city’s Bicycle Advisory Committee in November that lighting wasn’t identified in the 2016 measure and its presence this time around comes as a result of the city’s work to combat racial and geographic inequities. “We’d like to solve this [lighting] problem ASAP,” Lear said.

Lear also said the “massive number of pedestrians still being killed on our streets” was a “big motivator” in deciding where to invest.

If this tax passes in May, it could be one of several new sources of transportation funding revenue for the City of Portland. Also on the ballot is a multi-billion measure from Metro that would direct millions to PBOT. And the Oregon Legislature is set to debate a new version of their cap-and-trade bill that would funnel 80% of transportation-specific carbon auction proceeds to local jurisdictions for implementation of climate plans and projects that reduce greenhouse gas emissions.

For bicycle riders, there’s a lot in this package worth voting for. However, none of them are especially bold or exciting. PBOT’s Lear told the BAC that was done on purpose. When asked by a committee member if the program would pay for traffic diverters on neighborhood greenways (instead of less-effective speed bumps), Lear said, “We’re not going for controversial projects with this measure. We have to be careful about how much we push diversion conversations in an election… We need to be really strategic… Again, we’re talking about a measure that passed by a few percentage points [in 2016]… We have to be strategic of where the public is on the topic [of bike-specific investments].” 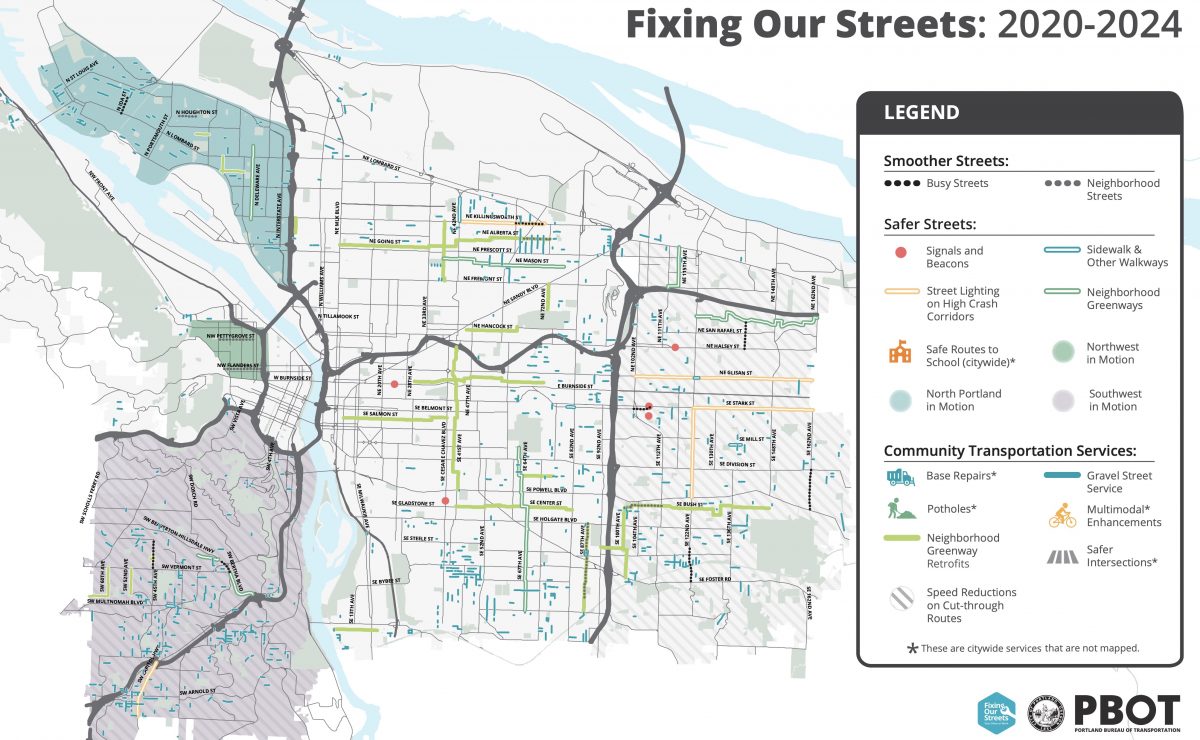