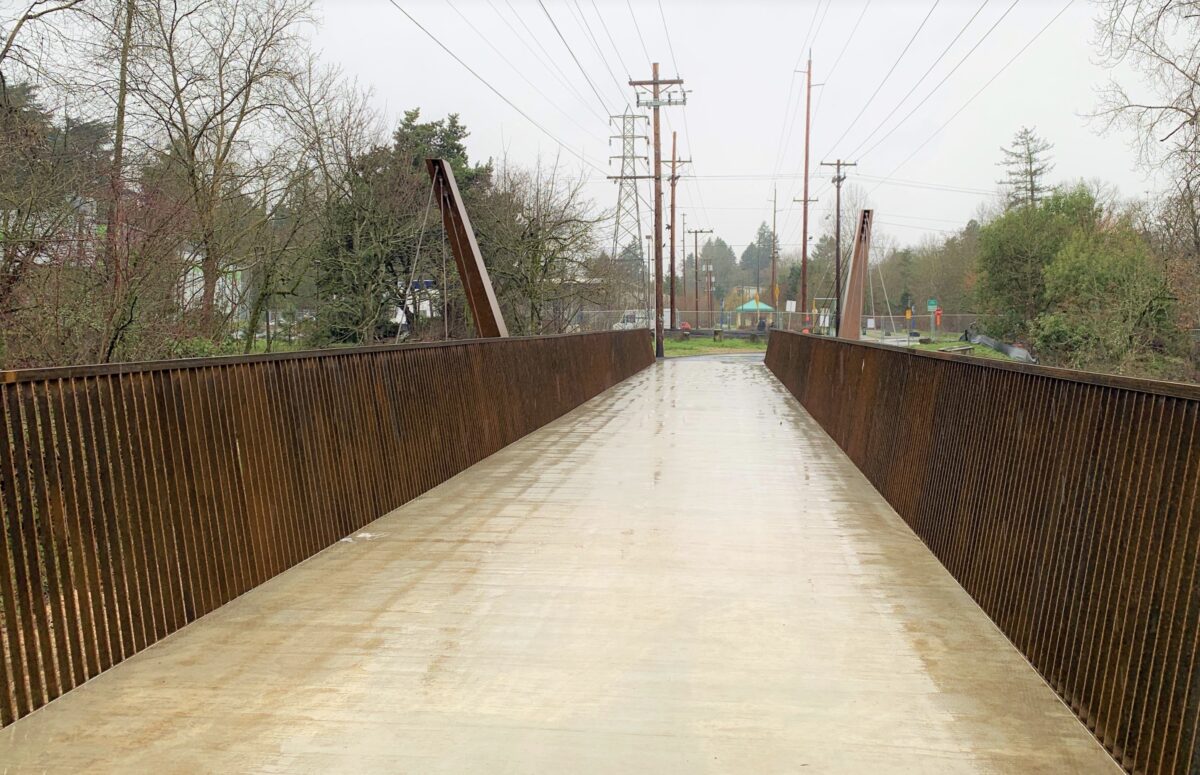 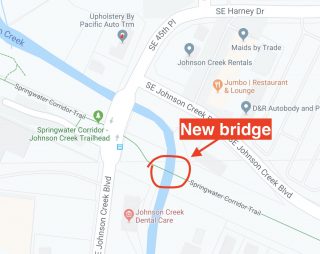 If you ride the Springwater Corridor in southeast Portland you’ll be in for a treat on Wednesday. That’s when Portland Parks & Recreation will officially open a new bridge over Johnson Creek near SE 45th Place.

The old bridge was made out of wood and was used by the Springwater Division Railroad Line in the early 1900s. Its large footings in the creek constrained fish movements and caused debris to accumulate during storms. PP&R’s new bridge is made out of steel and concrete and doesn’t disturb the creek at all because it anchors to its banks. This will lead to healthier habitats and more free-flowing water. Up above where we ride, the new bridge surface will be much smoother than the old, bumpy railroad planks. 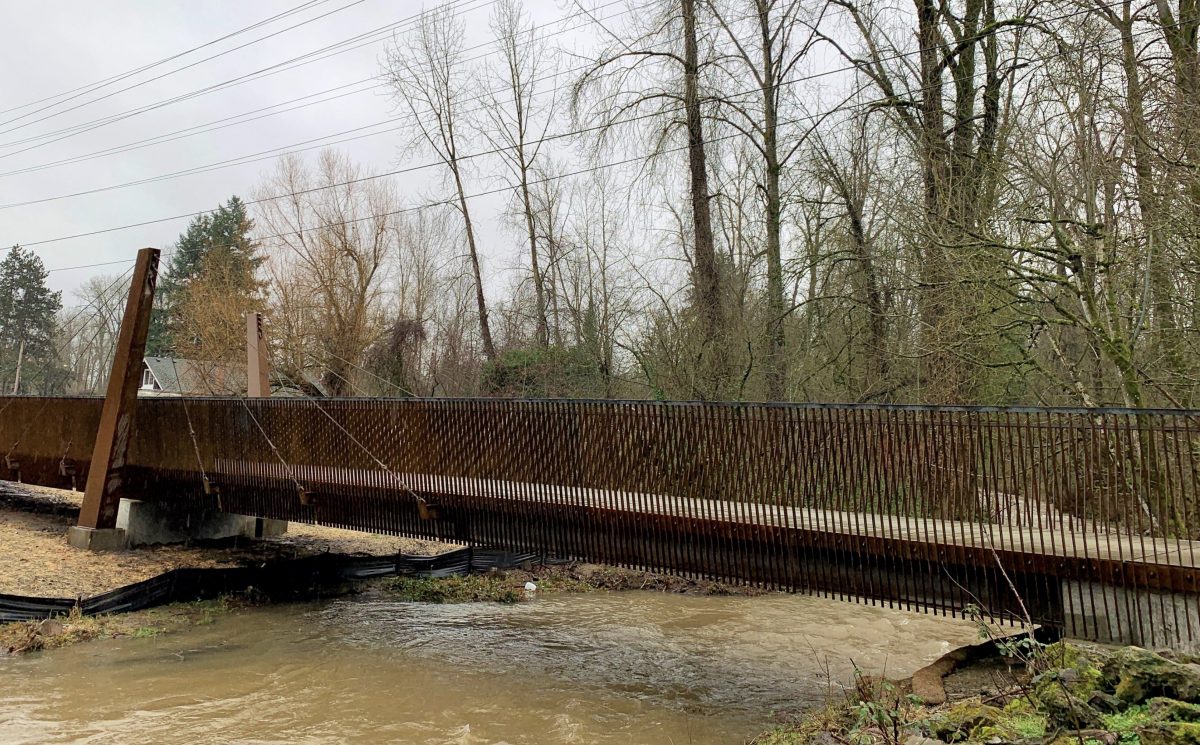 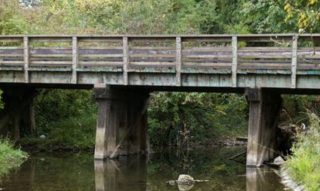 This is one of two bridges on the Springwater Corridor being replaced thanks to the 2014 Parks Replacement Bond. That bond allocated $2.3 million for this project and Parks spokesperson Mark Ross says they plan to come in under budget.

In related news, Metro Council is poised to approve funding for the Trolley Bridge which would extend the Trolley Trail via Portland Avenue in Gladstone with the Clackamas River Trail in Oregon City. The project is part of Metro’s 2022-2024 federal flexible funds program.

In other regional trail news, Metro will host is next Quarterly Trails Forum on Monday, January 27th from 1:00 to 3:15 pm at Metro Council Chambers (600 NE Grand Ave). This forum will include experts and updates on issues and projects from around the region.

Nice!! I will not miss those wood planks, although they never gave me a flat through who knows how many traverses. The neighborhood detour was actually pretty decent during the work period. I’m going to check this out later in the week!

Yes! The old bridge was like riding through a rock garden on a 1980’s Huffy!

When do we get that bridge across Deep Creek to Barton?

This is objectively good and I can’t complain, but I will miss the old, bumpy planks.

I would pretend they were Paris-roubaix style cobblestones, hitting each “sector” in my highest fear and mash the pedals (further pretending to be a pro…) And yelling “ROUBAIX!!”

(Disclaimer: I don’t these shenanigans when paths are crowded, that word be rude and alarming)

Ah yes, “the speed bump bridge.” That will be really nice.

Its funny – I tried to Google Streetview this trail segment hoping that Google did a sweep of it with their tail camera…but the only did the links at the Heron Lakes Golf Club next door.

This is by Johnson Creek, pretty far from Heron Lakes.

A bit confused. Are you referring to the new bridge between South East 145th and Jenne road or is there another bridge at 45th?

Let us hope the 405–Flanders structure is to the same standard.

Back in middle School when Springwater trail was young we used to ride over the railroad ties with no planks. That was a bumpy ride.

And we tied an onion to our belts, which was the fashion in the day.

I one rode from Bend to Sunriver over the ties on the BNSF railroad thinking it would be faster than either the highway or backcountry trails. I was very wrong.

That’s a fairly active railroad. Not a great idea for many reasons.

Is it safe to ride the Springwater lately?

Seems like a lot of money to make something that worked…work better. Would rather put that toward something new somewhere else. For instance, since this was funded by a parks replacement bond, maybe playground equipment from some of the parks where lead-paint equipment was removed and not replaced (Mt. Tabor, Laurelhurst Park, etc.).