Here’s a bit more on each event: 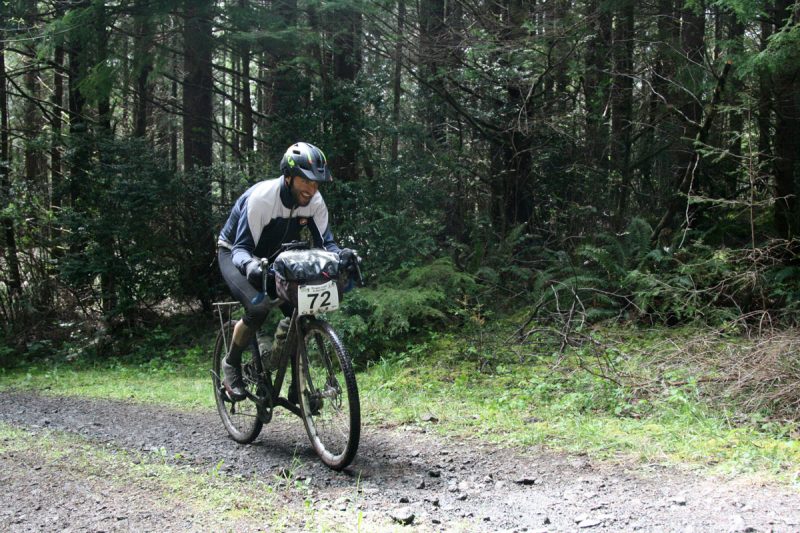 The routes consist almost entirely of logging roads, half of which are unpaved. Riders will come face-to-face with the deepest, darkest secrets of the Siuslaw National Forest southeast of the coastal town of Waldport. There will be aid stations along the course and registration also includes free socks and a post-ride Mexican feast and drinks worthy of Cinco De Mayo. 250 riders showed up for this one last year. For a recap of how it went, check out Mielle Blomberg’s comments via Ride With GPS. This one has been on my list since the start and this might be the year I finally check it off.

Sasquatch Duro – May 19th in Oakridge
This is the first time the OTC will be in Oakridge, which many of you already know as a mountain-biking mecca. Being a mountain biker himself (his Mudslinger cross-country event is a classic that’s been offered since 1991), Ripley knows all about Oakridge’s world-class trails; but he refer to the former logging town southeast of Eugene “the Kingdom of Gravel.” The Sasquatch Duro (“duro” as in hard) offers a 25, 30 or 45-mile route that rolls north for eight miles along the Willamette River on the amazing Aufderheide Scenic Byway before cutting into the dirt. Drop-bar bikes are still recommended, but Ripley says will want to run a minimum of 38mm tires because the “downhills may be a bit insane.” Everyone who enters will get a pair of custom wool socks and support on the course. 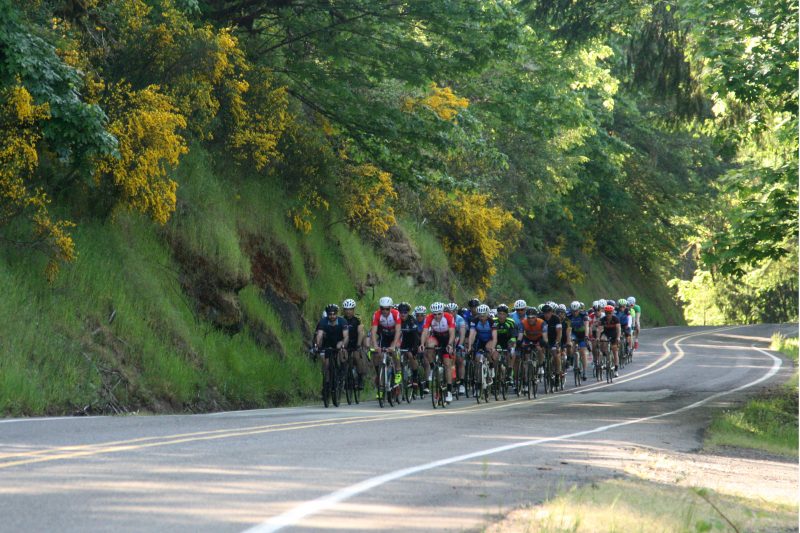 What the final event lacks in dirt and adventure, it makes up for in mileage and socializing. The Oregon Gran Fondo is a fondo in the truest sense of the term: A chance for riders of all abilities to experience the joys of road riding. Four routes will be offered — a 40, 71, 117, and a 137-mile route (that includes 10% gravel roads for good measure) — and the terrain will feature all of Oregon’s splendor in the hills and backroads west of Cottage Grove.

Taken alone, each one of these events is worth checking out. But as its name suggests, doing all three is a special accomplishment that comes with special perks like swag (including an Oregon Triple Crown jersey if you finish all three!), great meals and support, and time tracking for cumulative rankings and points (based on age groups). Ripley says demand is up so far this year and that over 60 people have already signed up to do all three. Get more details on the series pass here.

Asked why he puts on the series, Ripley told me, “Well, it’s a big world and I have been trying to bust people out of there comfort zones for 25 years. It’s all about adventure… if you don’t like fun time on the bike, don’t come!”

The series is made possible through sponsorships from Eugene-based Co-Motion Cycles and Rolf Prima Wheels. Learn more at OregonTripleCrown.com.

What a cool series of events! This looks like a blast!

That Oakridge ride should have some pretty awesome scenery and technical riding but even still… I am curious to see the level of interest for *only* 45 miles. (Obviously this may seem long and the 60 mile Coast Route crazy for some but for context both the Oregon Gravel Grinder races have long courses over 100 miles this year and there is also Skull 120 which, as the name suggests, offers a 120 mile long course).

Regardless these types are rides are 100% what’s going to increase interest in somewhat competitively bike riding (like it or not) and hopefully this is successful again this year. The Gran Fondo format is much more beginner friendly than Road Racing and lends towards longer distances being possible due to aid stops and somewhat dialed back competitiveness. Although people unfamiliar with these types of rides beware, the front group is 100% there to ride hard and fast and you will pay trying to stay with if you’re not prepared… not that I…uh, know anything about that. 🙂

Yes, as with the Gravel Grinder series in 2017, there is a competitive aspect and you can race hard if you want to but you can also just cruise along with some friends and treat it like a fun ride. No OBRA license required. Pick your poison.

These are terrific challenges with a great communal atmosphere. We’re fortunate to have Mike organizing these community-based events… for gosh what 30 years now?!

I rode this series in 2014 and can attest to the whole event series being well-planned and organized. The routes are challenging (the gran fondo remains the toughest ride I’ve personally ever done) but the support is there, the volunteers were fantastic, and I have only great memories from that summer. Those roads are remote, rugged, and unforgettable. Sign up and start your training now.

You can’t go solely on mileage. I’ve ridden the Gravel Epic (Abomination Route) and I’ve done 100+ mile rides in the areas where they have the Gravel Grinder series. No comparison. The Gravel Epic is one of the hardest things I’ve ever done. It’s pretty brutal.

Jonathan Maus, this is actually year 6 for the Oregon Triple Crown, and I’ve got 5 hard-earned OTC jerseys to prove it! As a matter of fact, your “related posts” feed features a piece on the Tour of Aufderheide route, which was then the second leg of the first OTC in 2013 (’13,’14,’15,’16,’17=5).
All of us at Co-Motion Cycles are psyched to see these OTC events grow and evolve. Mike Ripley has done an amazing job since Steve Cash handed off the series a few years ago. Come out and ride with us this year!

Hi Dwan! I’ll correct the post. And I can’t wait to see you out there this year. I will ride with you as long as I can.

I’m happy to hear that, Jonathan! It’ll be great to see you at the Oregon Gran Fondo, The Oregon Coast Gravel Epic and Sasquatch Duro. What fun!

I’ve done the Oregon Stampede 3x and I’d do it again once I’m in shape! Amazing ride through Wasco County.

Also, did a ride a couple years ago from Diamond Lake –> around Crater Lake and back. This was by far the most fun I’ve ever had adventure riding! It was put on my the Klamath Falls Tourist Center — http://ridetherim2017.com/ I casually rode with friends, but there was deffinetly groups tackling it as hard and as fast as they could 🙂