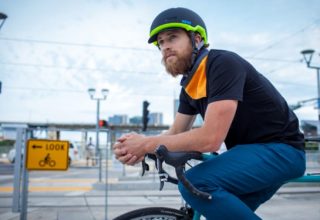 Portland’s bike culture goes way beyond bike lane activism and group rides. Our city is also a magnet for bike-related industry — from manufacturing to design and everything in between.

Here’s an update on the people, products, and places that make up Portland’s ever-changing bike industry landscape… 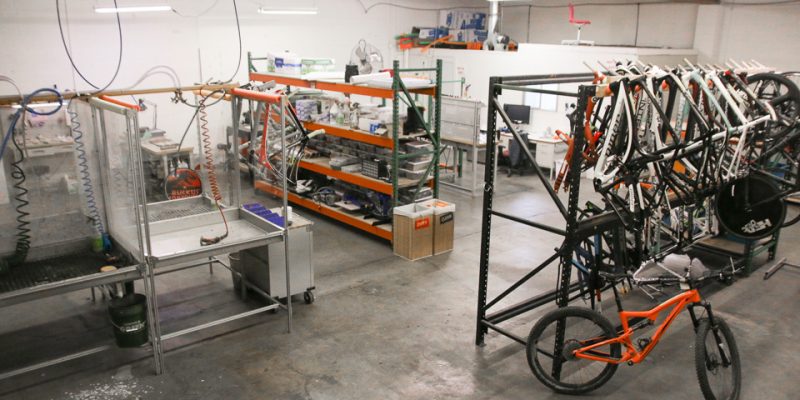 Continuing the growth we reported on last fall, Ruckus Composites has just completed a move into a new space. Here’s more from a company statement: 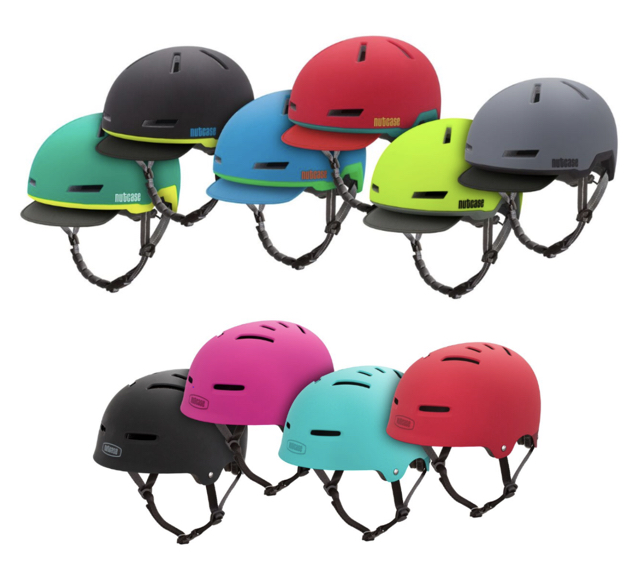 Nutcase’s new helmets: The Tracer (top) and The Zone (bottom).

Nutcase has started off 2017 with a bang. The southeast Portland based company has launched two new helmet models and expanded options for an existing model.

“The Zone” ($49.95) is a new helmet targeted to “active teens who want something comfortable, protective, and good looking.”

If you want comfortable, streamlined protection, The Zone is a full-coverage helmet that does not compromise airflow, fit, or style thanks to FlexForm™ technology. This innovation gives this helmet a versatile and accommodating fit via segmented EPS that flexes to adapt to the rider’s head shape.

“The Tracer” ($89.95), “takes cyclists from town to trail with ease, and is especially popular with the growing population of e-bikers around the globe. A lightweight, inmold helmet that provides full-coverage, the Tracer offers innovative features as well as high-energy colors and reflectivity for increased visibility.” 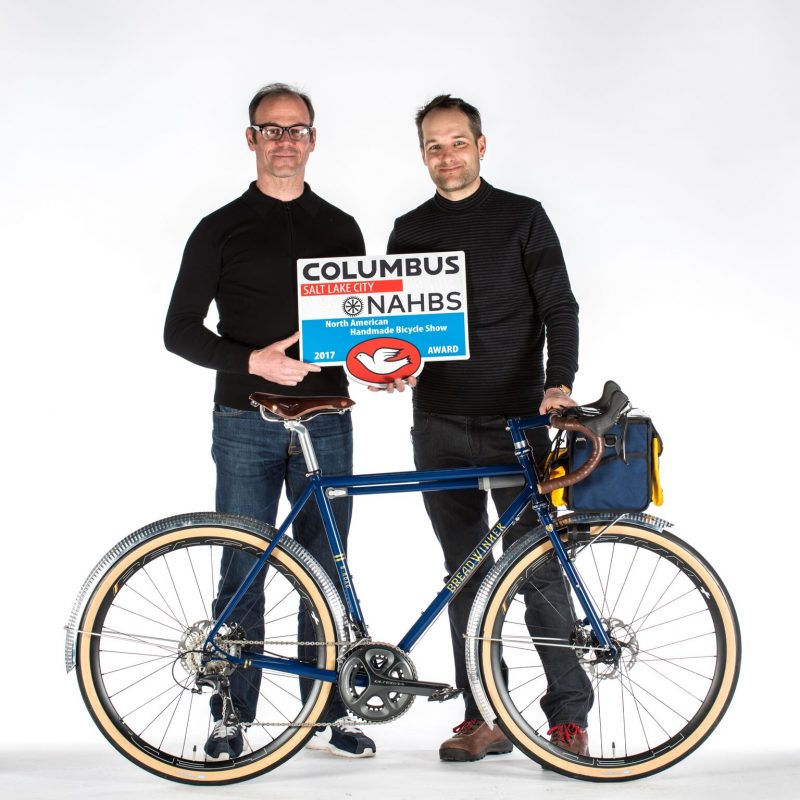 The North American Handmade Bicycle Show took place last week in Salt Lake City, Utah, and a Portland-based company walked away with a top prize. Breadwinner Cycles, the brand created by builders Tony Pereira and Ira Ryan, won the award for Best Columbus Build. The steel-tubed bike is a variation of Breadwinner’s popular “B-Road” model. It comes with a front fork built by Christopher Igleheart, 650B wheelsize, generator hub, and more. Congrats Tony and Ira! 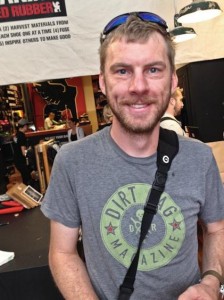 Bicycle Times Magazine is published by a company based in Pittsburgh, but for the last several years its editor-in-chief Adam Newman lived and worked in Portland. Each issue of the magazine featured several stories and reviews that had a decidedly Portland orientation. Now that Newman has left the magazine, Rotating Mass Media has announced it will cease print publication of the title. Associate publisher Trina Haynes told Bicycle Retailer & Industry News that, “Bicycle Times’ multimedia platforms continue to grow and evolve. Rotating Mass Media is adapting to the modern media landscape with an emphasis on quality content and hosting world-class events.” Newman took over the Bicycle Times job in September 2015 and has now taken a job with economic development agency Greater Portland Inc.

Read more about Portland’s bike industry in our archives.

on The Tracer helmet where is the reflectivity? their web site isn’t clear, but it shows thin traces of light in the header image so I imagine it’s a small patch somewhere…

The Tracer uses 3M reflectivity woven into the straps.

Glad to see the Success of Rukus, but it is a bit ironic that one of the fasting growing bicycle business’s in Portland involves fixing broken and failed carbon fiber frames. Maybe it is a form of economic Karma with the frames originally being made overseas, but now the revenue and jobs created to fix them ends up right here in Portland.

Thank for the support, as part of our new shop we are building a carbon fiber bike showroom that will include cut up frames, forks, xray images and more! Would love to have everyone down for an open house (TBD)

I like to think that we hire great people and are focusing on business development. 😉

I have only sent higher-end carbon frames over there – Calfee, Trek OCLV, etc. Those are/were US produced.

But sure, it is probably all due to the lower quality of the Asian manufacturers.

Most carbon frames fail like steel, AL, or TI frames–they get run into something or somebody wants something changes. I have taken a couple of customers’ crash repairs to Ruckus, where I have seen frames waiting for different cable routing, front derailleur brackets added or subtracted, Di2 wiring enabled–stuff that people have done to metal frames, too.

Im at a bit of a loss here with your comment Dave. I’m hoping you were posting from a phone with a small keypad while drinking. That might explain your grammatical errors…. Nothing against your friends at Ruckus, I hear they do good work…While it is true all materials may fail, and carbon advances are amazing, let’s not confuse facts. Steel is king. Aluminum had its highest moments in the hands of a man from Chehalis. Titanium is super fickle in regards to quality of manufacture, but at the upper level totally confidence inspiring. Carbon fiber fails are still too much for me. I have a few carbon bits in my quiver, mostly forks from reputable manufacturers. I still don’t trust them. Personal antidote: 45 years of cycling … No broken steel or aluminum tubes. Two broken carbon bars, one seat post, three frames broken without crashing them. Seven Klein bicycles since 1985 not one issue with any single bike. Still own and ride three of them today. Crashed most of them quite a bit.

My two little ones just got new Lil Nutty helmets from Nutcase. They give a combined 4 thumbs up.

Breadwinner bikes are gorgeous. I wish I felt worthy of that kind of treat.