Select images from SSCXWC 2009, the last time the event was held in Portland.
(Photos © J. Maus/BikePortland)

Next November the tenth annual Singlespeed Cyclocross World Championships — a completely unsanctioned event more commonly known by its acronym SSCXWC — is coming back to Portland.

Portland hosted the first three SSCXWC events in 2007, 2008, and 2009. Since then, the event has traveled throughout the country with the most recent stop coming last month in Victoria, BC Canada. 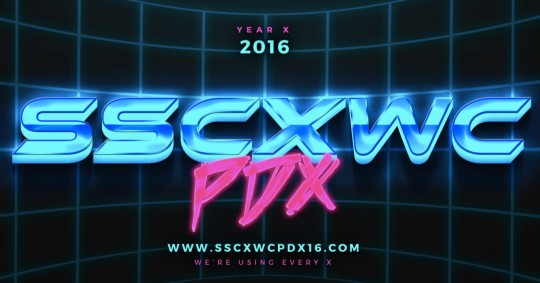 People traveled from all over the U.S. and the globe for this year’s event which happened over three days. Activities included a group ride, a “Feats of Strength” competition, a pre-race party, separate “throw down” races (the main event) for men and women, and a post-race “Get Naked” party.

As the official website says, there are only two rules governing the entire weekend: 1) Everyone must qualify and race on a bike with only one gear. And 2) If you win, you must get the tattoo. (Whether or not you get the acronym right is your problem.)

It’s been six years since BikePortland has covered it, but judging from the great coverage over at Cyclocross Magazine, the SSCXWC still looks like one of the wildest and silliest on the calendar. And this album from local photographer Jake Tong proves that Portlanders are still leaving their mark on the event.

The details on the Portland event aren’t out yet, but judging from the Instagram account of the local organizers we can guarantee it will be… err… ummm… memorable.

Looks like I picked the wrong year to give up racing single speed.

Time to start training again, I can’t miss this one.