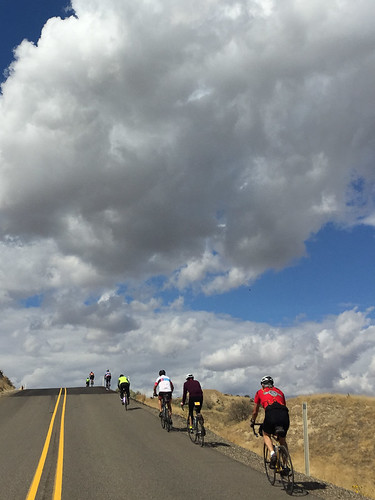 In general, I despise backtracking. Loop or die is how I usually roll. But today we learned that backtracking can be beautiful.


Due to the Big Snafu that forced Cycle Oregon to turn around for the first time in its nearly 30-year history, instead of pedaling up into the Wallowas and into Joseph, we left Cambridge and headed back to Farewell Bend State Park. It’s the route we did Monday, only in reverse.

After getting rained on all night (for the second night in a row!) we woke up to blue skies and perfect, Windows start-up screen clouds. As I hopped in the Cycle Oregon photographer’s mini-van for the 50+ mile drive* it was as if the route was completely new. Sure, I recognized some of the farms and the major landmarks (there aren’t many in these parts), but somehow the bucolic valleys, mountain vistas, and snaking rivers looked brand new… 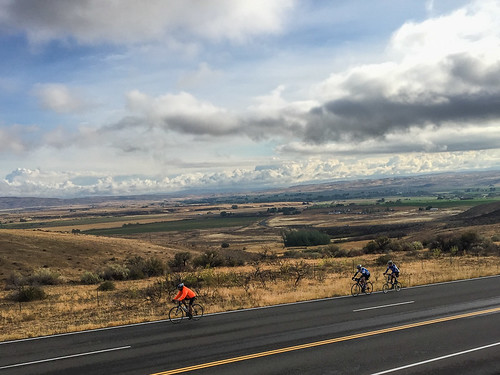 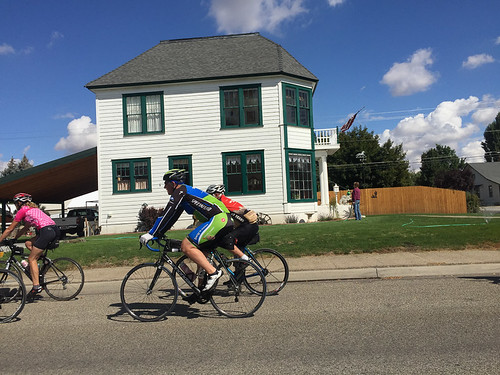 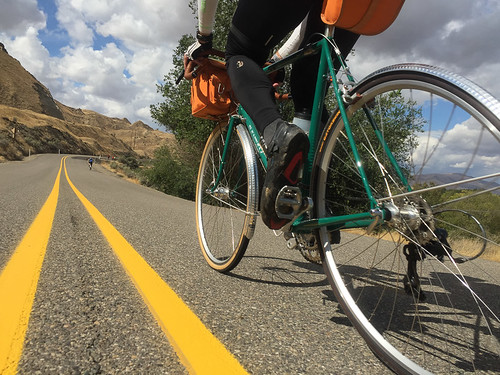 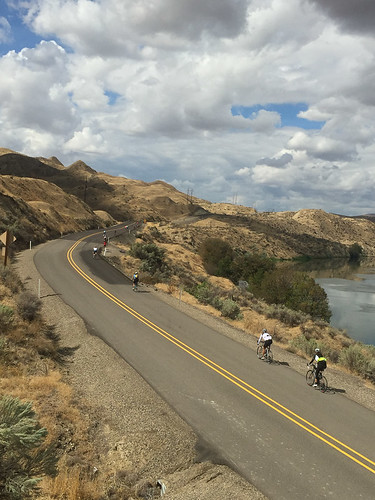 Riding along the Snake River. 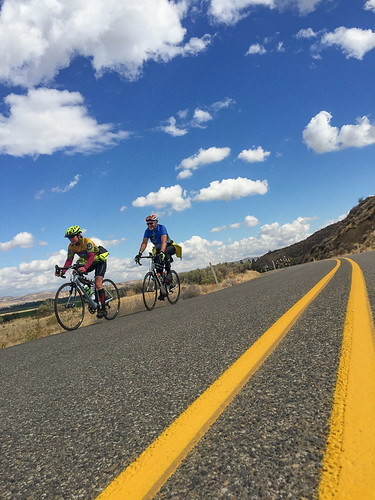 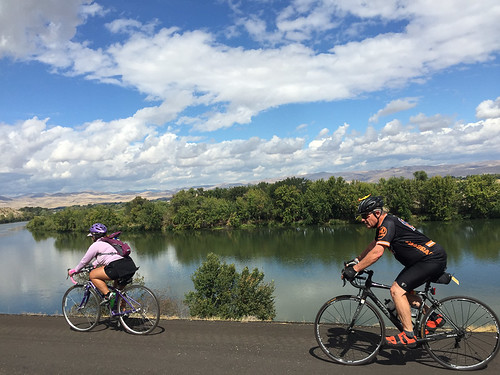 Lack of a guardrail really makes all the difference. 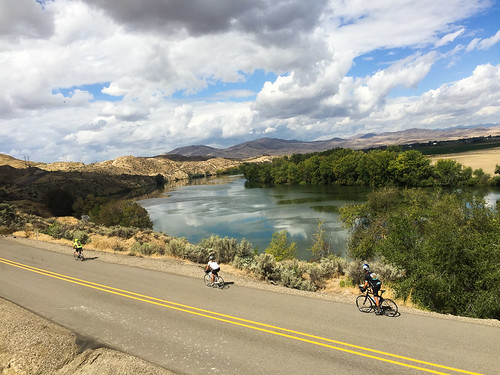 Olds Ferry Road on the Snake River that separates Oregon from Idaho.

I’m working from Cycle Oregon all this week. See past coverage here.

*Yes, I drove today’s leg. I wanted to get a different perspective and change things up a bit. I’ll be back on the bike tomorrow.

You’re like my wife. When we ride somewhere we’ve been numerous times, she has no idea where she is and sees it with fresh eyes each time. Me? I name the potholes and greet them each time I pass by. Sometimes that greeting comes as a grunt if my wife, who captains the tandem, doesn’t see them in time to avoid them.

It sounds like you and the rest of the folks are having fun even with the improvised routing.

You make better images with your telephone than many people can make with a “real” camera. Respect.

Cycle Oregon seems to be spending most of its time in Idaho.

Cycle Oregon should stay out of Wallowa county until the folks who murdered a wolf pair are arrested and convicted. Go wolfs!