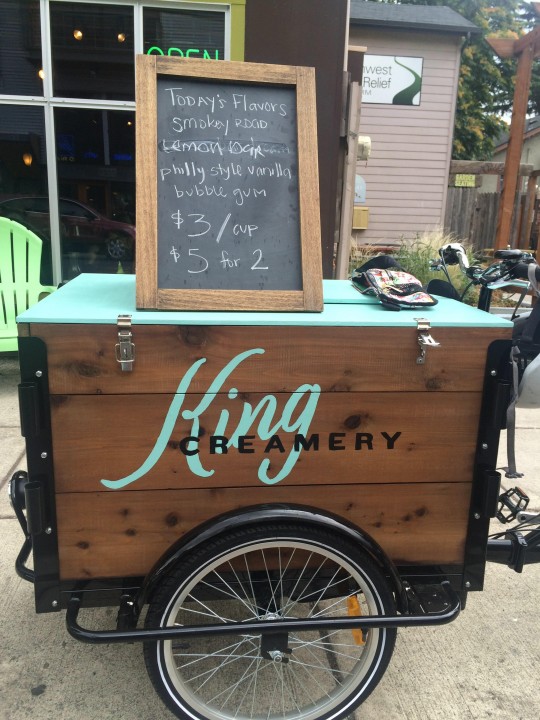 Portlanders on cargo bikes and trikes will deliver soup, fresh produce, food cart meals, beer and (of course) tamales to your door.

This summer, add another item to the menu: fancy ice cream.

For $24 a month, you can now be a member of King Creamery’s Ice Cream Club and get a bike delivery of three pints of the Northeast Portland-based King family’s latest ice cream concoction. This month’s flavors: “Banana Stand,” “Peaches & Cream” and “Mint Cookies.”

One-month purchases are also available for $25.

“I’ve been making ice cream for, gosh, it’s been eight years or so,” said Jason King, who co-founded the company this spring with his wife, Yvonne. “My wife wanted to have an ice cream party for her birthday one year, so I bought an ice cream machine, and I really got kind of obsessed with making it.”

He was proud of the creative flavors he hit on, so he started bringing the ice cream to events with friends.

“People started asking if they could buy it, and I was just like, ‘Well, I don’t really do that. I just like making different flavors of ice cream,'” he recalled.

Then King, who had grown up in Seattle, moved with his family from Los Angeles back to the Northwest. The former L.A. bike commuter was impressed by Portland’s bike-friendly streets and culture.

“Portland is just so easy to get around by bike,” he said Wednesday. “I’ve lived in a variety of other cities, and when I moved here three or four years ago, I was just shocked at how easy it was.”

King works at Instrument, a digital creative agency on the edge of Portland’s central eastside. As the daily bike commuter and father of two started thinking about whether he and his wife could start an ice cream business as a side gig, he began to think that a pedal-powered vehicle might be the way to make it work without a storefront. 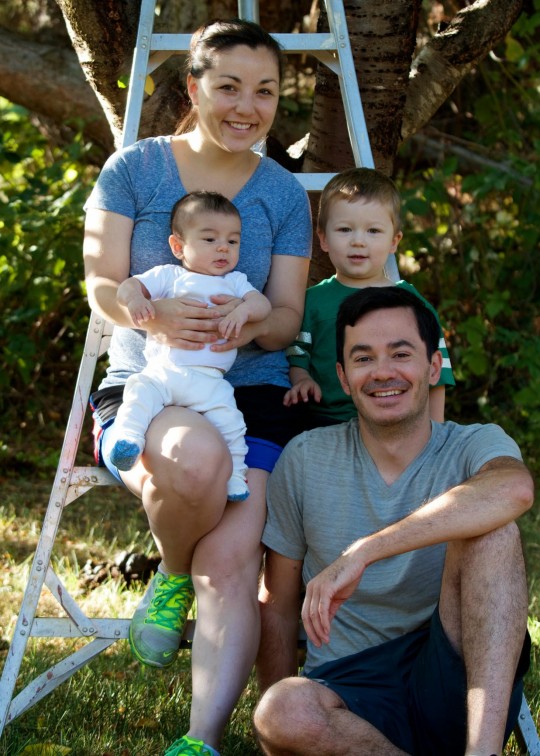 The couple priced traditional ice cream trucks, but they were far more expensive and came loaded with specific regulations. Instead, they decided to buy a wood-paneled cargo trike from Icicle Tricycles for what Jason King said was about $1500.

The trike also doubles as a mobile ice cream stand. King sells his product by the 4-ounce cup, $3 each or two for $5, in parks and commercial areas.

A few months in, the King Creamery club has 30 recurring members and might get 10 to 15 one-off delivery orders. King said he hasn’t yet needed to set a firm geographic boundary for deliveries, and in the case of people with further-flung homes (including one friend in Wilsonville) he’ll deliver by car.

Whenever possible, though, he does deliveries by trike.

“I kind of figured people would like the ice cream,” he said. “But actually bicycle delivery, it’s kind of surprising how people get kind of giddy about it. People get really happy when you just show up at their door with ice cream.”

Thanks for the tip to reader Chris Sanderson, whose own bike-based mobile business, the licensed general contracting firm Builder By Bike, just celebrated its fourth birthday. Congrats, Chris!

I love this idea, and the flavors look delicious. I just signed up, and hope the trike can make it up Mt Tabor!

Thanks for joining the club! The trike will make it to you one way or another.

What a wonderful idea! I wish them luck and success. If I weren’t a single woman constantly fighting a weight problem, I’d love to sign up. As it is, if I see them riding my way, I will definitely give myself a one-time treat!

Would you be willing to serve ice cream at a wedding?