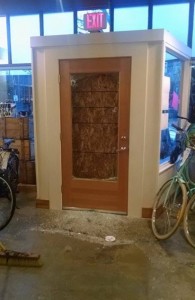 Benson owns Gladys Bikes at 2905 NE Alberta Street. She shared the bad news earlier this evening: “I received a call in the wee hours of the morning telling me that someone had shattered our front door and broken into the shop.”

The thieves made off with two bikes and Benson is urging everyone to keep an eye out for a Giant Liv Alight city bike and a Bianchi Lupo drop bar road bike. We know how stolen bikes tend to turn up shortly after being stolen, so time is of the essence! (Scroll down for photos of the bikes.)

Shop break-ins are all too common in Portland. We’ve reported on several in the past few years. Between November 2011 and February 2012, a thief known as the “window pane bandit” hit four separate shops.

Here are the two bikes that were stolen: 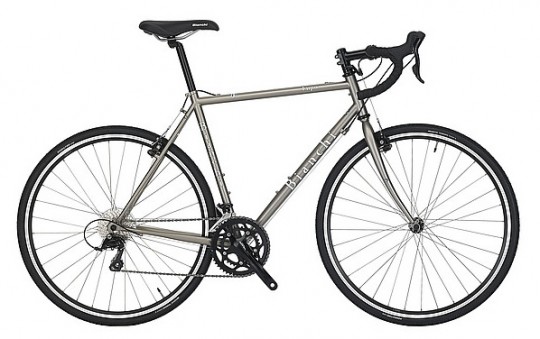 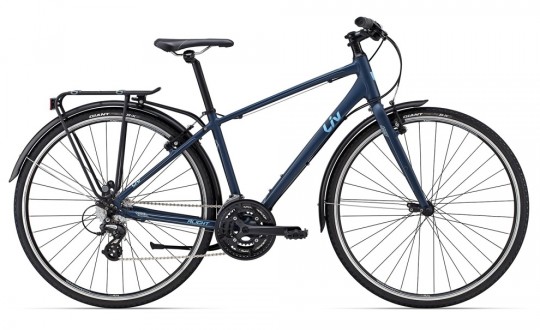 Some shops have insurance that will cover the cost of stolen goods and property damage; but Gladys Bikes is still in its infancy as a business and Benson confided in her customers via Facebook that “We’re small and insurance doesn’t cover everything.” “Having a few thousands dollars worth of goods and window replacement,” she wrote, “isn’t the easiest pill to swallow.”

While Benson is obviously disturbed by what happened, she’s putting it all in perspective. “I’m saddened, I’m stressed and I’m angry,” she shared, “but I am also fully aware that Gladys Bikes getting broken into is not the worst thing that happened last night [a reference to what happened in Ferguson].”

Benson says if you’ve been thinking about getting a tune-up or getting a certain accessory, now would be a great time to show Gladys Bikes some retail shopping support.

Great opportunity to not buy bullshit on black friday and get useful bike related things this friday!

Or better yet, avoid shopping on Friday.

Or better yet, commit to not being a status-obsessed, material and possession-craving, corporate-supporting drone 365 days a year, and disregard symbolic days where you pretend you’re one thing or the other.

So awful to read this news…

If there’s anything I can do to help, let me know.

Hey Christopher! I just started a GoFundMe to raise funds for the shop. Hopefully the funds raised will cover the door repair and bike replacement (if they aren’t found, or are found damaged): http://www.gofundme.com/SupportGladys

Where are these photos of which you speak?

damn thieves got them, too

Ack! Sorry folks. Just realized I forgot to put the pics in when I published this last night (I did it from home with family swirling around so wasn’t thinking clearly 😉 ). Photos added.

So sorry to hear this! what a terrible thing to have happen.

I highly recommend Gladys for bike service, and now is a great time to get some maintenance done on your ride.

I just took advantage of their excellent winter overhaul deal ($125 instead of $200) and I can report that they do very good work, and are one of the most pleasant shops I’ve ever worked with.

Agreed, I’ve been in there a few times and everyone is great. The Surly is in the shop now!

Ugh, that’s unfortunate. Glad no one was hurt, though.

Neither one comes up stolen in Bike Index (yet) although there is a picture of a Lupo with nice array of U-locks:

Hey all! I started a GoFundMe to help the shop repair the damage and replace the bikes (if they are not found or are found and damaged). Thanksgiving is around the corner… show some love and support if you can! http://www.gofundme.com/SupportGladys

Got serial numbers of the bikes that you can share?