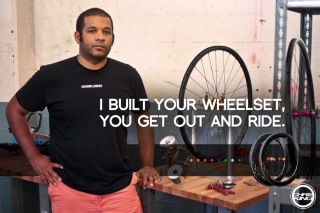 With the big bicycle industry trade show (Interbike) just wrapping up, and with lots of local bike industry news piling up on my desk in the past few weeks, I figured it was time for another roundup…

Chris King Precision Components now offers complete wheelsets
Northwest Portland-based component manufacturer Chris King made a big announcement before Interbike: They now have a full-fledged wheel building program. The new line of wheels is built in-house and they offer models for road, cyclocross, and mountain bikes (ranging from $1,000 to $3,300 a set). They come with Chris King hubs (obviously) and are built up with an “intentionally selected” and “pedigreed list” of parts from respected industry brands. King’s wheel program is being overseen by Greg Hudson, formerly of Corsa Concepts. Get pricing info and learn more at ChrisKing.com.

Zen Bicycle Fabrication launches private label program
Zen has found a niche building bikes on contract for many brands in the past few years. Now they’ve launched a private label program that will offer a turn-key solution to their customers. Zen has developed two frames — a cyclocross and a “trail-convertible fatbike” frame — that other bike companies can attach their branding to and build up however they’d like. This gives companies the ability to offer a Portland-made frame at a lower lower cost that they can purchase with much smaller minimum order quantities.

Recognizing a growing need in the industry, the private label concept was developed to support distributers, teams, bike shops, adventure outfitters, and brands looking to expand their line.

“We are often contacted by companies that want common designs but are unable to meet minimum order quantities or invest in engineering, testing and tooling. We want to use our passion for frame design and fabrication to allow customers to focus on selling quality US products” says David Woronets, Owner and Product Manager. 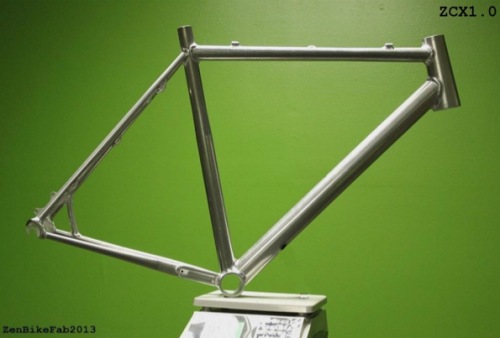 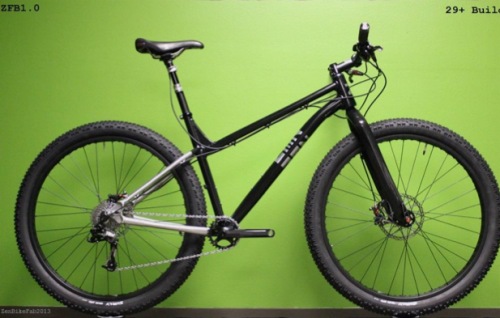 Rapha opens “Cycle Club” in New York City
Rapha, the London-based apparel company with its North American headquarters in Portland, opened one of their Cycle Clubs in lower Manhattan last week. The location, 64 Gansevoort Street, puts Rapha’s name in the heart of one of New York City’s most exclusive neighborhoods and it’s likely to push the brand into even greater heights. In addition to NYC, Rapha now has retail locations in Sydney, London, Osaka, and San Francisco. Learn more at Rapha.cc.

Kinn Bikes launches Kickstarter campaign
After selling out if his first batch of 30 bikes, Kinn Bikes founder Alistair Williamson is asking the community to help him take a big step up in production. With strong demand for his distinctive “fast and family friendly transport” bikes, Alistair wants to invest in tooling and equipment to set up a proper bike manufacturing operation right here in Portland. He’s asking for $50,000 via a Kickstarter campaign that just started a few days ago. Check out his video below to learn more about Kinn and why you should help the company grow (for more on Kinn, read our profile from August 2012): 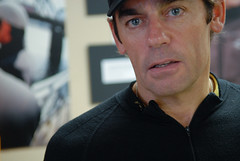 — Ed Dalton, formerly the owner of Showers Pass clothing, has been hired by California-based Albabici. Dalton is now the senior VP/director of North American sales for the company, which distributes a large line of Italian apparel and accessory brands. According to Bicycle Retailer & Industry News magazine, Dalton will focus on expanding sales of the Nalini clothing line in the U.S.

— Kevin Murphy, formerly the sales manager at Portland Design Works (and before that he held a similar position at Showers Pass), is now the director of sales and marketing for Swobo. Murphy will work to grow sales of Swobo clothing and bicycles and will “lead Swobo’s marketing initiatives through strategic event promotion and social media management,” says a company statement. Swobo is based in Fort Collins, Colorado, but Murphy will work from Portland.

— Follow all the local bicycle industry news via our Business Section archives.

Thanks BikePortland for the update…I did not realize how out of date my local industry whos whos was in my mind.

“are built up with an “intentionally selected” and “pedigreed list” of parts from respected industry brands.”

The parts aren’t drawn from the hat and have a list of ancestors? This gets my vote for worst marketing BS this week.

Well, that’s what you need to do to sell $3K wheelsets to the Freds.

That didn’t take long for the typical Portland hater-ade to get poured out. Guess it must be the return of the rain. Carry on.

Anything remotely nice on here is panned. God forbid someone has the money to spend on such things or that there is a market here that supports the creation stuff that isn’t garbage from China.

Well, I applied for that job when it was listed on BP last year, and wondered just what direction CK would take the wheel business.

A really neat wheel truing set up–fancy dial gauges and tensiometer–but nothing more accurate than I can do in my garage on my home-brew setup. Not even digital.

Anyway, I am more of a designer than a builder, and at my age could not turn out the workload demanded by an intensely commercial operation. But I can contrive and build strange stuff that CK never could sell: half-spoked crow’s-foot cross wheels? 16 spoke one-cross track wheels? Keep PDX’s wheels weird!

How is Jude doing? She has built some really great stuff!

I just bought a Kinn frameset a couple weeks ago and am building it up for a decidedly “un-family friendly” touring bike. I’ll keep you updated this winter for the final build!!

Got one of the first Kinn bikes for my daily hilly SW Portland commute and occasional transportation of kids and stuff and love it!

Kinn is doing a fun open house this Thursday the 26th to give people a chance check them out, ask questions, eat & drink, see silly action adventure outtakes to our Kickstarter video, and win some PDW leather grips. Come on by! https://facebook.com/events/124345984402430?aref=5&refid=17