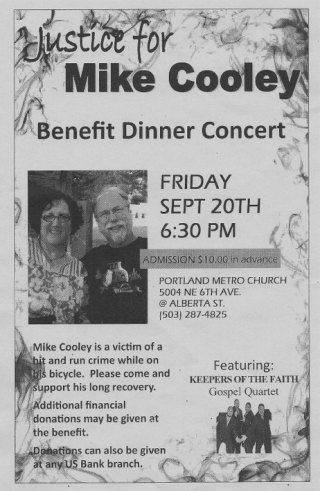 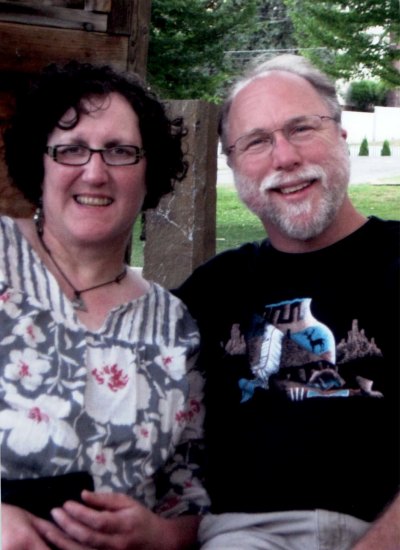 Lori and Mike Cooley, before the collision that
has changed their lives forever.
(Photo courtesy Cooley family)

Cooley, 59, was a longtime bike commuter to his job at the downtown post office. The June 15 crash paralyzed his legs.

Friday’s event, which asks $10 at the door, is 6:30 p.m. at Portland Metro Church, 5004 NE 6th Avenue at Alberta. Keepers of the Faith Gospel Quartet will perform.

Meanwhile, Cooley’s father Teddy and uncle Gordon have been spreading the story of the crash as widely as they can, hoping to find a lead on the person who hit Cooley.

“My brother and I have been physically handing flyers out, in color, describing the hit and run vehicle and narrative as published by Portland Police Bureau Crime Stoppers,” Gordon Cooley wrote in an email to BikePortland. He estimates they’ve circulated 1,000 so far, with no solid results yet. On a hunch that the person responsible had been at “a bar or three” beforehand, they’ve been visiting bars in particular.
A witness described the white Ford pickup as driving erratically before the crash. Cooley had been pedaling north up the hill on North Interstate, just north of Greeley. 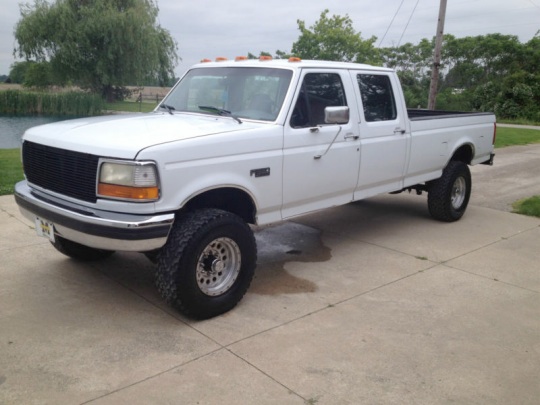 Here’s the police’s description of the truck they suspect of hitting Cooley:

A white 1993-1997 Ford F350 Crewcab pickup. The truck is believed to have two chrome step-up bars, at least on the driver’s side, and damage to the right front headlight area.

There’s a $1,000 cash reward for information that leads to an arrest in this case.

“If Mike had been a senator’s son or the chief’s son, they’d had the guy,” Gordon Cooley said in an interview Tuesday. “But they didn’t; they had to spend their money somewhere else.” 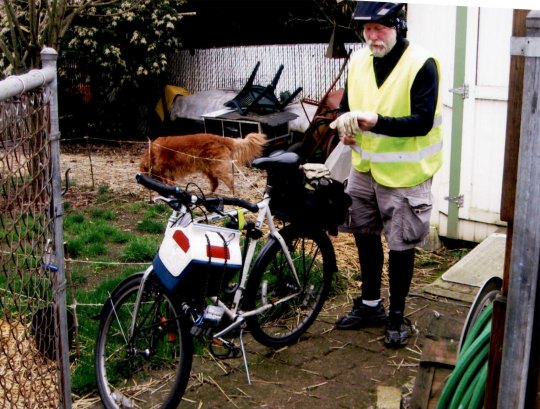 Mike worked at the downtown post office and had been commuting by bike for 15 years.

Evidence belatedly recovered from the scene of an Aug. 16 hit-and-run proved crucial to finding a woman who allegedly fled after hitting Henry Schmidt, 20, on Southwest Barbur Boulevard.

Gordon Cooley said Tuesday that money from the fundraiser will go in part to support modifications to Mike and Lori Cooley’s North Portland house, adding a ramp, widening the door and moving the bedroom downstairs. Gordon said he doesn’t expect his nephew to walk again.

Mike Cooley, who remains at Good Samaritan with a feeding tube, drains in both lungs and a trachial device that helps him speak, probably won’t be able to travel to Friday’s fundraiser, Gordon said.

Additional donations will be accepted at the benefit, and can also be accepted in Cooley’s name at any U.S. Bank branch.

So here and the recent SW Barbur incident, the PPD simply fails to collect evidence. This does not help their reputation.

Thanks so much for informing us of this! I will be there. I wonder if other media knows (I’m always looking for ways to increase publicity about hit and runs)… hmmm, I have some contacts of my own.

Michael, your web link to crimestoppers is a dead-end. And every time I call they put me on hold for over 20min. Their SMS format is evdb worse. Whomever is interested in following up, here is a lead from a vehicle is I made last month:

NoPo commuter, thank you very much. The Crimestoppers link works for me (if I click the “submit a tip” in the middle of the page rather than the one in the top right), but I’ve forwarded your tip directly to PBOT’s spokesman, too.

Michael,
The webpage was down when I attempted last night, works for me today.
Feel free to delete/moderate the post and this response- I spoke with PPB this morning and that vehicle has already been investigated. I will keep looking.

Any way we can contribute online or by mail?

I would keep an eye on the traffic on Swan Island. Lots of truck drivers down there. Also watch the boat ramps as it might be a weekend boat hauler.

This was a lovely and moving event. I loved the Cooley family – I especially connected with Mike’s mom Mary – and we plan to stay in touch. Mike himself is quite handsome and looked good… but the tube in his throat and the wheel chair, well, I alternated between deep empathy, terrible sadness, and nearly overwhelming rage. The quartet was amazing, the food was good, the people helping out were inspiring, and the hundreds of attendees exuded love and concern. I hope Mike and Lori received lots of money!