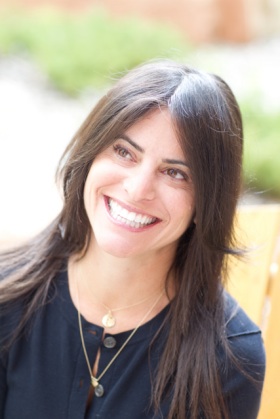 Rapha, a London-based bike apparel and accessory company with its North American headquarters in Portland has made a major new hire. Hillary Benjamin is now Head of North America – Marketing & Sales. Check the press release below for more info…

Portland, Oregon, June 17, 2013 -­-Rapha today announces the hiring of Hillary Benjamin as Head of North America – Marketing & Sales for the company’s Portland, Oregon-­-based North American office. She takes the position previously held by Slate Olson, who moves to the London office in a new role as Chief Marketing Officer. Hillary will oversee the North American office, eight Portland-­-based staff and one in New York City, as well as the San Francisco Cycle Club and the soon-­-to-­-open New York City Cycle Club. She begins July 1, 2013.
“Rapha has been growing at a brisk pace since we set our North American roots in Portland in 2008, “ says Slate Olson. “Back then it was just me and a few part-­-time freelancers in a 600-­-square-­-foot space above a garden store. Five years later we have a beautiful office and event space in Northwest Portland, a thriving Cycle Club business and US distribution from Portland with our partners at OIA Global,” he says. “We have even greater growth expectations for our North American business and recognize that we need a strong, experienced business leader who can put 100% focus on this market as I transition to a global role based in London. Bringing Hillary in to drive our business and further define the brand is an exciting step to ensure our future. Her experience in the luxury space, online marketing, retail and her knowledge and passion for cycling gives us a lot of confidence.”

Mrs. Benjamin previously held the position of VP of Marketing for the Cycling Sports Group (Cannondale, GT, Schwinn & Mongoose Bicycles) where her marketing strategies led to growth for the four historic bicycle brands. She also served as the Senior Director of Marketing for Equinox Fitness Clubs and grew the New York City-­-based premium fitness center into a strong national brand. The Marin County, California native is eager to return to the West Coast and to immerse herself in the cycling-­-rich culture of Portland, Oregon. “In high school, I tried every other sport except cycling. Now I find myself in the dense core with a brand I believe would have spoken to me back then. Go figure,” says Benjamin. “Rapha is truly passionate about road cycling and the North American office leads with thoughtful promotions, event support and their renowned lunch rides. Slate has assembled a world-­-class team and I look forward to what we’ll do next; no doubt it will be fun.”
“I’ve been known to have a competitive streak, “ she says. “Growing up, friends and family always thought my twin sister had the cooler job; she was a NOLS instructor. I believe I’ve caught up.”

Welcome to the Film Exchange building, Hillary. signed, the landlord