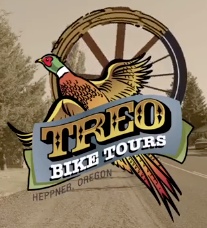 A 300 acre ranch located near a ghost town about 190 miles east of Portland is the latest sign that bicycle tourism is poised to deliver a jolt to Oregon’s rural economies.

Phil and Kathy Carlson founded Treo Ranches as a bird hunting destination in 1987. Since then they’ve built a strong business, but now they’ve realized there’s another market worth shooting for: city slickers on bikes. A press release about Treo Bike Tours‘ new, all-inclusive group cycling retreat packages states that the ranch, “is reinventing itself as a vacation destination for urban cyclists who want to experience the Old West by bicycle — and maybe even shoot few rounds while they’re at it.” 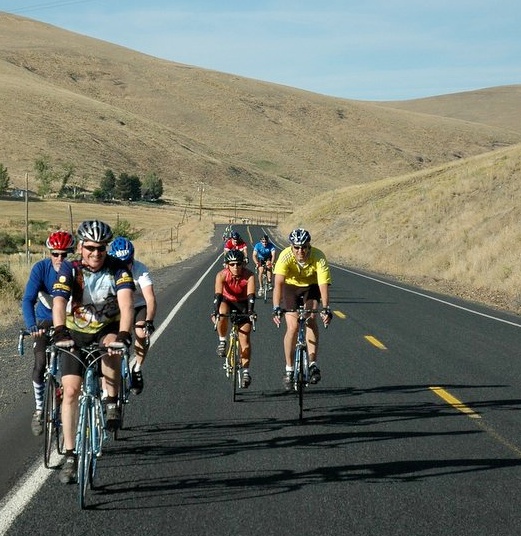 The packages start at $225 per person per night and the price includes everything: Treo will feed you three meals a day, put you up in their 3,200 square foot guest house (which boasts a hot tub, beer on tap, a pool table, and more), and even offer full ride support when you’re out on the roads (including a mid-ride picnic lunch!). Speaking of roads, the riding around Heppner (pop. 1,291) is fantastic and relatively auto-free. Treo also has bike route maps and suggested itineraries at the ready.

Here’s a promo video put out by Treo:

The Carlsons are taking reservations now for the first dates in May. Check out TreoBikeTours.com for more info.
—
Treo Bike Tours is an exciting development for bicycle tourism in Oregon. Since the first Oregon Bicycle Tourism Summit (now known as the Oregon Active Transportation Summit) back in April 2006 to its prominent role at the National Bike Summit, bicycle tourism in Oregon has gone from an idea pushed by activists to a full-fledged industry with government backing in a relatively short time. Collaboration between Travel Oregon, grassroots advocates, the State of Oregon, and jurisdictions throughout the state have created a socio-political infrastructure that holds vast potential.

This is just the beginning. It’s going to be very fun to watch bicycle tourism grow in Oregon.

Delve further into Oregon’s bicycle tourism news and industry via the archives.

Very cool. Are there any trail riding opportunities nearby? Would be amazing to combine some road riding, some mtb, and a little shooting & fishing on the side.

The hospitality at Treo is off the charts and yes, they accommodate mountain biking as well. There is also a rifle range that you can use as well.

Sounds interesting. No mention of opportunities for off-road biking on the ranch land. 300 acres is a fair sized parcel. but there are Oregonians with far, far larger ranches where this kind of biking opportunity could possibly open up. For example, mentioned a few days ago in an Oregonian story, the couple that owns a 22,000 acre ranch and a 560 acre farm in Eastern Oregon.

Awesome! I’m glad to see this. I get together with a bunch of buddies from California every year to do some riding. We’re putting this place on our list!

Cycling and… bird hunting? Seems like an odd pair.

Heppner is a great start/finish point for the Blue Mountain Scenic Bikeway. See:
http://rideoregonride.com/inspiration/itineraries/blue-mountain-century-scenic-bikeway/
and
http://www.visiteasternoregon.com/cyclingeasternoregon/
If you are looking for trails to ride and don’t already know about it, come check out the Echo Hills trails. Trail maps are on the race site here: http://echored2red.com. There are also a number of videos up on youtube. It’s private land, so no hunting.

This sounds like a great retreat! If you’re looking to head out to Treo, they’ve generously donated a trip for 4 to our Alice Awards & Auction this year!

I do not miss everything about the east coast, but this does remind me of something I miss and have yet to find in OR.

Love this place. We would camp for the whole weekend or just show up and ride all day and they would have lunch ready when we were done….