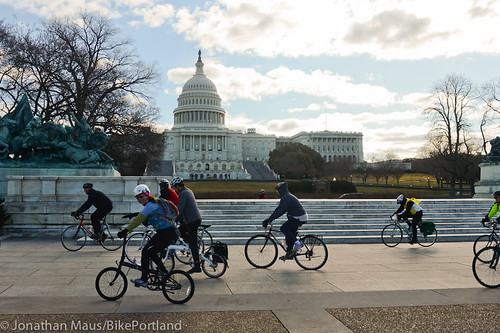 With the Bike Summit in our rear-view mirror, I thought it’d be fun to share a few of my favorite photos from the event. These images are ones that haven’t already appeared in previous stories. 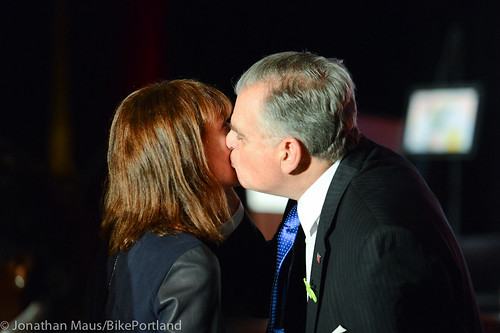 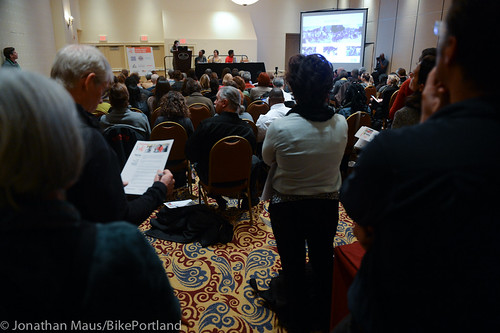 The jam-packed room for the, Community-based Bicycle Advocacy: Building the Movement from the Ground Up session shows the popularity and excitement for this aspect of bike advocacy. 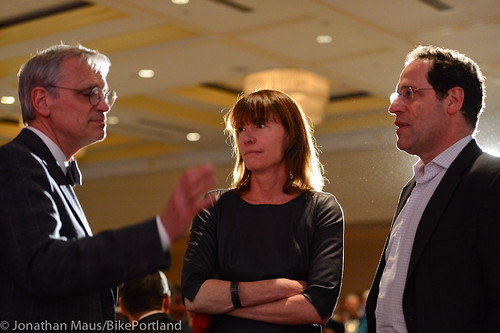 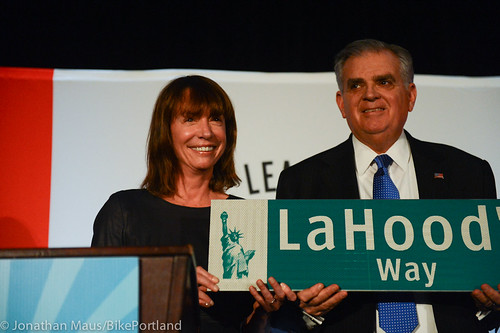 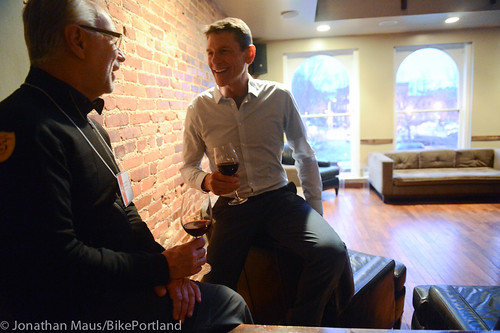 So much of the value in the Bike Summit comes from private conversations with old friends. In this photo, Hill Abell, a bike shop owner and member of the Mountain Bike Hall of Fame from Austin Texas and Jerry Norquist of the National Bicycle Tour Directors Association, share a glass of wine at the BikesPAC party on Capitol Hill. 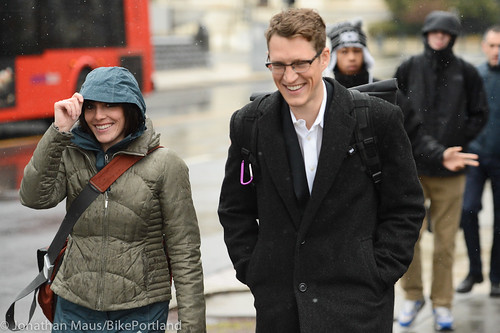 Travel Oregon staffers Jamie Porter and Harry Dalgaard braved the elements to share the benefits of bike tourism with members on Congress on lobby day. 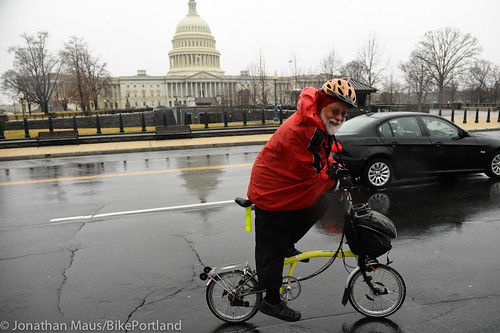 Oregon advocate Jerry Zelada was not deterred by a bit of rain and snow. 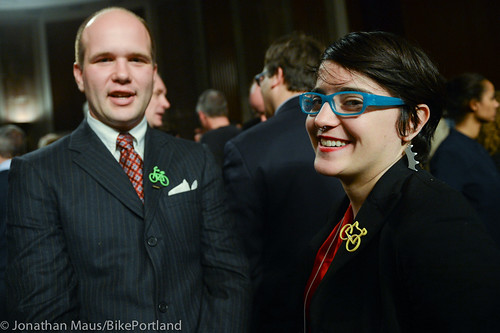 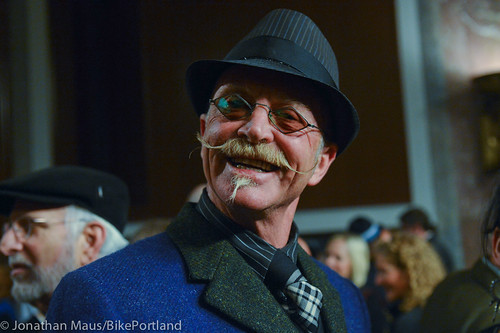 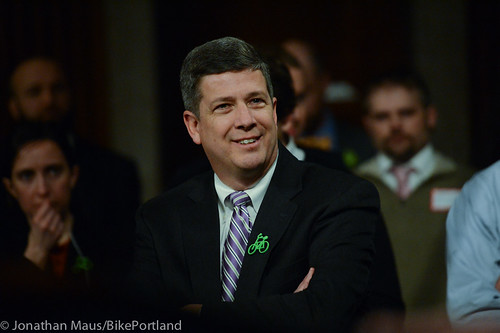 US Deputy Secretary of Transportation John Pocari is thought to be on a short list to be Obama’s next transportation secretary. 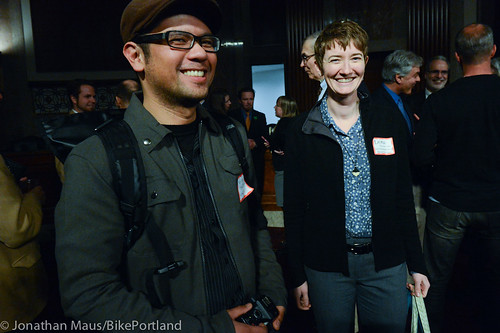 Portland residents Russ Roca and Laura Crawford attended the Summit for the first time to network, share their experiences, and learn about bike tourism. 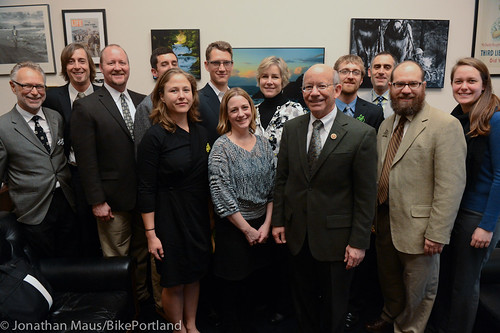 Nice Photos you got there Jonathan… Thanks for reporting this for us!

Great photos!! Thanks for sharing.