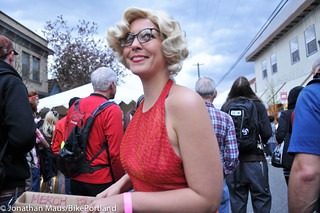 Despite a bit of water falling from the sky, Portlanders took to SE Clinton Street on Friday night to celebrate the 10th anniversary of Filmed by Bike. There was drinking, dancing, talking, and being seen among a healthy crowd of bike-loving film-goers — or maybe it was film-loving bike riders. Either way, at Filmed by Bike it doesn’t really matter.

We even had bike celebrity on hand with mountain biking and bike industry icon Gary Fisher rolling up on the party accompanied by a big group of riders from the downtown Bike Gallery. Fisher’s bike (a borrowed Trek Allante) proudly hoisted the Filmed by Bike flag and he posed with scores of fans for pictures while dressed in red plaid suit and matching hat. 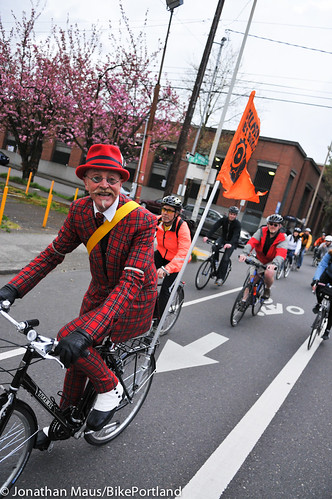 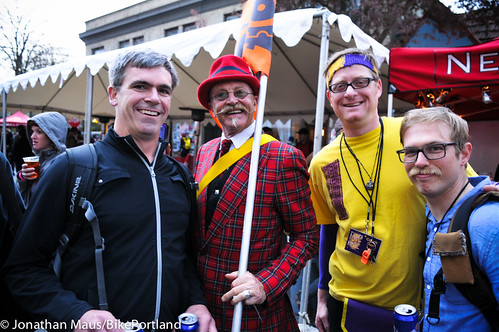 A KGW-TV news van was on the scene, interviewing event founder and organizer Ayleen Crotty and others. At one point, anchorman Joe Smith went up to Fisher and said, “So, they say you invented mountain bikes?” (Fisher carefully dodged the question, preferring to talk about how he helped name the phenomenon and then simply helped deliver bikes to meet the demand.) 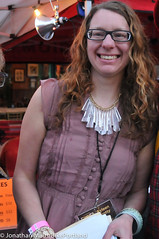 For Crotty, the big party and the news cameras were never part of the plan. “The first year I had no idea it would even happen more than once,” she shared with me, speaking loudly over the live music of Karl & The Jerks, “It was just a flash in the pan idea; but the crowds showed up that first night and I thought, I guess I should do this again!”

Even though the fest’s long-time venue, the venerable Clinton Street Theater, was sold last week, Crotty says the new owners are fully on board. Crotty say Roger and Lani Jo Leigh are “committed to providing art and community spaces” and that Lani Jo is a filmmaker herself.

For Crotty, the event is about bringing the many strands of Portland’s bike scene together and showing off the artistic side of people who ride. “A night like tonight puts bikers on a pedestal and says, we’re creative, we’re artistic and we do these amazing films.”

Inside the theater, the films were indeed amazing at times. And diverse.

In one of my favorites, Brandon Loper shared, Unwieldy Beast the story behind San Francisco musician Gary Frank’s piano bike named, “St. Frankenstein.” Another film, Mad Max inspired The Loaded Warrior, pitted freak bikers against each other in a human-powered quest for the last drop of beer. Confessions of a Pedalphile got by far the most laughs. It chronicled the struggle of a grown man who loves tiny kids’ bikes. I mean really loves them.

Check out more images from opening night below… 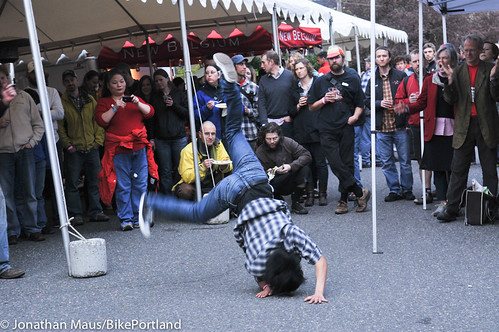 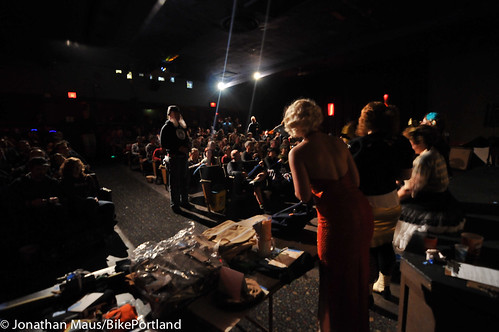 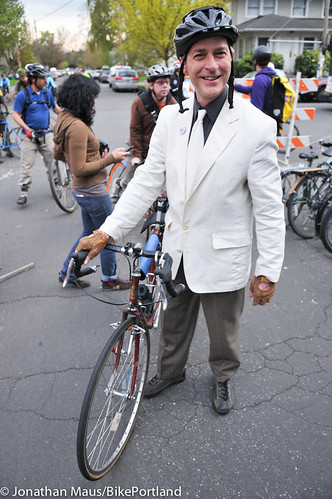 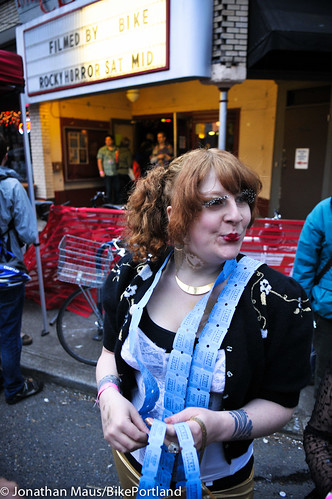 Karl & The Jerks (minus Karl, scroll down)… 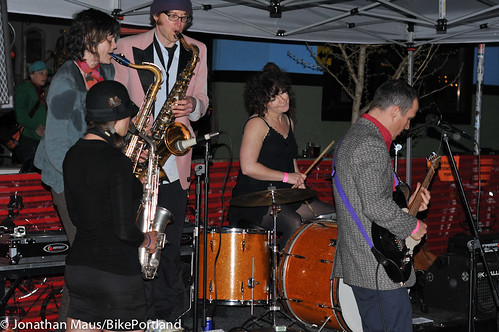 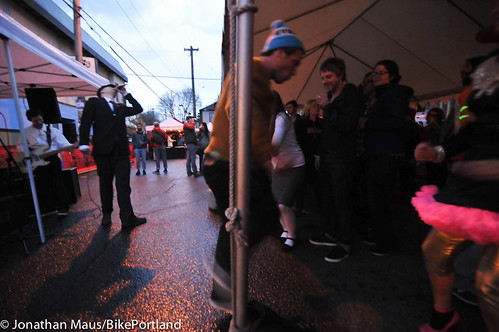 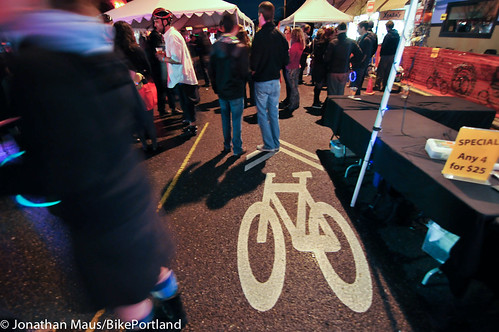 There are still two days left to experience Filmed by Bike. Tomorrow is a special screening of cyclocross movies and Wednesday is the Best of the Best! showing. Check out the schedule for all the details.

Thanks for the write-up, Jonathan! I think the highlight for me was seeing Gary Fisher on stage waving the flag encouraging everyone to keep riding bikes and doing their thang. Only he said it much better!

Join us Tuesday for cyclocross movies from around the world and Wednesday for our favorite movies from the archives. We want to see a PACKED house as the grand finale of Filmed by Bike. Hope to see you there!