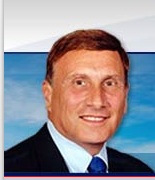 A chance to meet Chairman Mica.

Next Monday (2/21) the United States House Transportation and Infrastructure Committee will make a stop just north of Portland in Vancouver, Washington as part of a national tour of field hearings. The goal of the meeting is to get feedback and a local perspective on how to approach the reauthorization of our nation’s transportation law.

The meeting is being coordinated by the office of Congresswoman Jamie Herrera Beutler (R-WA) and will take place from 9:00 – 11:00 am at the Vancouver PUD Community Room (1200 Fort Vancouver Way).

Herrera Beutler issued a statement about the meeting via press release today:

“… I’m pleased that Chairman Mica is coming to Vancouver to receive the input of a diverse range of local transportation stakeholders and experts, and that he’s making time for open dialogue with the folks of Southwest Washington. Our region’s future economic growth and job creation will require an efficient and well-maintained transportation system.”

This meeting is a rare opportunity (only 12 such hearings are being held) to bend the ear of Committee Chairman John Mica (R-FL) at a time when the national discussion on transportation is heating up. Our existing transportation law (SAFETEA-LU) expired in September 2009 and has been kept alive by a series of temporary extensions. Just yesterday, President Obama unveiled his budget, where he set aside $556 billion for transportation — of which $850 million is set aside for light rail on a new I-5 bridge over the Columbia (which is surely going to be a major topic at the meeting).

At the meeting, you’ll hear brief opening statements from Members of Congress and then there will be a period of prepared statements and a Q & A session from “a panel of local transportation experts and stakeholders.” The second portion of the event will be open to members of the public to share comments. Chairman Mica will moderate the entire session.

Are there any professional studies by non-bicycle affiliated organizations that show that, while taxpayer investment in any local infrastructure increases local jobs, bicycle and pedestrian infrastructure produces more employment per dollar spent than automotive infrastructure?

Jobs creation seems to be the only thing anyone is listening to these days aside from reduce all spending. If an impartial study can show that bicycle and pedestrian infrastructure is the better long term investment and that in the short term at least it produces more jobs than it will be difficult to ignore.

If only it were that easy q’Tzal. Reports and studies often do very little to influence politics — especially when they are coming from a minority interest against the dominant paradigm. We can produce all the studies we want (and in fact, a recent one pointed out that per 1 million, bike/ped projects DO create more jobs than highway projects).

Good research and data — while very important to collect — isn’t what’s holding biking back in America. It’s politics and the lack of true political champions that aren’t afraid to stare people in the eye and make the case that bicycling is dollar-for-dollar the best investment cities can make.

Not only that but a strong republican voice that would pick that torch up and run with it. Which is a shame. Especially with ardent bike foe james inhofe being the ranking senator on the EPW committee.

That and a nation of people who’d rather sit in their cars than overcome perceptions and fear and ride bicycles on the road.

For our regional friends:
the meeting location is very easy to reach by bike, commuter rail, foot and transit.

Foot: It is a 10 minute walk from Downtown Vancouver into the Historic Reserve (Officers Row/ Ft Vancouver Library Main Branch).

Bike + Transit: bike 15 to 20 minutes from terminus of Trimet lines: Yellow Line MAX /Rt 8/ Rt 6; cross I-5 Bridge then north on Columbia, turn east on Evergreen then north on Ft Vancouver Way. PUD is on the west side of road.

Transit: C-TRAN Express Bus 105 ($3.25) from downtown Portland to Vancouver – 20 minute ride. Get off at Evergreen stop (second stop after I-5 bridge). Then walk on north side of street ~10 minutes east to Ft Vancouver then 1 minute north.(Or you can transfer to #32 CTRAN east/north.)

AMTRAK: 20 minutes from Portland or 40 minutes from Kelso. The Vancouver Station is a 30 minute walk or 10 minute bike ride to the PUD. Or call ahead for a taxi (Clark County Cab, Radio, etc.).

I moved here last summer after living in Florida for 45 years. Don’t expect much from any politician from Florida with a (R) after their name.