“The transportation package passed today is the most environmentally progressive in Oregon’s history.”
— From a statement by the Oregon Senate Democrats

The Oregon State Senate has voted in favor of House Bill 2001 by a margin of 24-6. The bill, which backers say will create 4,600 jobs a year, did not include any changes from the House version that passed on Wednesday.

The Bicycle Transportation Alliance (BTA) made a last-ditch call to action yesterday hoping that the Senate would strip out the $192 million earmark for the Newberg-Dundee Bypass project and instead add more funding for bike and pedestrian projects.

Inside HB 2001 are $840 million worth of new highway projects, most of them in rural Oregon counties. There are also a host of less-exciting and much less expensive programs that will fund green-leaning pilot projects, transit, and bike and ped facilities (we’ll have a fun rundown of what’s in the bill next week). 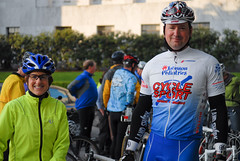 Even though insiders told us the vote was lined-up long ago and there was little chance the Senate would make any changes to the bill, the Newberg-Dundee project was getting an increasing amount of negative media attention (including a major editorial in The Oregonian this morning).

“In these tough times we cannot allow Oregon to get stuck in traffic. This transportation package keeps our state moving by building roads and bridges, creating thousands of jobs and reducing greenhouse gases.”

Despite strong opposition from Oregon’s leading environmental, land-use, and conservation non-profit organizations, the statement also said that, “The transportation package passed today is the most environmentally progressive in Oregon’s history.”

We’ll have more on this next week.

How do you spell the sound of puking?

save our roads, ban studded tires!

Where can I find the Senate roll call vote. I want to look up how my senator voted.

I’d like that information also, how they voted because that may dictate how I will vote.

It certainly will go down on my list of things to consider next time I vote. My rep. in the house voted against the bill (and against his party line) and I wrote him a very appreciative letter. We’ll see what type of letter my senator gets as soon as I can find the roll call vote.

Any chance this thing can still be sent back to the drawing board by the governor?

arf arf. i support a gas tax / registration fee increase, but the earmarks in this bill are seriously dog-ified.

hey folks,
i just added the list of senators who voted against it.

But it is true that CRC funding was not included?

Let’s wake up folks. The lobbyist rule Salem. ODOT rules the roads and put’s cars above all other needs.

Let’s hold the weasles accountable
Take 3 minutes to call them!

Only 6 offices had the guts to make a statement on the bridge. The rest of them are too busy to make a comment. Those who responded: Sen Carter, Sen Dingfelder, Rep Cannon, Mayor Adams, DEQ. and Rep Jeff Smith who by accident got left off the report card.

There’s great write up that explains why this bill is how it is over at Blue Oregon.