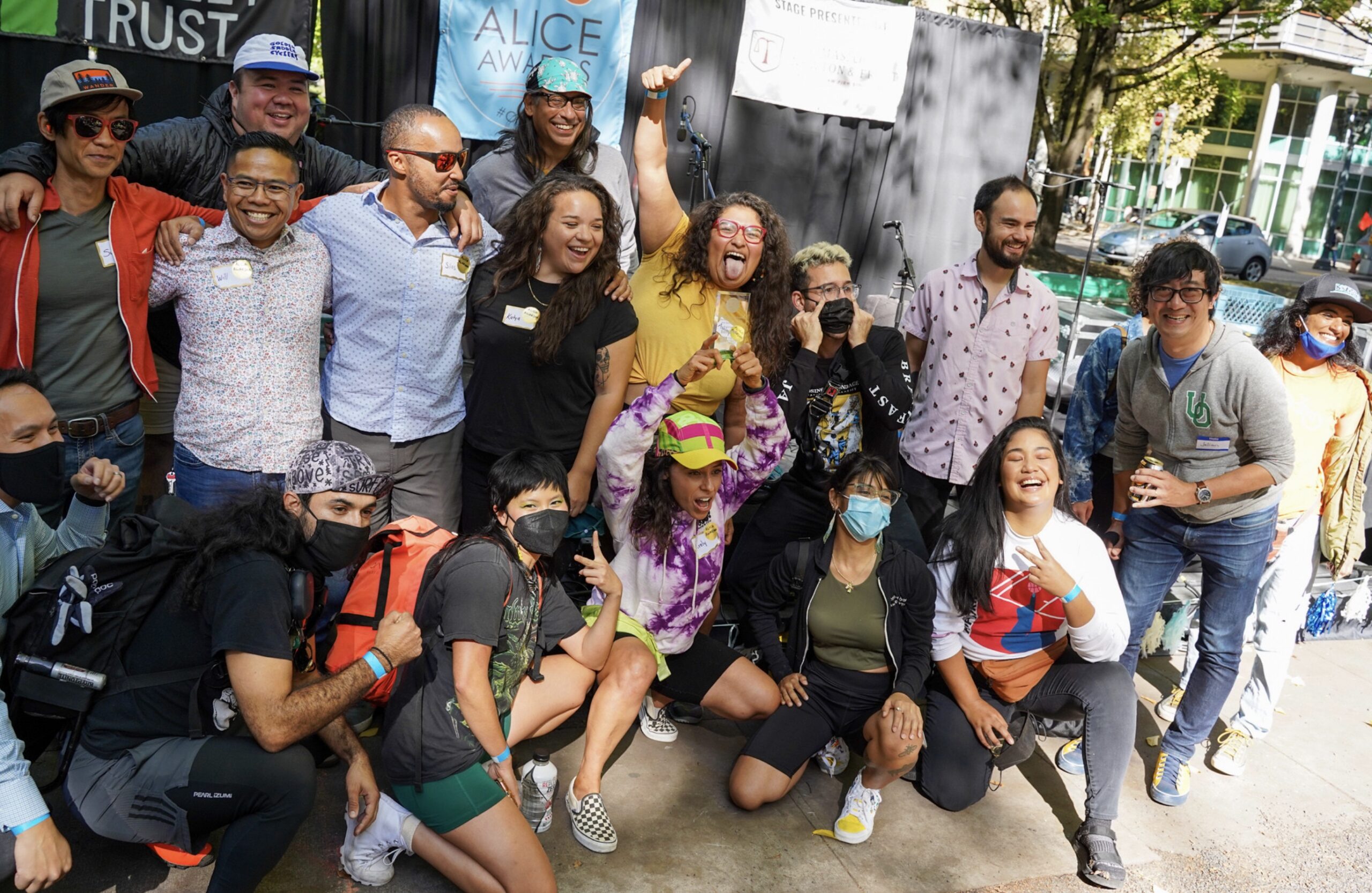 Racing bikes and riding them for fun over rough terrain and long distances can be a very expensive endeavor. In most cities, including Portland, the racing and serious riding scene is also dominated by white people. Those two factors erect significant barriers for Black and other people of color who love bikes and want to get more into the sport, but often feel unwelcome to join the club or simply don’t have the best gear to succeed.

HiFi Sound Cycling Components, an east Portland-based company founded in 2013, recognized these barriers and has stepped up to do something about it.

This week we learned HiFi won $10,000 through Prosper Portland’s Inspiring Diversity Grant program. The company then added another $5,000 in-kind donation and plans to give all the funds to local riding group BikePOC PNW.

BikePOC PNW formed in early 2021 as a response to the national reckoning around racial justice that followed the police killing George Floyd. The group provides a safe space for Black, Indigenous and people of color to ride together, explore their cycling potential, and create community.

BikePOC PNW’s relationship with HiFi started last year when the company set them up with bikes, and heavy discounts on their popular wheelsets and other components.

According to BikePOC PNW leader Will Cortez, this $15,000 in funding will allow them to upgrade the bike library, host a series of off-road cycling clinics, cover race registration fees, purchase club jerseys, and more.

For Cortez, the support from HiFi isn’t about the money. “Take away the gear and racing and events, and this is about people.” In a conversation with Cortez today, he said the funding will also be used to pay for trauma healing courses for people in the club who need it.

Cortez said he believes HiFi is an outlier in the local bike racing community when it comes to walking the talk around diversity, equity, and inclusion.

“We’re not being tokenized. HiFi isn’t tooting their own horn and using us for their own purposes. They’ve been a silent partner. They let us craft what this partnership looks like,” he said.

Too often when a company makes a diversity pledge, they either do nothing or they expect Black and Brown people to do all the work. That’s a red flag for Cortez. With HiFi, he said “It’s not an extractive relationship.”

HiFi has also used its industry connections to advocate on behalf of BIPOC racers, using the confidence and awareness they’ve gained through their relationship with BikePOC PNW.

While Cortez applauded HiFi’s approach, he said they’re outliers in a community where Black and Brown riders face challenges.

Related: Gender and race-inclusive groups and rides are blooming in Portland

Cortez used to be a member of the Oregon Bicycle Racing Association’s (OBRA) Diversity Equity and Inclusion advisory committee, but he recently stepped down over disagreement in how they handled a racer who competed with a swastika drawn on his shirt.

“I was emotionally exhausted,” Cortez said about his experience on the OBRA DEI committee. “It was very labor intensive. There was an expectation that the Black and Brown co-chair would lead the work, but the work was never defined and it seemed like an afterthought,” he said. Cortez appreciates that HiFi is being proactive instead of just sitting back and waiting for things to change.

HiFi Cyclocross Team Manager Erin Lolich said she’s enjoyed working with BikePOC PNW. “It’s an amazing group of brilliant, talented, fun-loving people on bikes. What could be better?” She called the funding and other support, “A small, very important step toward deconstructing white supremacy in the Portland cycling community.”