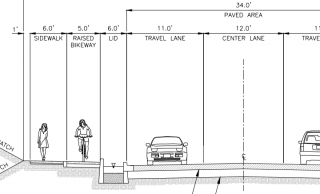 Portland’s neighbors to the north are planning a project that could set an important precedent in Clark County: a street rebuild that’s currently set to include a raised, protected bike lane.

It’s part of the planned expansion of SE 1st Street between 164th and 177th avenues, which is currently a two-lane street. The changes would add six-foot-wide sidewalks, raised five-foot-wide bike lanes and six-foot wide drainage swales to each side of the street, plus a center turn lane.

This neighborhood is north and a bit east from 122nd Avenue in Portland, and the context is somewhat similar: the auto-oriented residential neighborhoods that cover most of the area don’t offer a connected grid, so 1st Street is one of the only ways to get east and west, on a bike or otherwise. 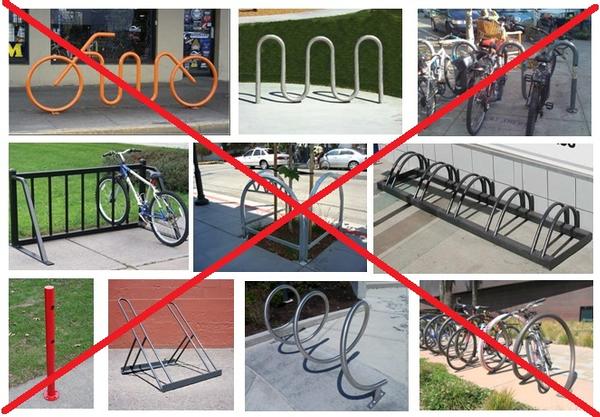 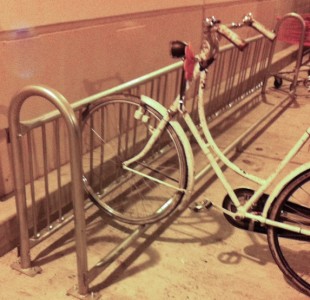 Not going to cut it.
(Photo: Todd Boulanger)

Last week we shared the unfortunate story of new bike parking at the U.S. Bancorp Tower. It’s unfortunate because — despite a brand new, million dollar plaza renovation — whoever installed the bike racks got it completely wrong (we’re still waiting to hear back from the architecture firm that led the project).

That story had us checking the City of Portland code to see if the new Bancorp Tower racks were in compliance (they appear to violate at least one Administrative Rule). On a similar note, a few weeks back we heard from reader and former City of Vancouver (WA) transportation planner Todd Boulanger. Boulanger cc’d us on an email to Sarah Figliozzi, a bicycle program specialist at PBOT.

His emailed contained that photo above and this message: