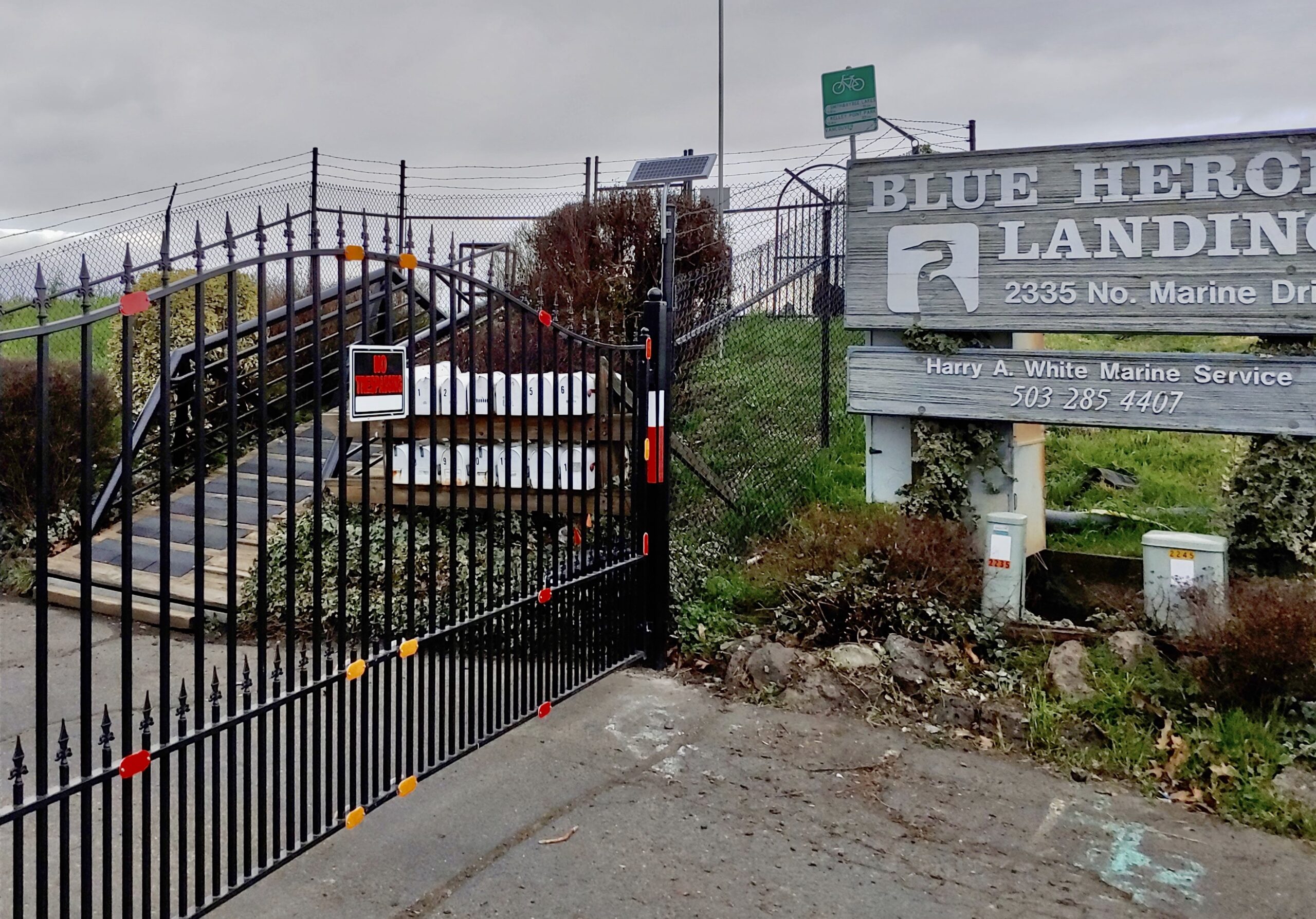 A property owner’s effort to curb crime has resulted in the loss of an access point to the Marine Drive bike path.

“All I want to do is protect our members and our property… This is not a freeway.”
— Terry Emmert, owner of the Eastmoreland Racquet Club

Terry Emmert, the owner of the Eastmoreland Racquet Club (and Emmert International), takes full responsibility for erecting an iron gate across a spur of the Springwater Corridor Trail in southeast Portland. Despite outcry from nearby residents who use the short section of the path to access the Springwater, opposition from the Bicycle Transportation Alliance (BTA), and murky legal standing, Emmert says he’s simply protecting his private property.

Today the City of Portland announced that they have reached an agreement with Emmert to move his gate further west, back onto his own property. While this takes the gate off of City property, public access through the Eastmoreland Racquet Club will remain closed.

I spoke with Emmert about this issue on the phone Wednesday. 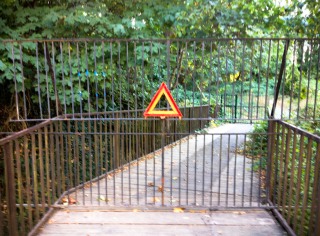 A gate now closes off a popular spur of
the Springwater Corridor Trail over Johnson Creek.
(Photo: Morrie Erickson)

The owner of the Eastmoreland Racquet Club in southeast Portland has closed a popular section of the Springwater Corridor Trail. As of about one week ago, a gate has been erected across the section of the path that leads through the Racquet Club on the west side of Johnson Creek just west of SE 37th Ave. The closure was done without notifying the City, it has led to confusion for the many bikers and walkers who rely on the route, and local residents have begun a crusade to fight it.

Portland Parks & Recreation spokesman Mark Ross says they have received several inquires about the gate. Asked about it yesterday, Ross told us, “We were not consulted or informed regarding the closure.” He added that the history of this section of the Springwater path is “a bit murky” and that, “We are currently trying to determine ownership before we make any final decisions on what to do with the trail segment.”