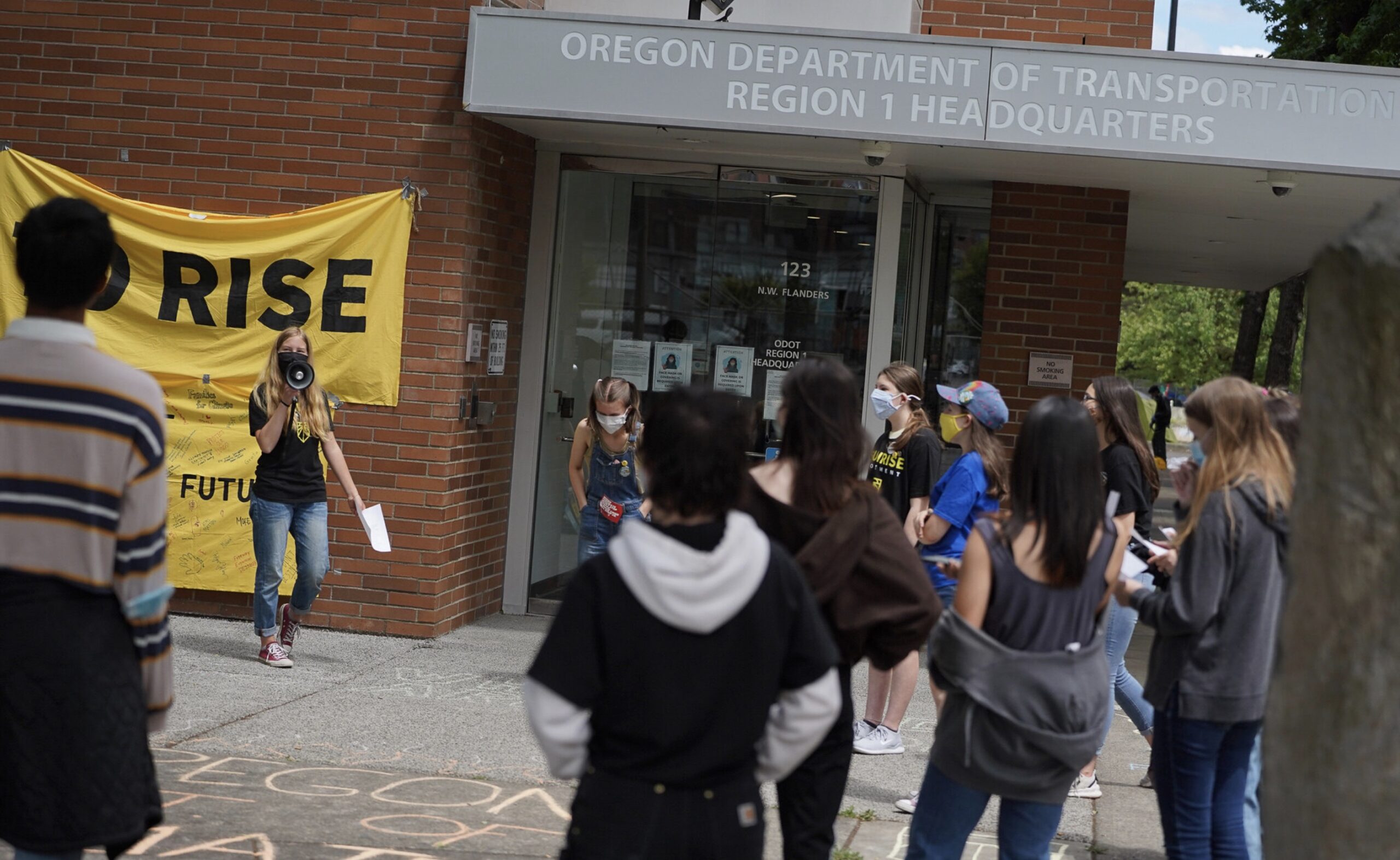 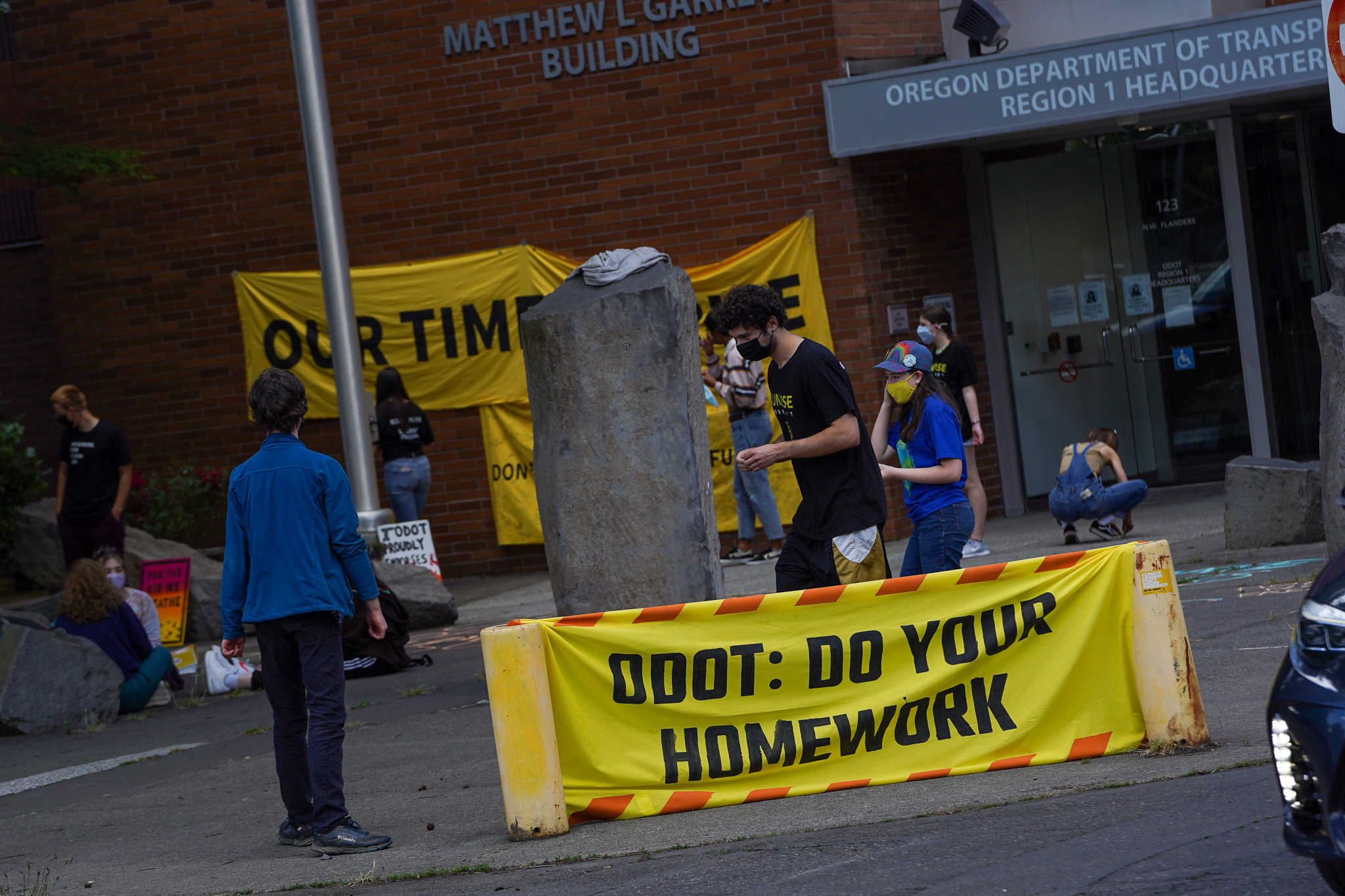 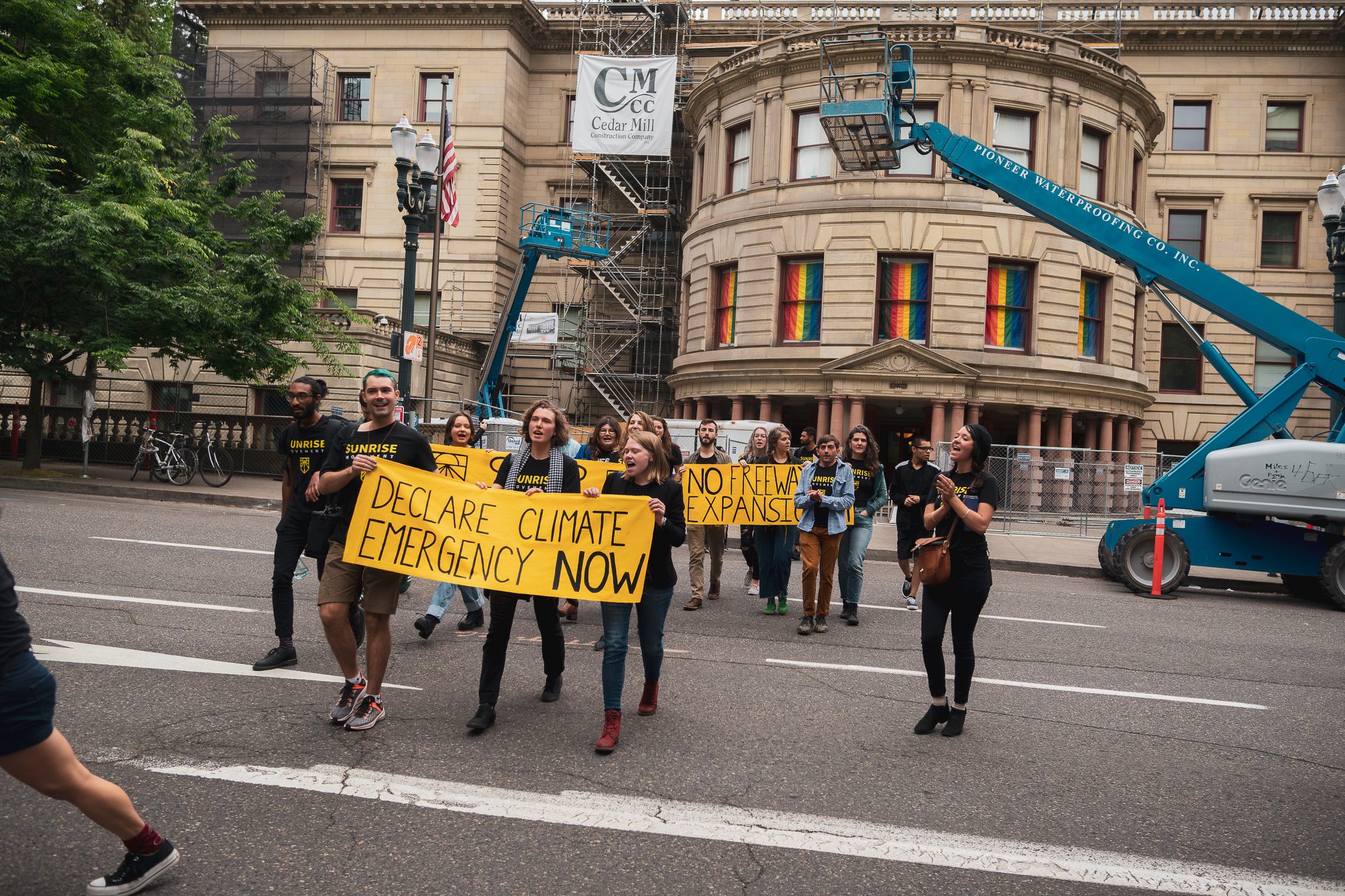 Led by Extinction Rebellion PDX and 350PDX, activists called on Mayor Ted Wheeler to declare a citywide climate emergency. In addition to a creative and colorful rally that took over the street, activists from Sunrise Movement staged a sit-in in Wheeler’s office.